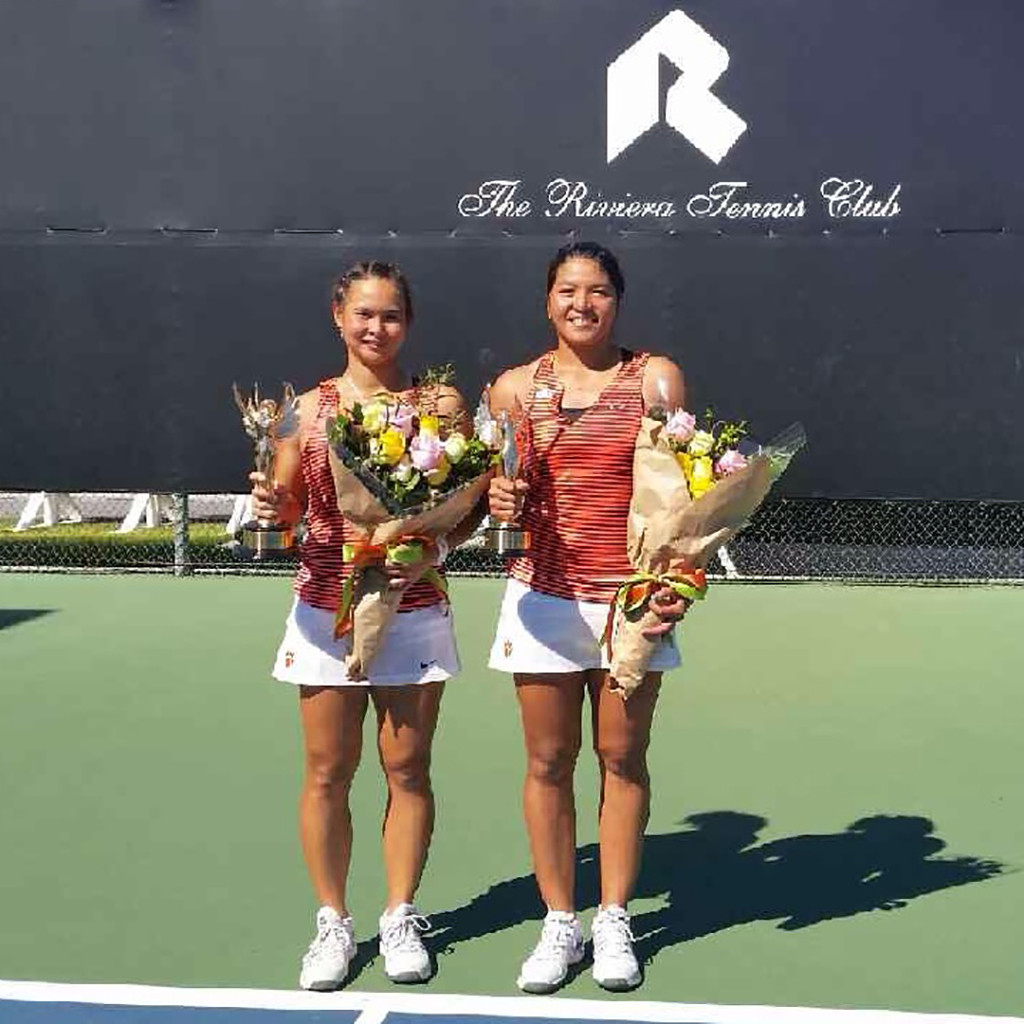 PACIFIC PALISADES, Calif. – The doubles team of Beatrice Gumulya and Jessy Rompies won the 2014 Riviera/ITA All-American Doubles Championship Sunday afternoon in Pacific Palisades, Calif. The Clemson duo, which was seeded seventh in the tournament, fought back to claim the title (1-6, 6-3, 10-8) after dropping the first set to Davidson/Zhao of Stanford.

By virtue of their berth in the championship match, Gumulya and Rompies are guaranteed a bid to the ITA Indoor Individual Championships in Flushing Meadows, N.Y. in November.

It is the first time in program history that a Clemson doubles team won the ITA All-American doubles title. In the fall of 2010, Josipa Bek and Keri Wong reached the finals of the tournament before falling in the title match. Bek and Wong went on to finish as the runner-up in the NCAA Doubles Tournament the following spring.

Gumulya and Rompies opened the Main Draw with a Round of 16 win over Doyle/Tsay of Stanford (6-7(9), 6-2, 10-5) on Thursday before defeating top-seeded and top-ranked Maya Jansen and Erin Routliffe of Alabama (3-6, 7-6(3), 10-7) in the semifinals on Friday. The Tiger duo then defeated Auburn’s Pleun Burgmans and Emily Flickinger 6-4, 6-3 (No. 5 seed, ranked sixth in the nation), in Saturday’s semifinals before matching up with Davidson/Zhao in the finals.

Clemson’s doubles team of Romy Koelzer and Tristen Dewar, ranked 45th in the nation, fell to sixth-seeded Chi/Susanyi of California 6-3, 6-3 in the opening round of the qualifying doubles draw.

In the prequalifying round if singles play, sixth-seeded Dewar, ranked 95th nationally, fell to Mai El Kamash of Mississippi 6-3, 6-0.