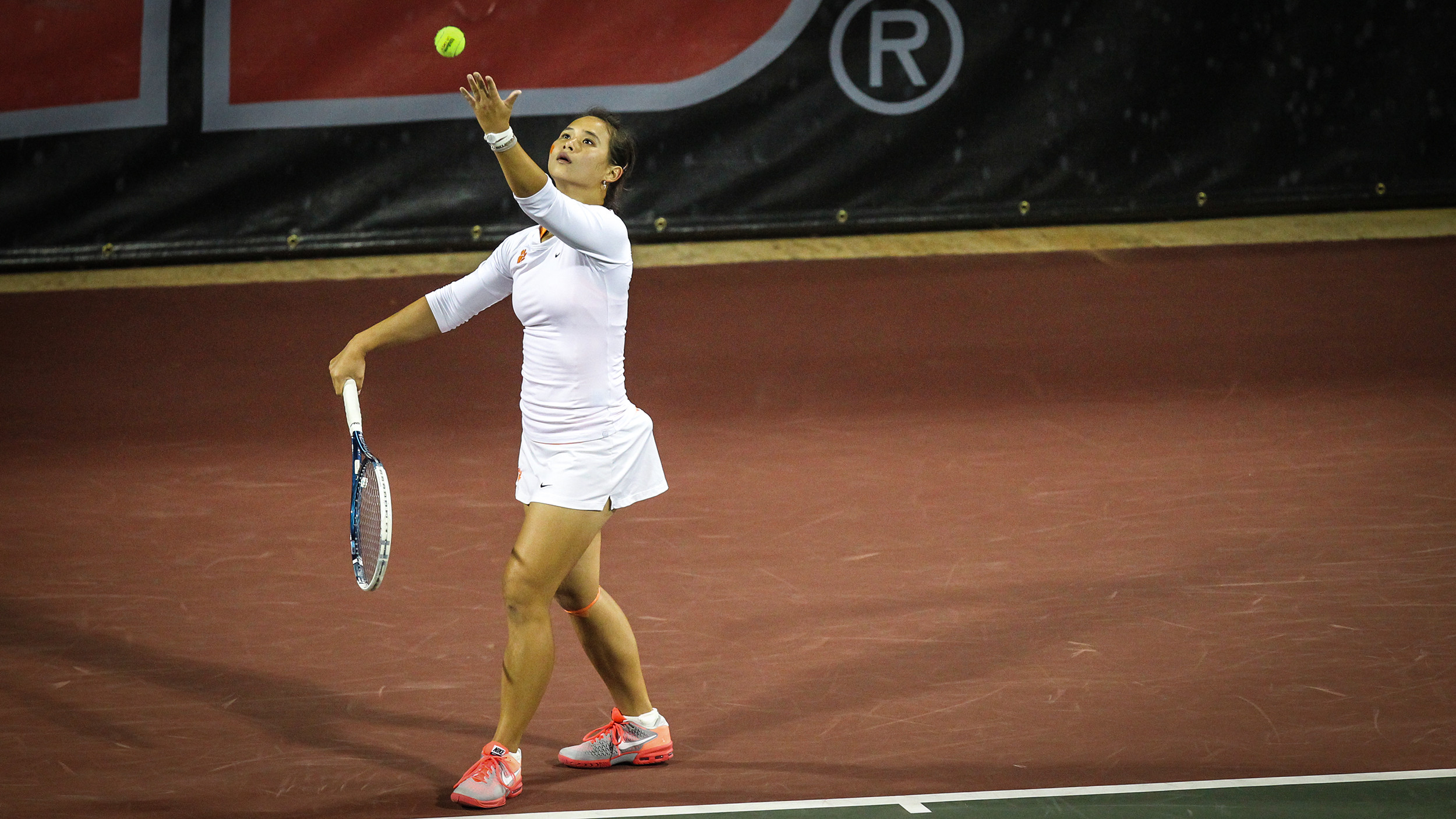 Rising senior Beatrice Gumulya and rising junior Jessy Rompies have been playing in International Tennis Federation tournaments in their home country of Indonesia this summer. Over the last two weeks, the duo has reached the finals in doubles together, while each has made a long run in the singles draws.  Two weeks ago in the $10,000 Tarakan the duo fell in a third set super-tiebreak in the finals. Last week in the $10,000 Solo, Gumulya made a run to the singles semifinals before bowing out in three sets. The tandem advanced to the finals, where they fell to a team that featured Kentucky’s Nadia Ravita, whom Romy Koelzer defeated in the NCAA Singles Championships in May.  Gumulya and Rompies finished the 2014 season ranked 26th in the country, and advanced to the Round of 16 in the NCAA Doubles Championships. Rompies had 32 doubles wins on the year, the sixth-most in school history, while Gumulya was a Third-Team All-ACC Selection.