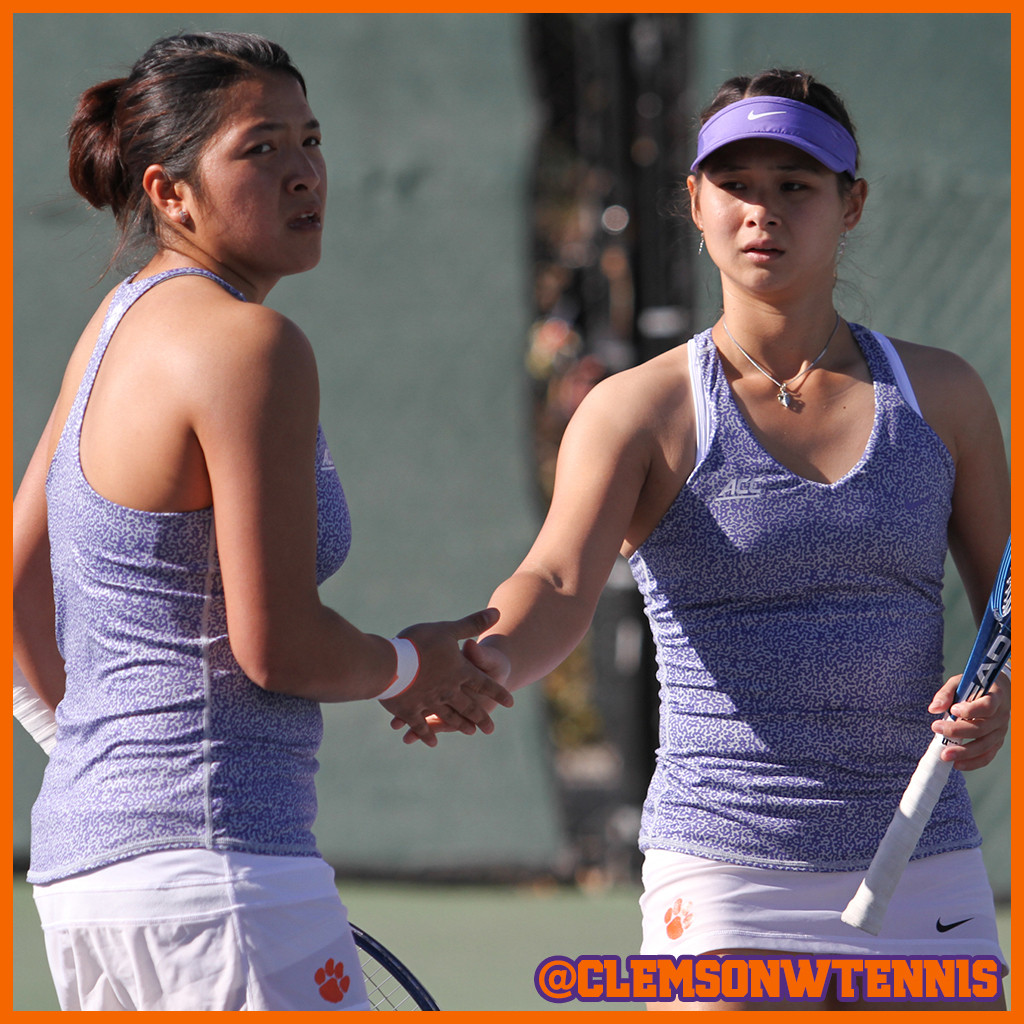 WACO, Texas – The 2015 season came to a close for Clemson women’s tennis seniors Beatrice Gumulya and Jessy Rompies in the quarterfinals of the NCAA Doubles Championships in Waco, Texas on Saturday evening. The pair, which is one of the more decorated doubles teams in Clemson history, fell to a duo from Stanford in three sets at the Hawkins Indoor Tennis Center on the campus of Baylor University.

Gumulya and Rompies, the number-four national seed in the 32-team NCAA doubles draw, won the first set 6-4 over Caroline Doyle and Ellen Tsay, before the Stanford team, ranked 10th nationally, rebounded to win the next two sets, 6-4, 6-4. With the loss, the natives of Jakarta, Indonesia dropped to 29-6 in 2014-15, and finished the year ranked in a tie for second in Clemson history in terms of doubles victories in a single season.

By virtue of their berth in the NCAA quarterfinals, Gumulya and Rompies earn All-America honors for the 2015 season. It is the first career All-America honor for both Gumulya and Rompies, but both Tigers have had highly decorated Clemson careers. As a doubles pair, they won the prestigious ITA All-American title in the fall of 2014, and also reached the semifinals of the ITA Indoor Championships. Gumulya earned All-ACC honors three times during her four-year Clemson career, while Rompies claimed her first career all-conference honor as a senior. Rompies also entered the school record books in 2013-14, posting 32 individual doubles victories to place fifth in that category.

The NCAA Doubles Quarterfinal berth is the farthest a Tiger women’s team has gone in the doubles tournament since 2011, when current Clemson volunteer assistant coach Keri Wong and her partner Josipa Bek reached the national title match.