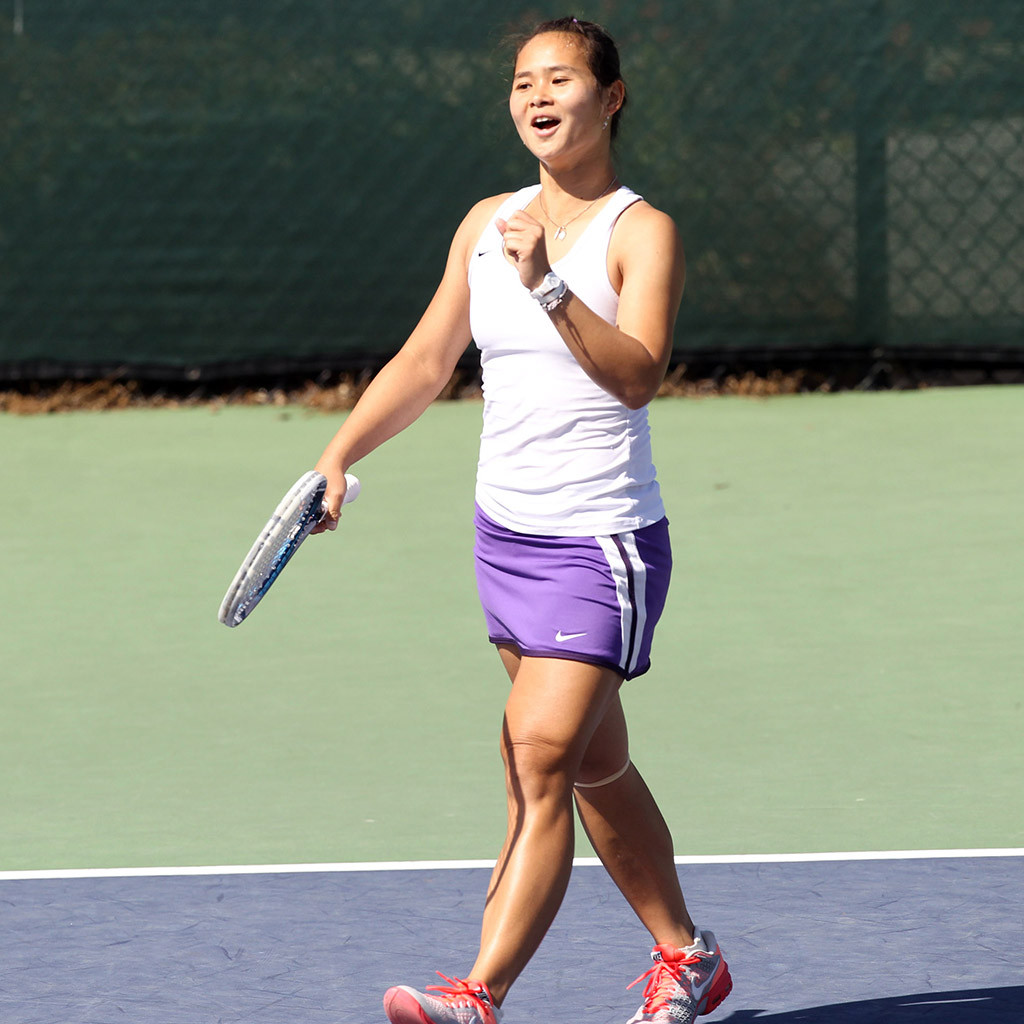 WACO, Texas – The women’s tennis doubles team of Beatrice Gumulya and Jessy Rompies won its Sweet 16 match at the NCAA Doubles Championships on Friday at the Hurd Tennis Center on Baylor University’s campus. With the win, the duo improves to 29-5 overall and advances to the Elite Eight of the tournament to be played on Saturday.

Gumulya and Rompies, ranked No. 4 in the country and seeded fourth in the tournament, defeated No. 19 Guiliana Olmos and Zoe Scandalis of Southern Cal in straight sets, 6-4, 6-3, to punch their ticket to the quarterfinal round. The teams swapped games in the first set before Clemson’s momentum took over at the end of the set to propel them to a 6-4 win. In the second set, the Tiger duo went up 5-1 before Southern Cal won the next two games to tighten the match. Gumulya and Rompies gained back control and won the second set 6-3, clinching the win.

Joana Eidukonyte’s impressive season came to an end in the Sweet 16 of the NCAA Singles Championships as the junior fell to No. 7 Jamie Loeb of North Carolina. Eidukonyte, ranked No. 12 nationally, fought hard through two rain delays but Loeb’s momentum powered her to a 6-3, 6-1 win. The native of Vilnius, Lithuania and First Team All-ACC member finished the year at 37-7 overall and tied for sixth in Clemson history for most singles wins in a season.

Gumulya and Rompies return to action Friday in the Elite Eight against the winner of Manasse/Starr (California) and Doyle/Tsay (Stanford). The time for the match is yet to be announced.