CLEMSON, S.C. – Senior Marissa Guimbarda hit her 59th career home run to help the No. 18/17 Clemson Tigers bounce East Tennessee State, 6-2, on Wednesday evening at McWhorter Stadium. Clemson improves to 34-14 on the year after the win as ETSU falls to 6-42.

The Clemson offense finished with 11 hits behind Guimbarda, Valerie Cagle and Cammy Pereira each finishing with two hits. The three of them also accounted for all of Clemson’s RBIs as Guimbarda finished with three, Pereira two and Cagle one.

The Tigers were playing from behind after ETSU took an early 2-0 lead in the first inning off a two-run homer. Clemson answered quickly in the bottom half of the inning after Cammy Pereira and Valerie Cagle hit singles to put two on with only one out. Marissa Guimbarda stepped to the plate and drove a 1-1 count out of center field for her 11th homer of the season and 59th of her career.

The Tigers kept things rolling into the second inning with freshman Aby Vieira leading off with a single down the left field line. Carlee Shannon came in to pinch run for Vieira, stole second and then took third as ETSU’s catcher made a throwing error. Arielle Oda was walked and moved into scoring position after stealing her sixth base of the year. With runners on second and third, Pereira hit a triple into deep center to plate both runners and push the Tigers’ lead to 5-2.

Clemson plated another run in the fourth inning after freshman Maddie Moore hit a double into right center, and Cagle brought Moore home with a double of her own into center. After four, Clemson led 6-2 which would hold for the remaining three innings.

Freshman Brooke McCubbin started in the circle for the Tigers and picked up two strikeouts in two innings pitched. Sophomore Millie Thompson earned her 10th victory of the year after pitching the middle three frames with three strikeouts. Sophomore Regan Spencer closed out the game pitching two innings.

Clemson returns to the field for the final ACC series of the regular season on Friday, April 29 at 6 p.m. when the Tigers play host to Georgia Tech at McWhorter Stadium. 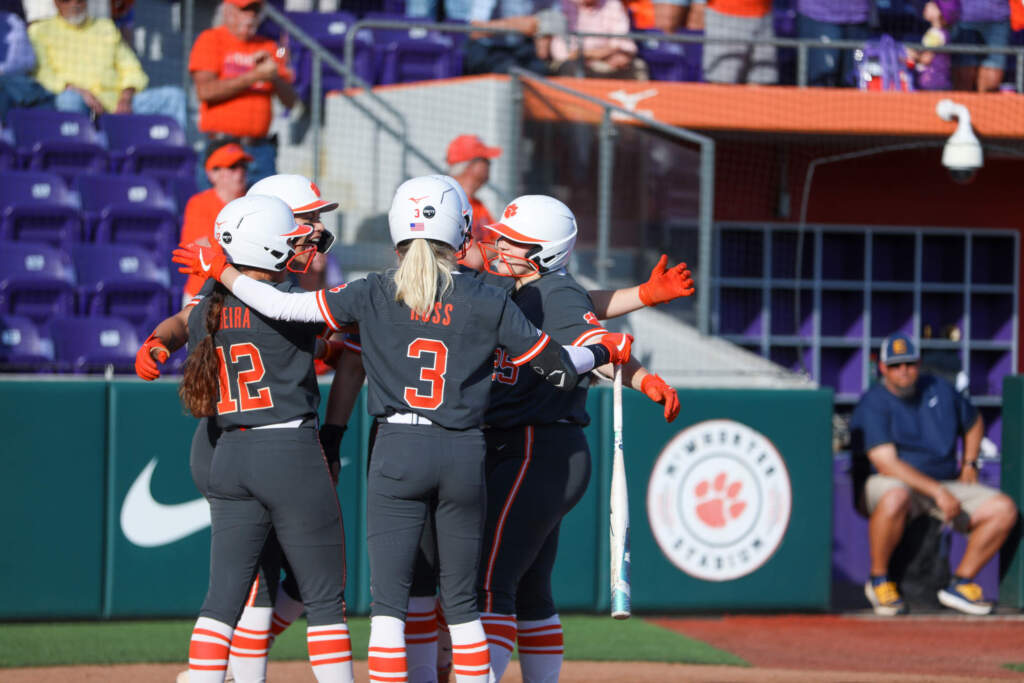 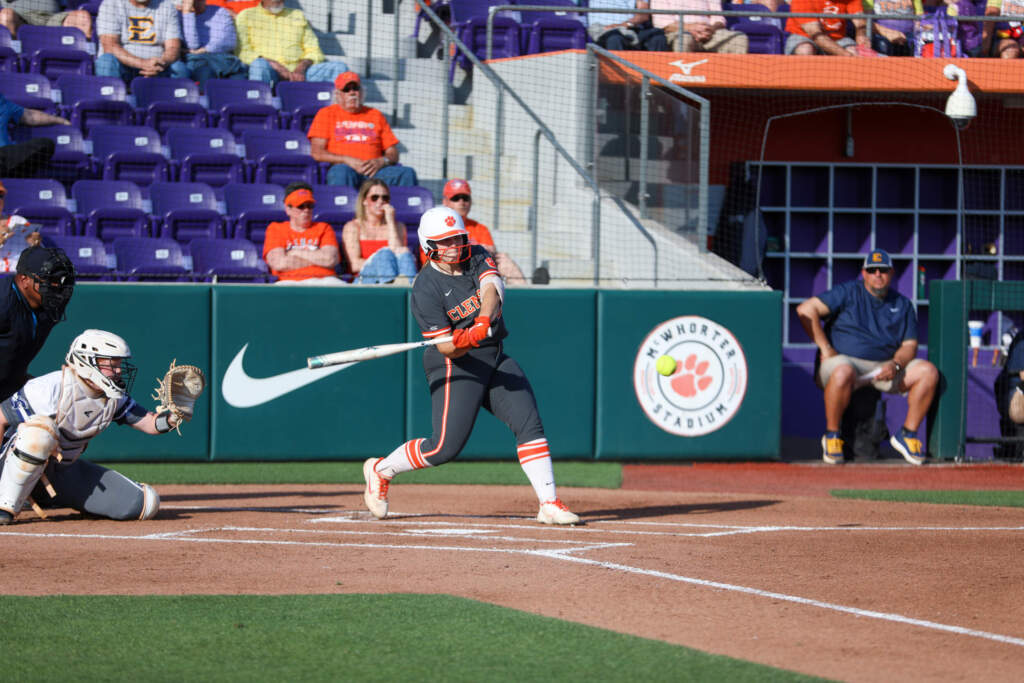 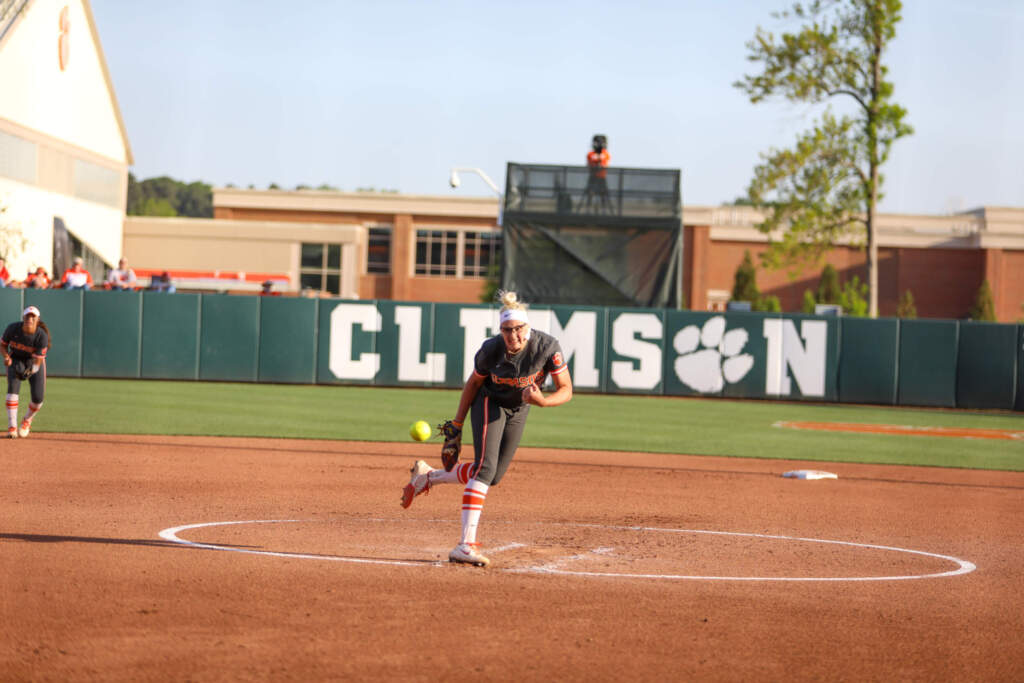 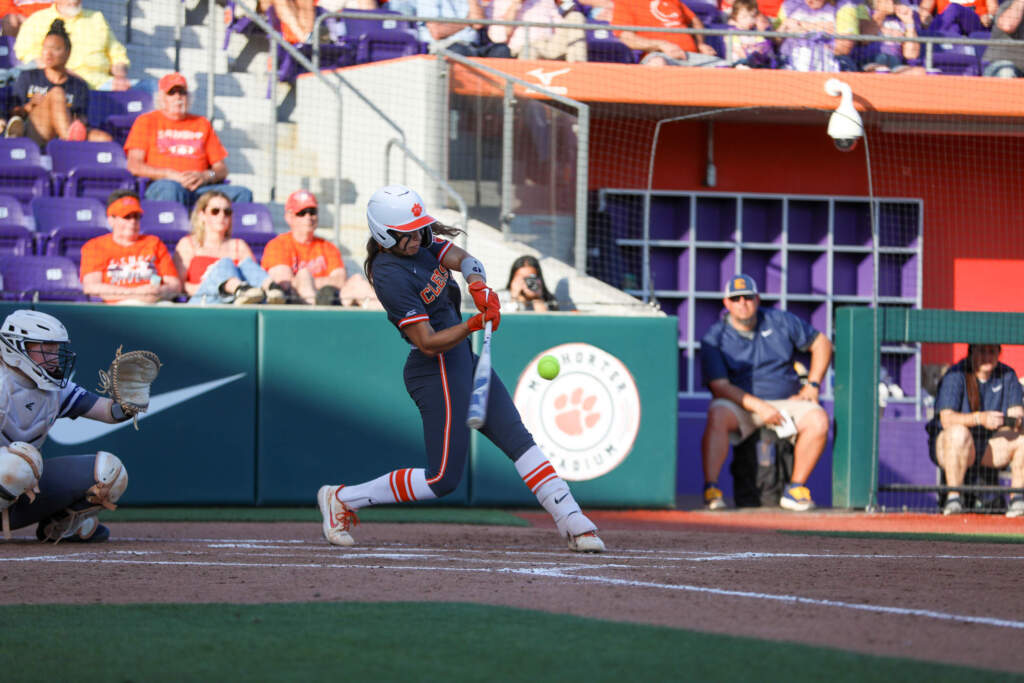 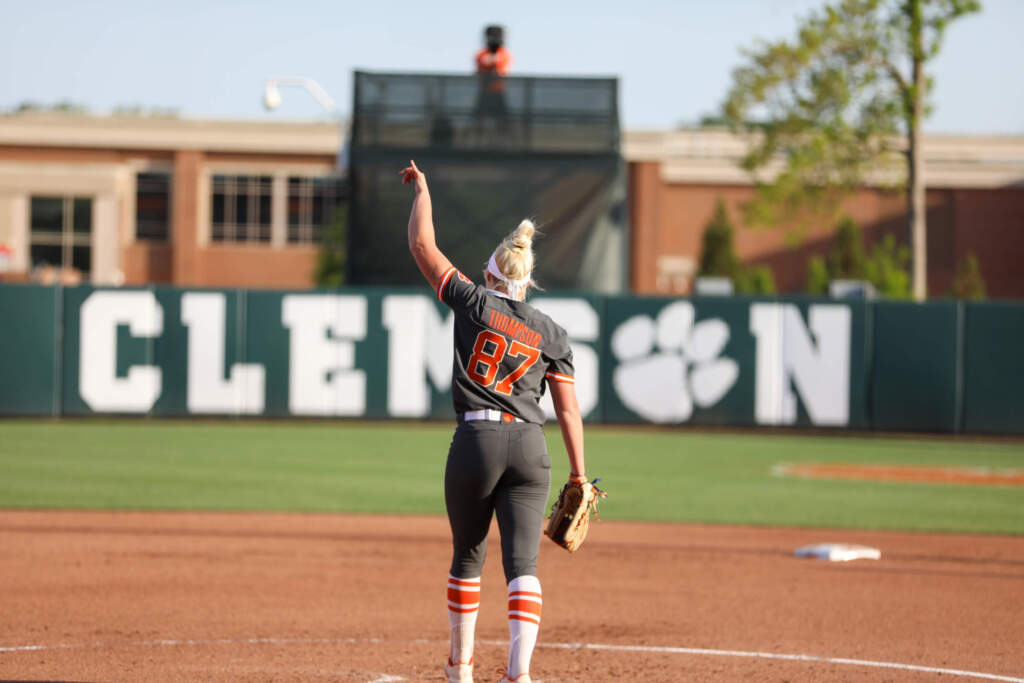 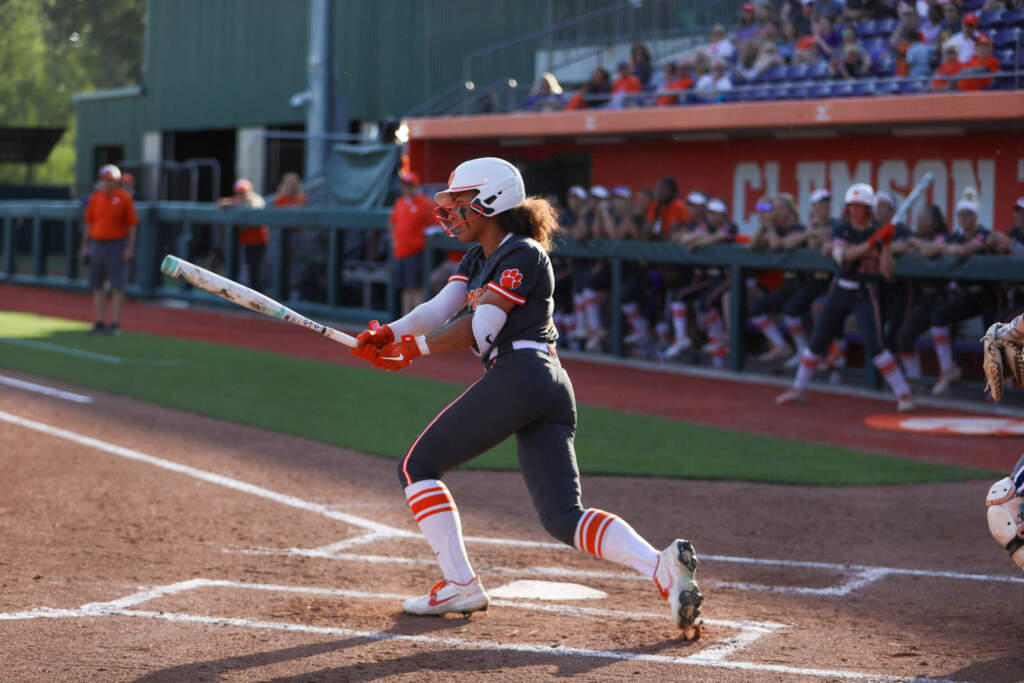 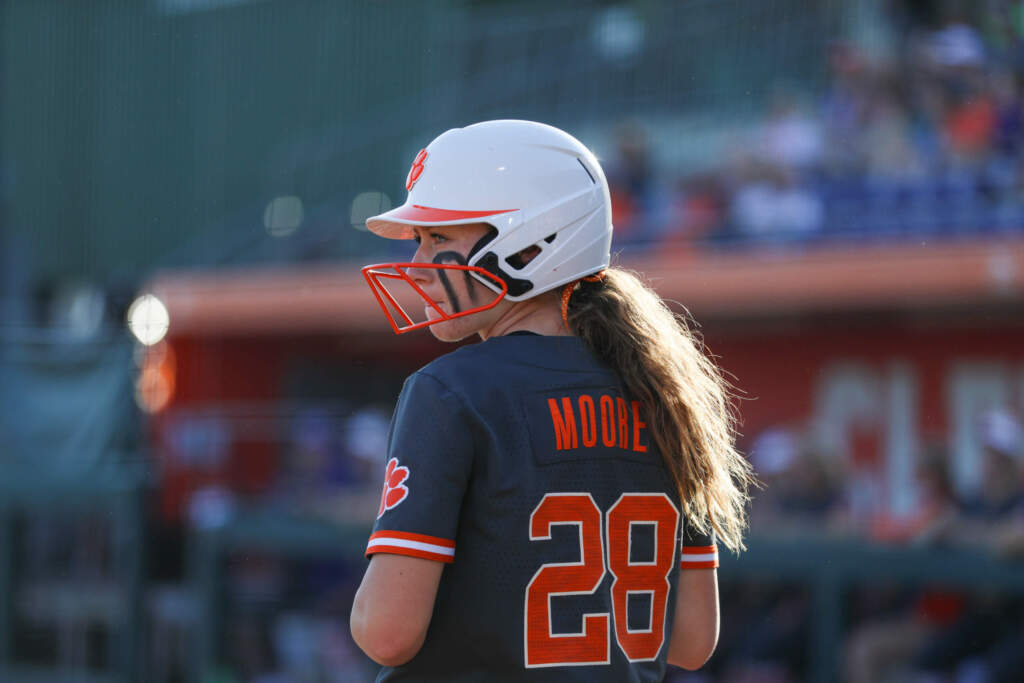 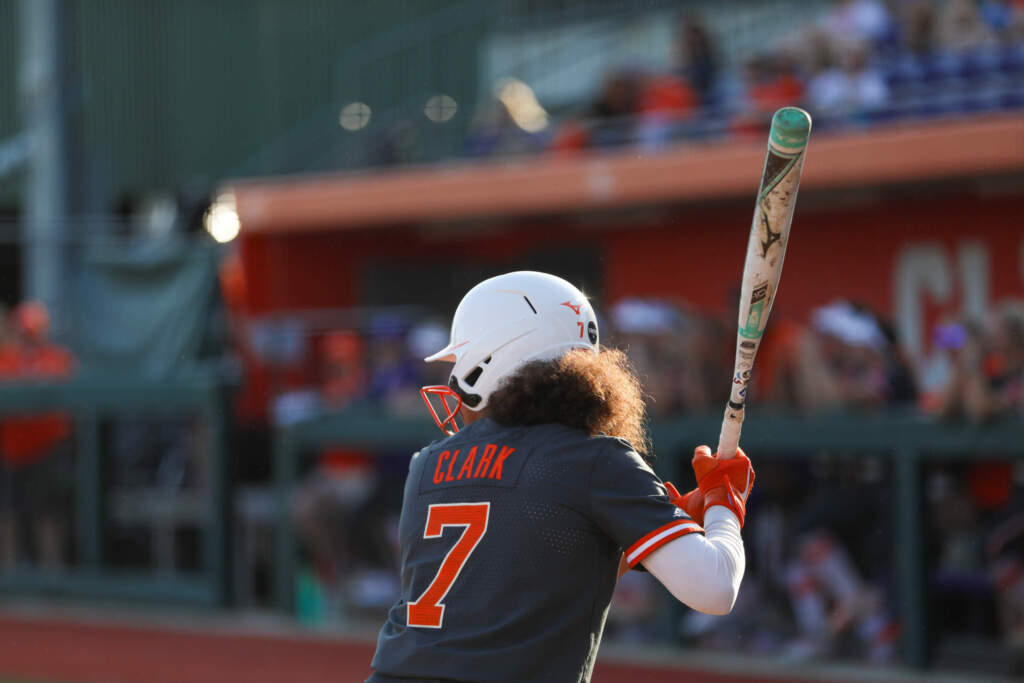 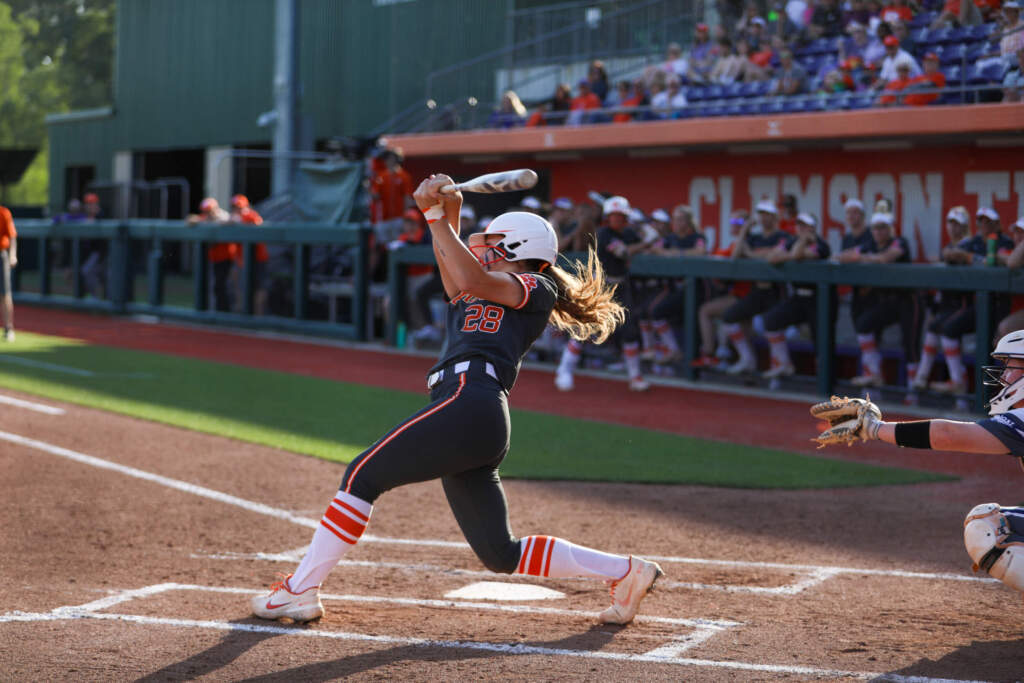 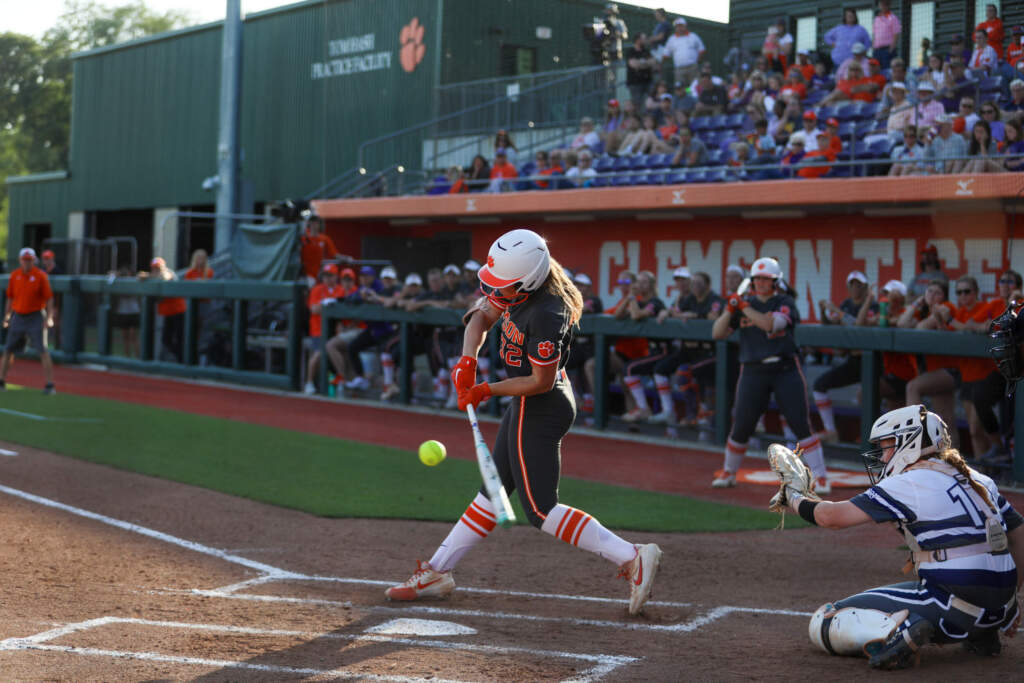