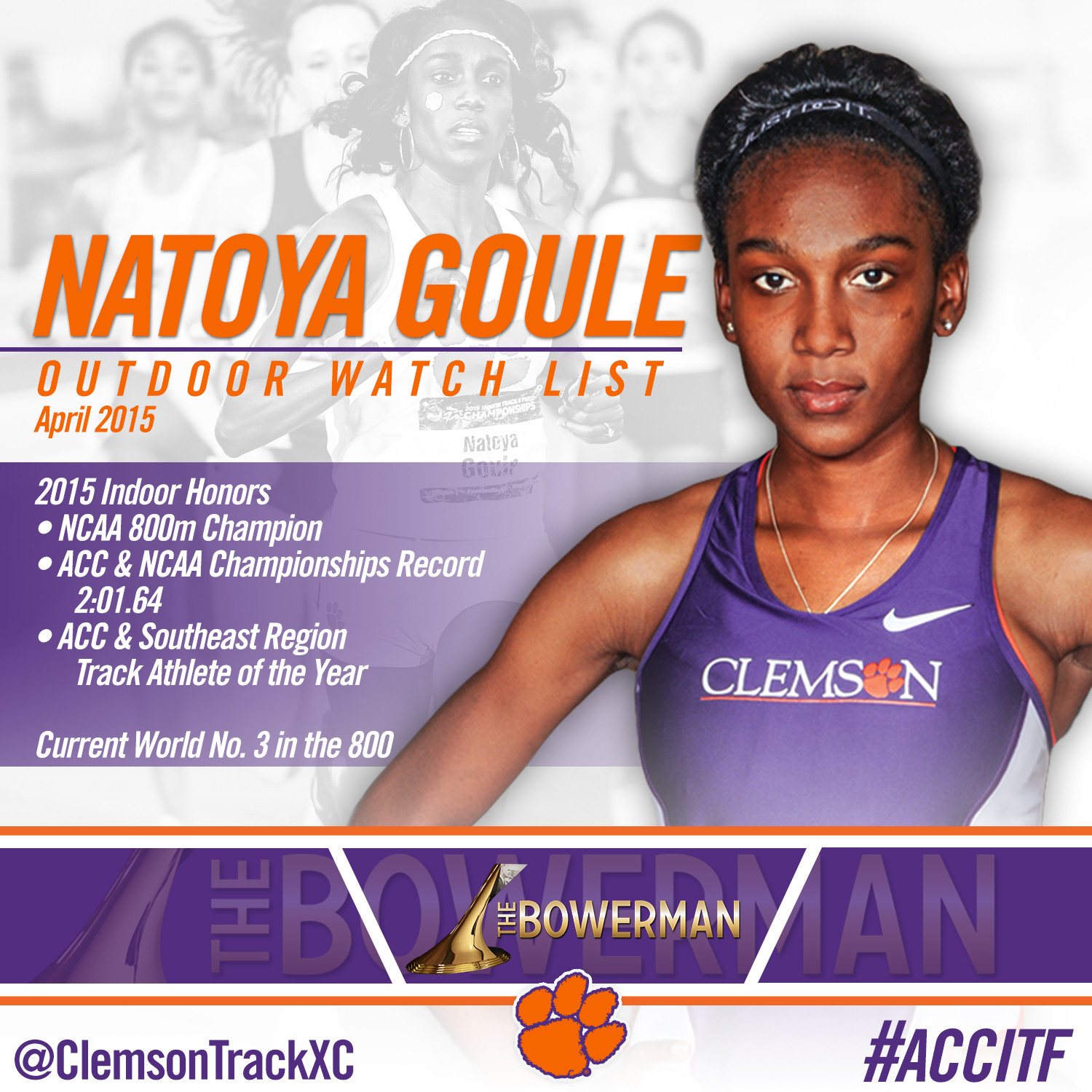 Goule is coming off a record-setting indoor campaign. The graduate senior from Clarendon, Jamaica, won the NCAA Indoor Championship in the 800 meters. She set an NCAA Indoor meet and ACC record in the final, with a time of 2:01.64. It was her third career NCAA crown, adding to the two she won in 2013 at LSU.

She also propelled the Tigers to a fourth-place finish at the NCAA Indoor Championships in the 4×400 relay. The group set a school record in the final.

Goule was the central part of Clemson’s ACC Indoor Championship, the program’s fifth in the last six seasons. She helped the 4×4 to a gold medal and won silver in both the 800 and with the distance medley relay. For her efforts, Goule was named ACC Indoor Track Performer of the Year and Southeast Region Track Athlete of the Year by the USTFCCCA.