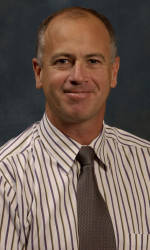 “I am thrilled to have someone of Gordon’s caliber join our staff,” Noad said. “He is the perfect fit for our staff and current team needs. He brings with him more than 20 years of collegiate coaching experience in addition to his USA Track & Field coaching duties. Gordon has all the tools needed to build our distance and middle distance program to a level where we can compete with the best teams in the ACC and nationally.”

In his seven seasons at DePaul, he coached 18 Conference USA Champions and his student-athletes earned four All-America honors. In 2002, he coached Erin Moffett to the first women’s cross country All-America honor ever at DePaul. She also earned All-Region honors in 2001 under his guidance. He also coached three-time All-American Carey Ryan in the men’s hammer throw.

Thomson coached at Loyola-Chicago from 1984-99, where he was in charge of both the men’s and women’s programs. He was a 10-time Midwestern Collegiate Conference Coach of the Year recipient. His distance athletes earned nine All-America certificates. He coached the school’s first female All-American in 1992 in the outdoor 10,000m.

Thomson’s first experience with collegiate coaching came from 1981-84, where he served two seasons as an assistant women’s coach at the University of Florida and one year at Northwestern University.

As mentioned earlier, Thomson has significant experience coaching with USA Track & Field. In July of 2004, he was an assistant men’s coach with Team USA at the IAAF World Junior Championships. More recently, in March of 2006, he was a men’s assistant at the IAAF World Indoor Championships. He is the Olympic Development chair for distance events with USA Track & Field.

Thomson also served as President of the U.S. Cross Country Coaches Association from 1998-2000. He earned a bachelor’s degree in Physical Education from Florida in 1982 and a master’s degree from the same school in 1987 in Exercise and Sport Sciences.