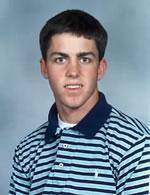 Freshman Tanner Ervin was Clemson’s top golfer, leading the Tigers to a 12th place finish out of 18 teams at the Augusta State Invitational at Forest Hills Country Club in Augusta, GA. The tournament held at the par 72 course that is 7231 yards in length ended Clemson’s regular season schedule. The Tigers will compete in the ACC tournament at The Old North State Club in Uwharrie Point, NC April 15-17.

The event was playing in severe wind conditions, gusts up to 40 miles per hour and the scores reflected those conditions. The wind was at its strongest on Saturday when the 18 teams played 18 holes apiece. Clemson shot a 329 team score, the highest team score in school history for one round.

With the winds calmer on Sunday, the Tigers had a pair of 304 rounds and finished with a team score of 937, 73-over-par. Clemson was one of just four schools in the 18-team field to shoot 304 or better in both rounds played on Sunday.

Ervin had a 76 in the second round on Sunday and finished at 17 over par 233 for the tournament, good enough for 25th place, the best finish of his young Clemson career. He finished strong with four birdies on the back nine, as he shot 33 for the inward nine of his second round on Sunday, the best nine-hole score by a Clemson player for the weekend.

Martin Catalioto had a 75 in the final round, the top round by a Tiger in the third round. But, he junior was disqualified in the opening round after scoring a 79, the best round by a Clemson golfer on Saturday.

That meant an eight-shot difference in Clemson’s team score in the opening round, which meant a three place difference in the final standings. He had another 79 in the second round and would have had a top 25 finish had his opening round score count.

Jack Ferguson and Brent Delahoussaye led Clemson in the second round with a pair of 74s, Clemson’s two lowest individual scores of the weekend. It was quite a comeback for both after they had career high scores on Saturday in the inclement conditions. Ferguson had scored an 82 on Saturday and Delahoussaye an 87. Brian Duncan had rounds of 80-80-77 for the Tigers and finished with a 237 score, tied for 49th with Delahoussaye.

Augusta State won the event by one shot over Georgia (896-897). No player in the 90-golfer field broke par and only two broke 220 strokes for the 54 holes. Chris Kirk of Georgia won the tournament with a one-over par 217 score.