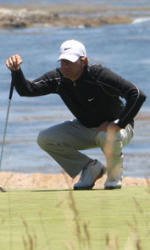 NASHVILLE, TN – Brandt Snedeker is proud of his Southeastern Conference roots. Because of that, Snedeker along with his wife, Mandy, and friend and fellow PGA TOUR player Lucas Glover will join efforts with the Franklin American Mortgage Music City Bowl this fall to raise money and awareness for the continued problems facing flood victims in the Nashville area.

In a unique format, the fourth annual Franklin American Mortgage Charity Cup hosted by Brandt Snedeker will feature a four-ball Ryder Cup/Presidents Cup style competition between teams composed of alumni, administrators and celebrities from Atlantic Coast Conference and SEC schools. Snedeker, a Vanderbilt graduate, will captain the SEC team, and Glover, a Clemson graduate, will captain the ACC team.

The event is scheduled for Oct. 17-18 at The Golf Club of Tennessee in Kingston Springs, a Nashville suburb. The previous three tournaments have raised more than $150,000 for local charities.

“My wife, Mandy, and I really wanted to find a way to help our community, which is still struggling today,” said Snedeker, who grew up in Nashville. “We are committed to make this a special golf tournament that will create a positive result for those who are still struggling from this awful flood.”

In May, a storm caused the Cumberland River to flood Nashville and the surrounding area. As a result, numerous people died and the flooding destroyed more than 1,000 homes. Today, many people are still homeless and businesses are struggling to recover.