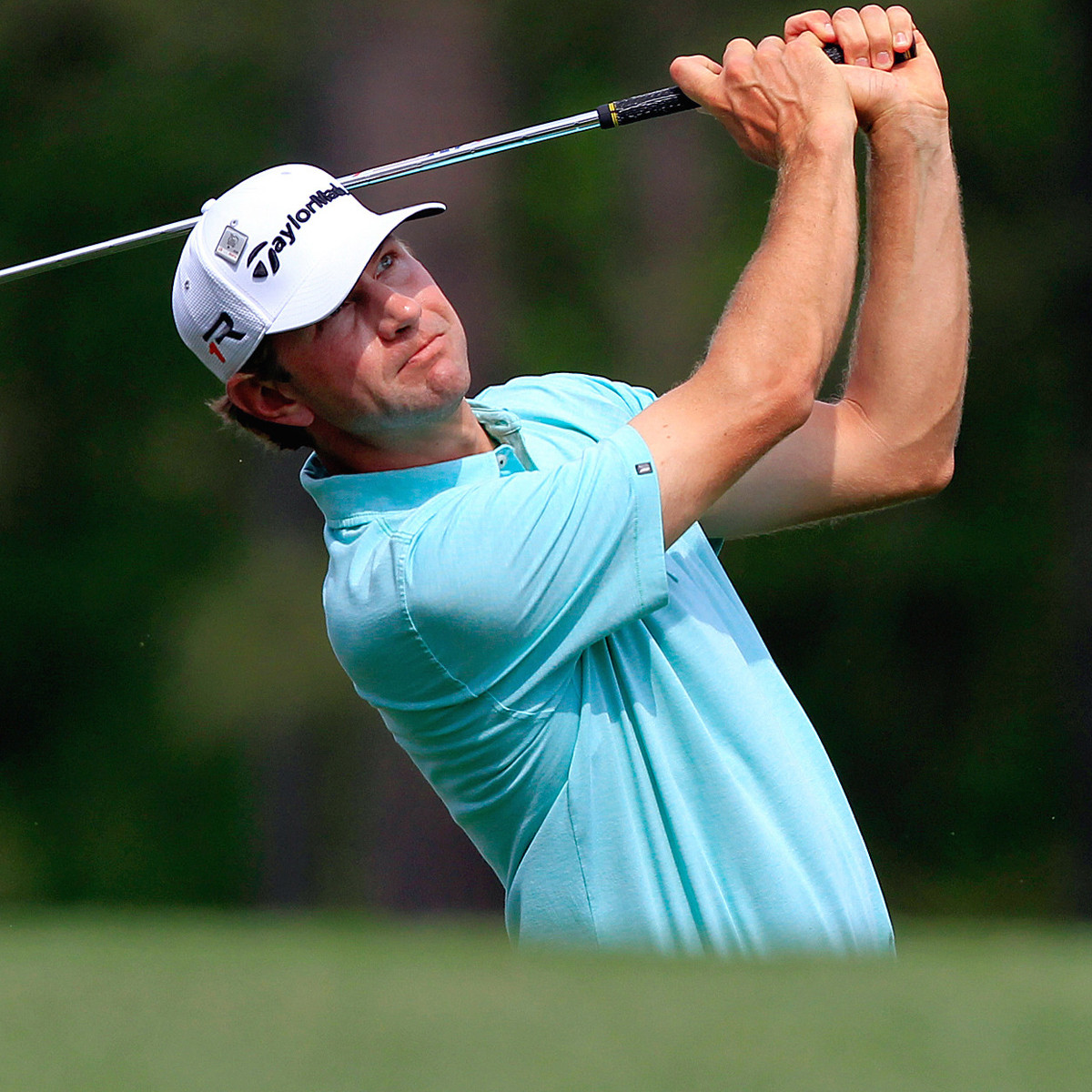 Clemson, S.C.—Former Clemson All-American and 2009 United States Open Champion Lucas Glover shot a nine-under par 61 on Friday at the Wyndham Classic in Greensboro, N.C.   It was the lowest round in history by a former Clemson golfer on the PGA Tour.

A former Clemson golfer had shot a 62 10 times previously, including   last Saturday when Ben Martin shot a 62 at the Travelers Invitational in Cromwell, Conn.    Glover was one of those players, as his previous career best was a 62 at the John Deere Classic in 2013.

Glover’s second round 61 gives him a total of 10-under-par 130 through two rounds, two shots behind leader Si Woo Kim,  who had a 60 on Friday.    Kim’s 60 tied for the second best round on the PGA Tour this year and Glover’s 61 tied for the fifth best.

Glover, who is second on the PGA Tour this year in greens in regulation percentage, finished his round with 10 birdies and a bogey.  He actually had a 26-foot putt for a 59 on the 18th hole, but missed and three-putted to finish with the 61.   Glover’s 10 birdies were recorded with putts or chip-ins from a combined 181 feet.  That included a 48-foot putt on the fourth hole, a 38-11 chip-in on the 11th hole and a 26-foot putt on the 16th.

It was a surprising round for Glover, in that he is playing his first tournament since June.  His previous best this year was a 65.  He entered this tournament ranked 100th on the Fedx Cup ranking.

Two other former Clemson golfers shot rounds of five-under par 65 on Friday.   Kyle Stanley, who ranks 127th on the Fedx Cup ranking entering this week, shot five under  65 to improve 47 spots to 11th place for the first 36 holes.  D.J. Trahan also shot a 65, but his opening round 74 kept him from making the cut.  Sam Saunders had an even par 70 after an opening round 66 and gave Clemson three former Tigers who will play the weekend.  Saunders is at four-under-par in 35th place.