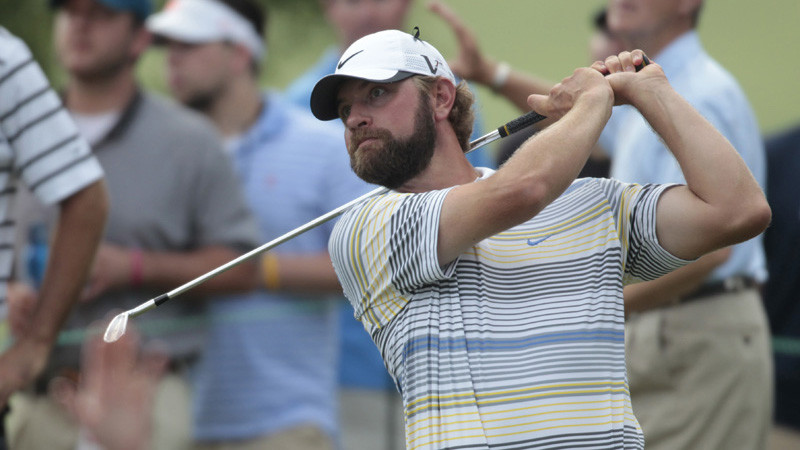 CLEMSON, SC – Former Clemson All-American Lucas Glover will begin play in his sixth Masters on Thursday at 12:35 PM off the first tee at Augusta National Golf Club in Augusta, GA.  Glover is the only former Tiger in the field.  He is in the fourth year of a five year exemption based on his 2009 US Open Championship.

Glover is paired with former Masters Champion Bernhard Langer and Henrik Stenson for the first two rounds.  The group will begin play at 12:35 PM on Thursday and at 9:17 AM on Friday.

So far this year Glover has won $303,182 and is 94th on the money list, 92nd on the FedEx Cup list.  He is 15th on tour in total driving and eighth in third-round scoring average at 68.8.  He has made the cut in five of his eight events so far, including a season best fourth place finish at the Honda Classic.

Last year four players with ties to Clemson played in the Masters, (Glover, Kyle Stanley, Corbin Mills and Byrd) the most in one year in history and second most in the country among schools behind Oklahoma State.  This will be the eighth consecutive year a former or active Clemson golfer has played in the Masters.

Seven times a current or former Tiger has played as an amateur.  The first was Parker Moore in 1977, who finished runner-up as the US Amateur Champion in 1976.  The only Clemson amateur to make the cut was Chris Patton in 1990.  He finished 39th that year.  He was actually the first golfer with ties to Clemson to make the cut at the Masters.

Note:  Clemson Sports Information Director Tim Bourret will be on hand at the Masters to cover Glover starting on Thursday.