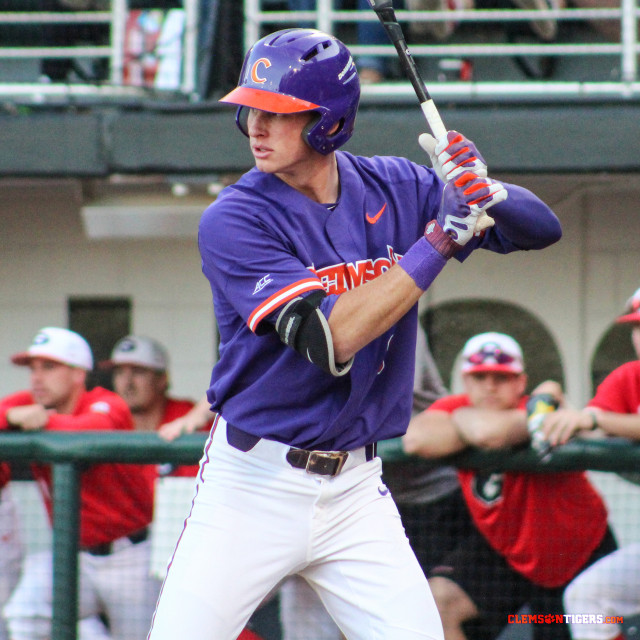 ATHENS, GA. – Four Bulldog pitchers combined to allow only four hits in No. 12 Georgia’s 6-1 victory over No. 12 Clemson at Foley Field on Tuesday night. The Bulldogs, who won both games of the season series, improved to 26-11, while the Tigers fell to 26-11.

Georgia starter Will Proctor (3-2) earned the win by allowing three hits, one run and one walk with three strikeouts in 4.0 innings pitched. The final three Georgia hurlers combined to give up just one hit in the final 5.0 innings pitched. Tiger starter Travis Marr (3-1) suffered the loss, as he surrendered five runs on five hits in 1.1 innings pitched.

Logan Davidson led off the game with a home run on an 0-2 pitch, his fifth long ball of the season, but Georgia responded with four runs in the bottom of the first inning after the first two batters were retired. Aaron Schunk belted a two-run triple, then Adam Sasser lined a two-run homer. Georgia added single runs in the second and third inning.

The Tigers stay on the road to play at Wake Forest in a three-game series starting Friday at 6 p.m., on ACC Network Extra.