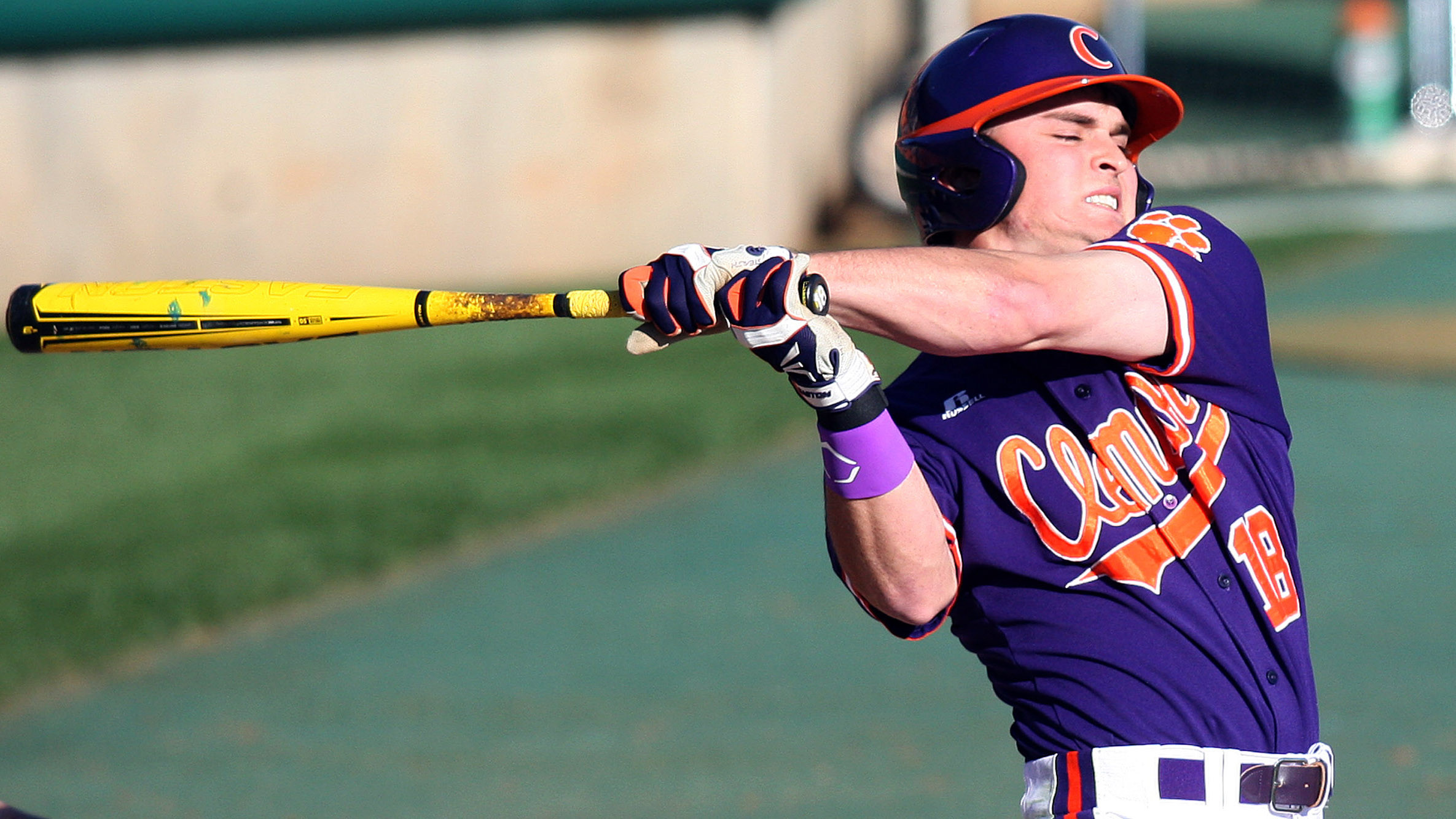 Georgia native Tyler Slaton totaled a career-high four hits and Georgia native Matthew Crownover pitched 5.0 strong innings to lead Clemson to a 9-1 win over Georgia in front of 1,484 fans at a chilly Foley Field on Tuesday night. The Tigers, who took a 1-0 lead in the home-and-home, midweek series, improved to 16-8 on the season. The Bulldogs fell to 8-17 in 2013.

The Tigers jumped on Georgia with two runs in the first inning on Steven Duggar’s homer, then Clemson added three runs in the third inning and four more runs in the fifth inning to pull away.

Crownover (3-0), a freshman lefthander from Ringgold, GA, pitched 5.0 innings in a starting role to earn the win. He gave up four hits, one run, and two walks with four strikeouts. Jonathan Meyer and Patrick Andrews both pitched 2.0 scoreless innings to close out the game.

Luke Crumley (1-4), the first of four Bulldog pitchers, suffered the loss. He surrendered five hits, five runs, and three walks with one strikeout in 3.0 innings pitched.

The Tigers wasted little time taking the game’s first lead in the first inning. Slaton led off with a single to right field and Duggar followed with a two-run homer to right field, his first career long ball.

In the third inning, Slaton led off with a single to center and Duggar grounded a single through the left side. Slaton advanced to third on a wild pitch, but Duggar was thrown out at second trying to advance to second. Steve Wilkerson walked, then two batters later, Shane Kennedy drew a two-out walk to load the bases. Jon McGibbon came through with a double to right field to score Slaton, Wilkerson, and Kennedy, giving the Tigers a 5-0 lead.

The Tigers added four runs to their lead in the top of the fifth inning. Garrett Boulware hit a leadoff double down the right-field line and advanced to third on Kennedy’s double to left-center. McGibbon grounded a single through the right side to score Boulware, then Jay Baum reached on an error as Kennedy scored. After the next two Tigers struck out, Slaton reached on a two-out fielding error by first-baseman Daniel Nichols, as both McGibbon and Baum scored on the miscue.

In the bottom of the fifth inning, pinch-hitter DJ Smith hit a one-out double down the right-field line. Two batters later, Nelson Ward drew a two-walk, then Hunter Cole grounded an 0-2 pitch through the left side for a single to score Smith.

Cole went 3-for-4 with an RBI to lead Georgia, who totaled eight hits in the contest.

Clemson and Georgia will conclude their two-game, midweek, home-and-home series at Doug Kingsmore Stadium on Wednesday at 7:00 PM. The game will be televised by CSS and will be available online on ESPN3 (subject to blackout).