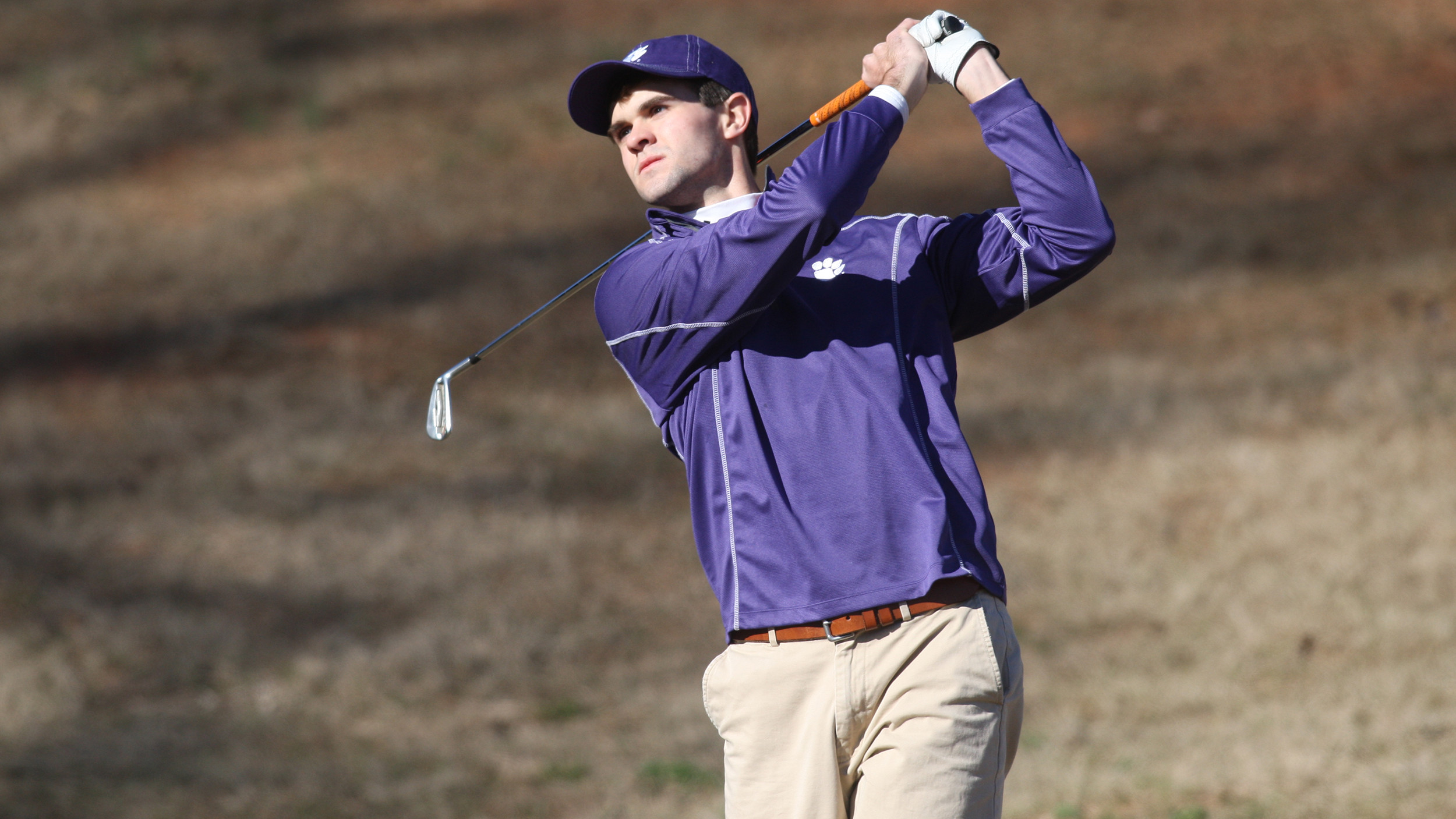 Garrett had a 54-hole total of even par 216 to go into a playoff with John Duke Hudson of the College of Charleston and Easton Renwick of Coastal Carolina. Hudson was eliminated on the first playoff hole when he made a bogey. Renwick won the tournament with a birdie on the third playoff hole.

Garrett made quite a comeback to get into the playoff. He started the tournament with a four over par 76, then came back to shoot a 67 in the second round on the par 72 course. That was the low round by any individual over the three days of the 84-player tournament. He had seven birdies and two bogeys in that second round.

Garrett then shot a 73 in difficult conditions on Tuesday to move from seventh to a tie for first. There were only two under par rounds in the entire field. The native of Easley, SC was four shots behind Renwick going into the final round, but Renwick was four over par for the last six holes and finished with a 77.

Blake Kennedy finished 11th with a four over par 220 score, while Miller Capps was 13th at 221. Kennedy actually was in the lead after the first round after a three under par 69. But the freshman had a 76 in the second round and 75 in the final round. Capps was consistent with rounds of 72-73-76.

The Clemson team returns to action next Monday at the USC-Aiken Cleveland Classic in Aiken, SC.