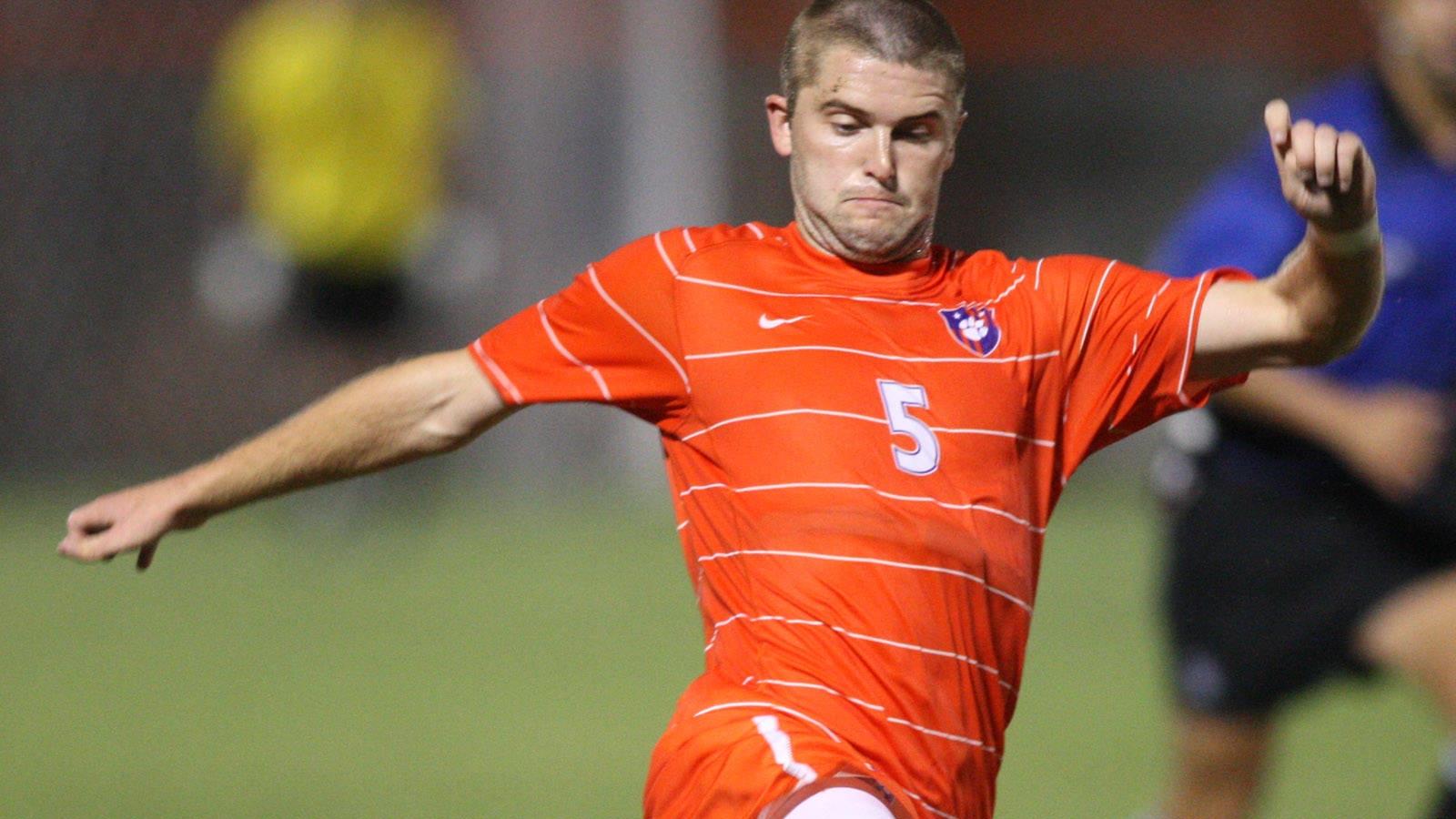 Clemson scored first in the 28th minute.  Austin Savage sent a 50-yard shot into the netting for his fourth goal of the year.  From just over the midfield line, Savage sent a looping shot over the Furman goalkeeper Doug Ryan who was out in the middle of the box.

The Tigers scored less than two minutes later, (1:43).  Savage was in the middle and he sent the ball forward to Preston Gayton who was making a diagonal run just inside the box.  Gayton one-touched the ball from 12 yards out and his low strike went into the netting for his first goal of the season.

Furman scored with 9:22 left in regulation.  Martin Ontiveros scored his seventh goal of the season on a penalty kick.  A Clemson defender brought down Tony Santibanez in the box and Ontiveros converted on the kick from the mark with a chest high shot that entered the goal near the right post.

“The penalty was a game-changer without a doubt,” said Clemson Head Coach Mike Noonan.  I thought it was a clean tackle but the official thought different.  I am very disappointed as I thought our team played hard.  We had two starters sit out with cards, so I thought we responded well in a tough environment and situation.  I thought we played well in the first half and not as well in the second.  Give credit to Furman, as it was a great comeback for them,”   said Noonan.

The Paladins scored the equalizer 1:20 later when Walter Zimmerman scored his fifth goal of the season.  Kevin Pahl sent the ball from the right to the goalie box.   Zimmerman slid and sent a six-yard shot into the right corner of the goal to tie the score 2-2.

In the first overtime period, Furman scored at the 92:54 mark.  Michael Gandier collected a clearance and fired a 10-yard shot to give Furman the 3-2 victory.

Furman outshot Clemson 17-7 in the match.  Furman had the advantage in shots in the second half 12-2.  Clemson’s goalkeeper Cody Mizell had eight saves.  Furman’s keeper Doug Ryan had two saves.

Clemson will play at Boston College Saturday night in the Tigers’ next action.