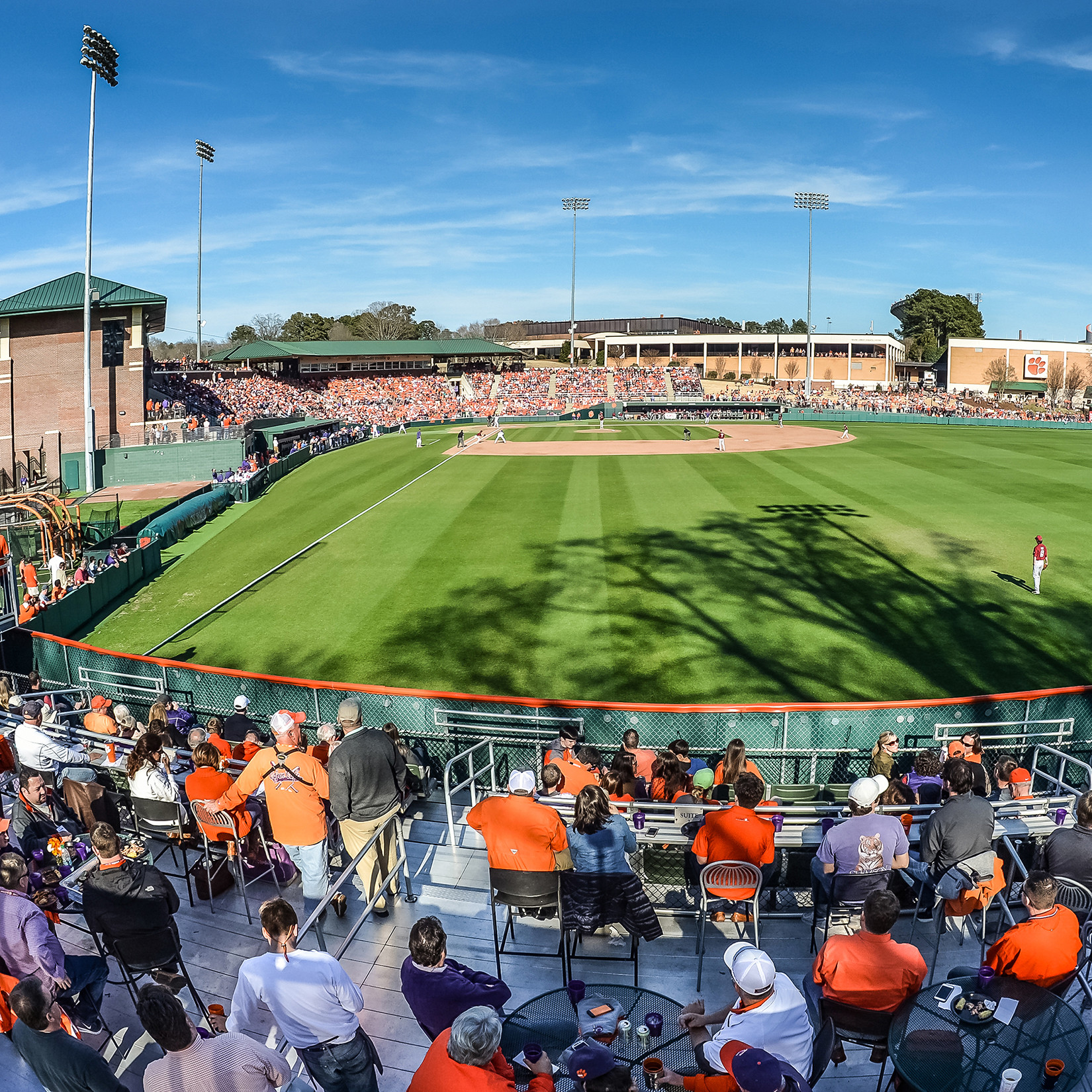 CLEMSON, S.C. – The Clemson vs. Georgia Tech baseball game at Doug Kingsmore Stadium on Friday night was halted at 9:19 p.m., due to lightning with the score tied 7-7 at the end of the eighth inning. The game will resume on Saturday at 4 p.m., and will be open to all fans.

After the stadium is cleared, game two of the series will begin at 6:30 p.m. or 45 minutes after the conclusion of game one, whichever time is later, on Saturday. Live video and audio are available for both Saturday games on TigerCast at ClemsonTigers.com.

For parking on Saturday, all lots east and north of Perimeter Road (including lot 5 and lot 6) will be open all day. Parking lots west and south of Perimeter Road around Doug Kingsmore Stadium (including lots in Jervey Meadows, McFadden Building, Kingsmore Road and lot 3A) will be closed until approximately 3 p.m., when the triathlon is scheduled to be finished. Therefore, those lots will open at approximately 3 p.m.