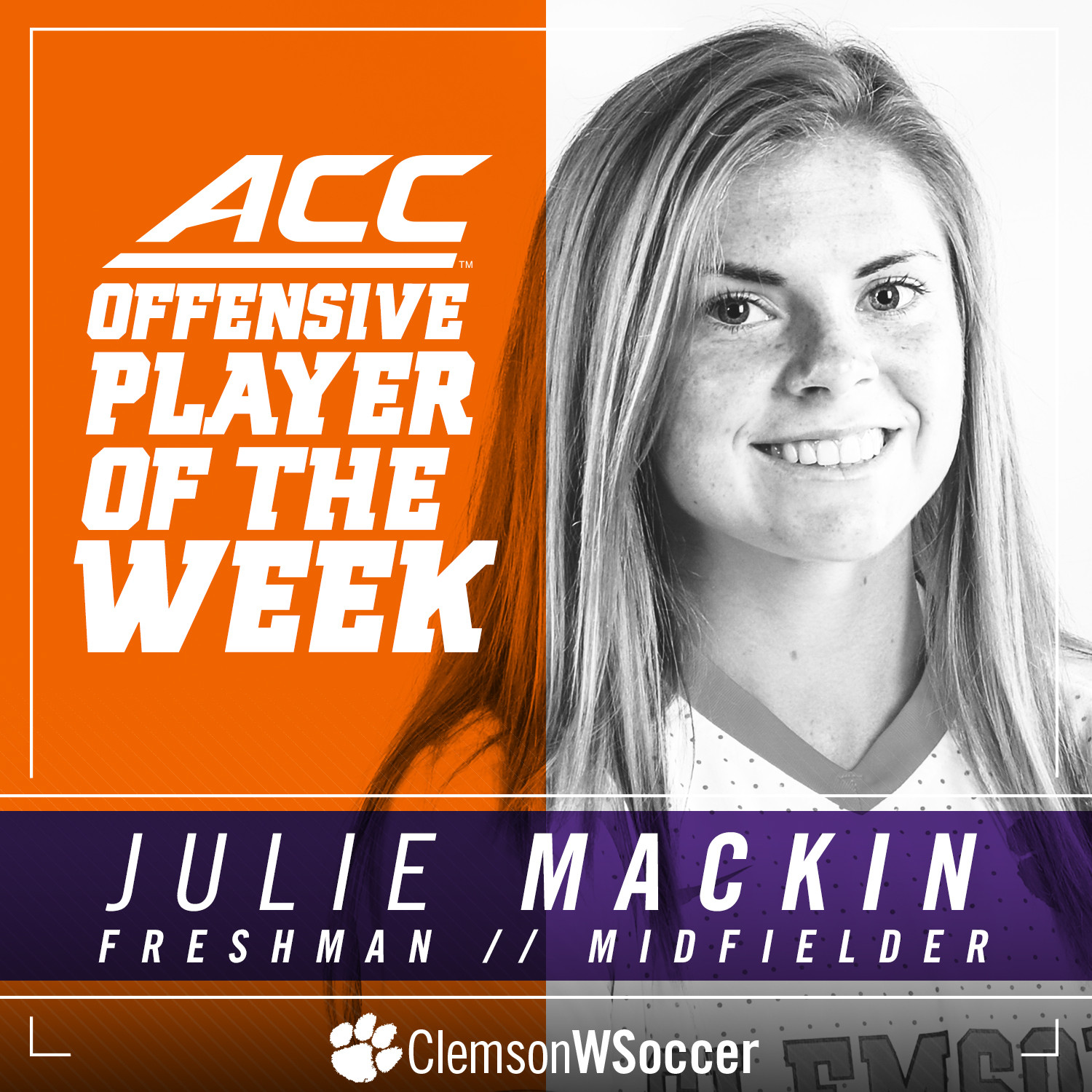 CLEMSON, S.C. – Four days after scoring her first career goal in her collegiate debut, Julie Mackin has been named the Atlantic Coast Conference’s Offensive Player of the Week, as announced by the conference office on Tuesday morning. The freshman midfielder from Castle Rock, Colo. finished the weekend with one goal and two assists in the two Clemson victories.

Mackin’s goal at Auburn, which she scored just nine minutes into the match, proved to be the game winner for Clemson in its 2-0 road win on Friday, Aug. 19. In the Tigers’ 3-1 home win over Georgia on Sunday, Aug. 21, Mackin added two assists, including one on Jenna Weston’s game-winning goal over the Bulldogs. The rookie is one of two Tigers with four points on the season, tying for the early team lead in scoring.

Senior defender Claire Wagner was recognized by Top Drawer Soccer for her performance over the weekend, as she was named to the TDS Team of the Week. Wagner’s defensive performance helped the Tigers shut out Auburn on the road. She also got into the offensive action against Georgia, scoring her first goal of the season.