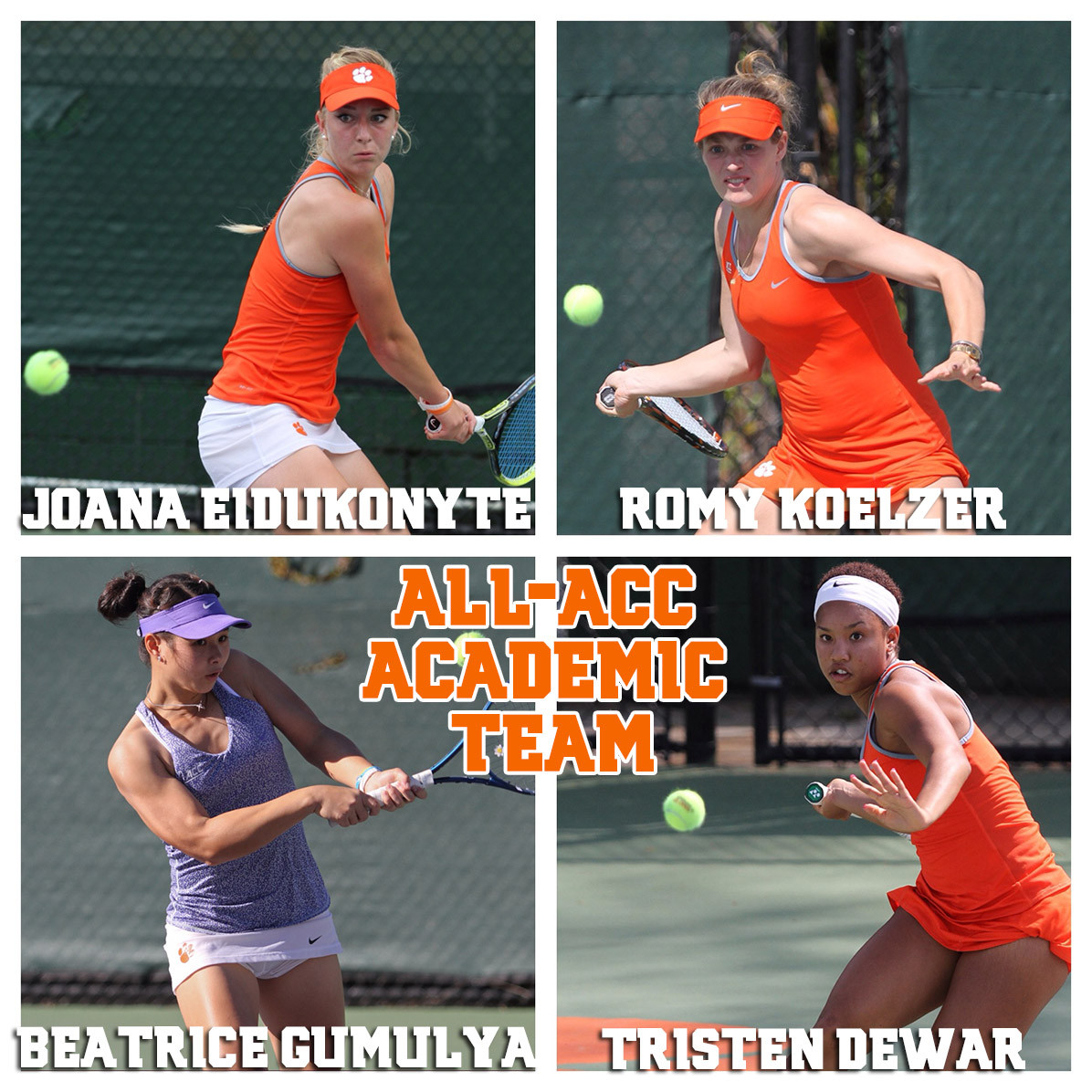 CLEMSON, S.C. – Four women’s tennis players were named to the 2015 All-ACC Academic team as announced on Wednesday by the Atlantic Coast Conference. For the second year in a row, Clemson and Miami tied for most selections with four honorees apiece. Seniors Beatrice Gumulya and Romy Koelzer were named to the All-ACC Academic team for the second consecutive year while Joana Eidukonyte and Tristen Dewar were honored for the first time.

Koelzer, a First-Team All-ACC selection, graduated in May with a degree in communication studies. She finished the 2015 season ranked 44th in the nation in singles and was a recipient of the Weaver-James-Corrigan postgraduate scholarship. Gumulya, a Second-Team All-ACC selection on the court and a May graduate in parks, recreation tourism management, earns her second career All-ACC Academic team honor. Gumulya finished the year ranked No. 57 in singles, while she and partner Jessy Rompies, both Doubles All-Americans in 2015, finished the season ranked fourth nationally in doubles.

Eidukonyte, a First-Team All-ACC selection, finished the year ranked 16th in the ITA poll in singles. The parks, recreation, tourism major was also named an All-American after finishing 37-7 on the season. Dewar received her first All-ACC Academic Team nod after a successful academic year in communication studies. Dewar was 17-15 in singles 13-13 in doubles play in 2014-15.

About the AwardTo be eligible for consideration for the All-ACC Academic Team, a student athlete must have earned a 3.00 GPA for the previous semester and maintained a 3.00 cumulative average during her academic career.