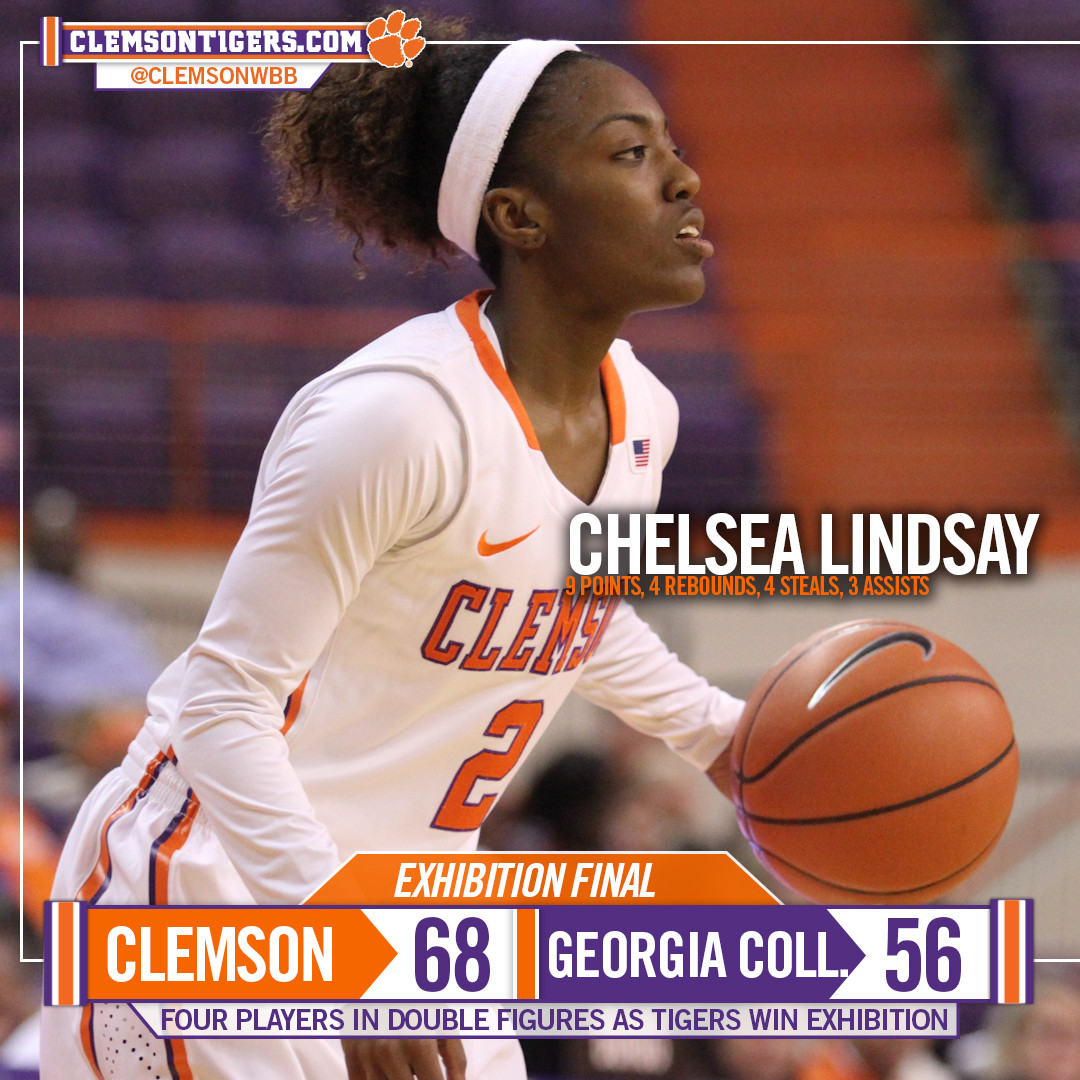 Clemson held the Bobcats to 20-60 (.333) shooting in the contest and scored 43 points in the first half in the contest. With the game tied at 22-22, Clemson embarked on a 16-1 run behind eight points from Tagliapietra to take a double-digit lead for good.

Senior guard Chelsea Lindsay had a strong all-around effort, scoring nine points, pulling down four rebounds, nabbing four steals, and handing out three assists. Freshman Ivy Atkism had a strong post presence, scoring six points and pulling down a team-high 11 rebounds in the contest. No other Tiger had more than five.

The Tigers led for all but 31 seconds in the game and forced 16 turnovers while committing just 12.

Clemson won both of its exhibition games, including a 73-36 win over Queens University last Sunday, in the preseason. Davenport, Lewis and Perry each scored in double-figures in both games. The season opens up on Friday at 12 p.m. as the Tigers host UNCG in Littlejohn Coliseum.