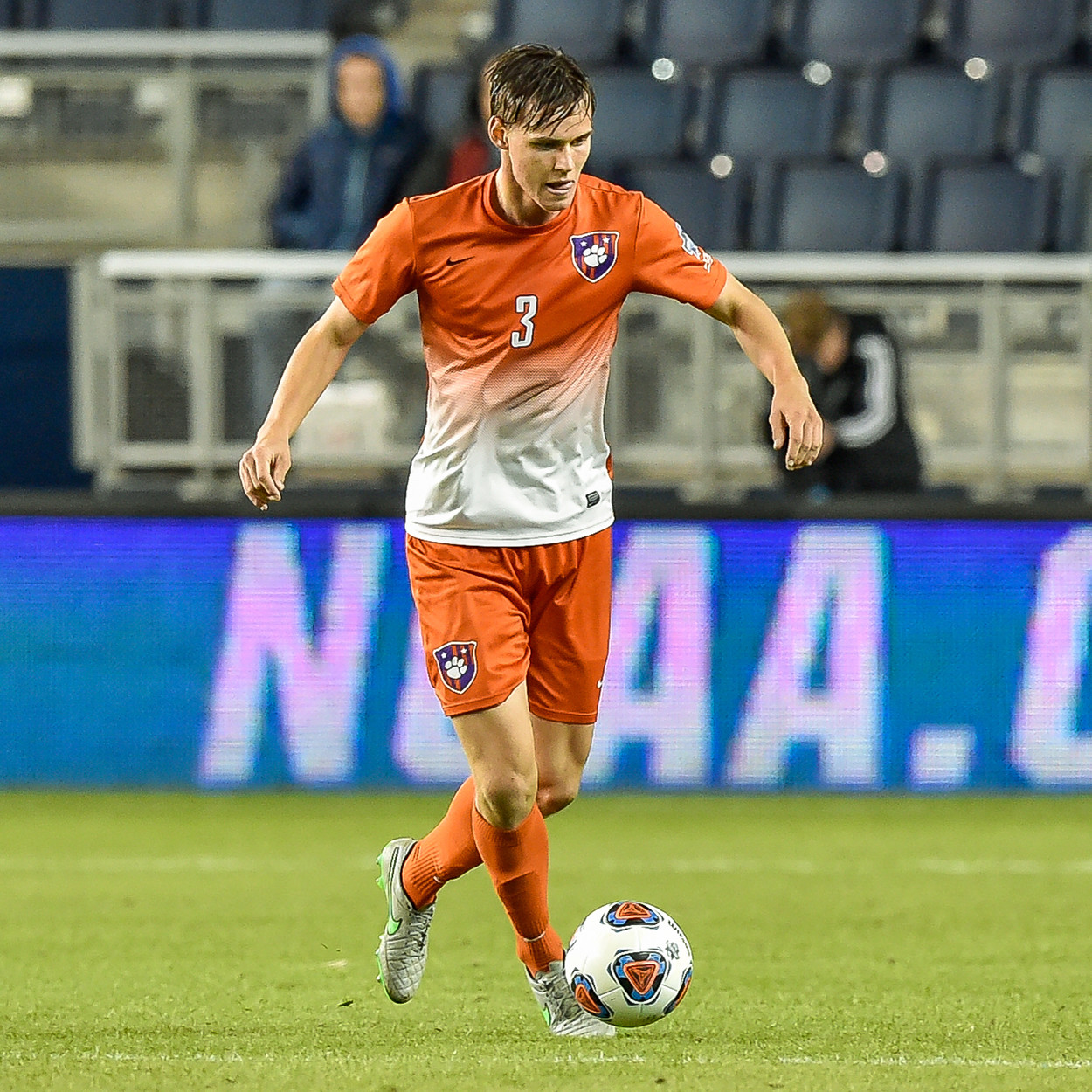 CLEMSON, S.C. – Four members of the Clemson men’s soccer team were named to the 2015 Division I Men’s Postseason Best XI Teams as announced by TopDrawerSoccer on Monday afternoon. Kyle Fisher was named to the First Team, and Paul Clowes and Andrew Tarbell earned Second-Team honors according to the association, while Patrick Bunk-Andersen was named to the Freshman Best XI First Team.

In addition to earning First-Team honors from TopDrawerSoccer, Fisher was previously named a First-Team All-American according to the NSCAA, and was also a First-Team All-ACC selection, as well as one of 15 semifinalists for the 2015 Hermann Trophy. The senior centerback from Easley, S.C. has anchored the Clemson defense for four years, including this season, when the Tigers finished the year with a 0.88 team goals against average.

Clowes, a senior from Cheshire, U.K., was named to the Postseason Best XI Second Team by TopDrawerSoccer, as well as to the NSCAA All-America Second Team in 2015. The holding midfielder was also a member of the All-ACC First Team and the ACC All-Tournament Team, and was a semifinalist for the Hermann Trophy. Clowes started all 24 games for the Tigers this season, and played 2,176 minutes, more than any other field player on the team.

Tarbell also earned Second-Team honors from TopDrawerSoccer, as well as from the NSCAA. The redshirt junior from Mandeville, La. finished the year with a 17-3-4 record in goal for the Tigers, along with 84 saves, a .792 save percentage and a 0.88 goals against average. Tarbell posted a season-best eight saves, which also tied his career-best, in Clemson’s 0-0 draw against Syracuse in the College Cup Semifinal, and added one more save in the penalty kick round to help send the Tigers to the 2015 title match for the first time since 1987.

Bunk-Andersen, a defender from Hvidovre, Denmark, was named to TopDrawerSoccer’s Freshman Best XI First Team. Bunk-Andersen played in all 24 matches, starting 23, for the Tigers in 2015, and played 2,153 minutes, third-most on the team. The rookie played alongside Fisher at the centerback position, and helped the Clemson defense to allow just 22 goals on the year.