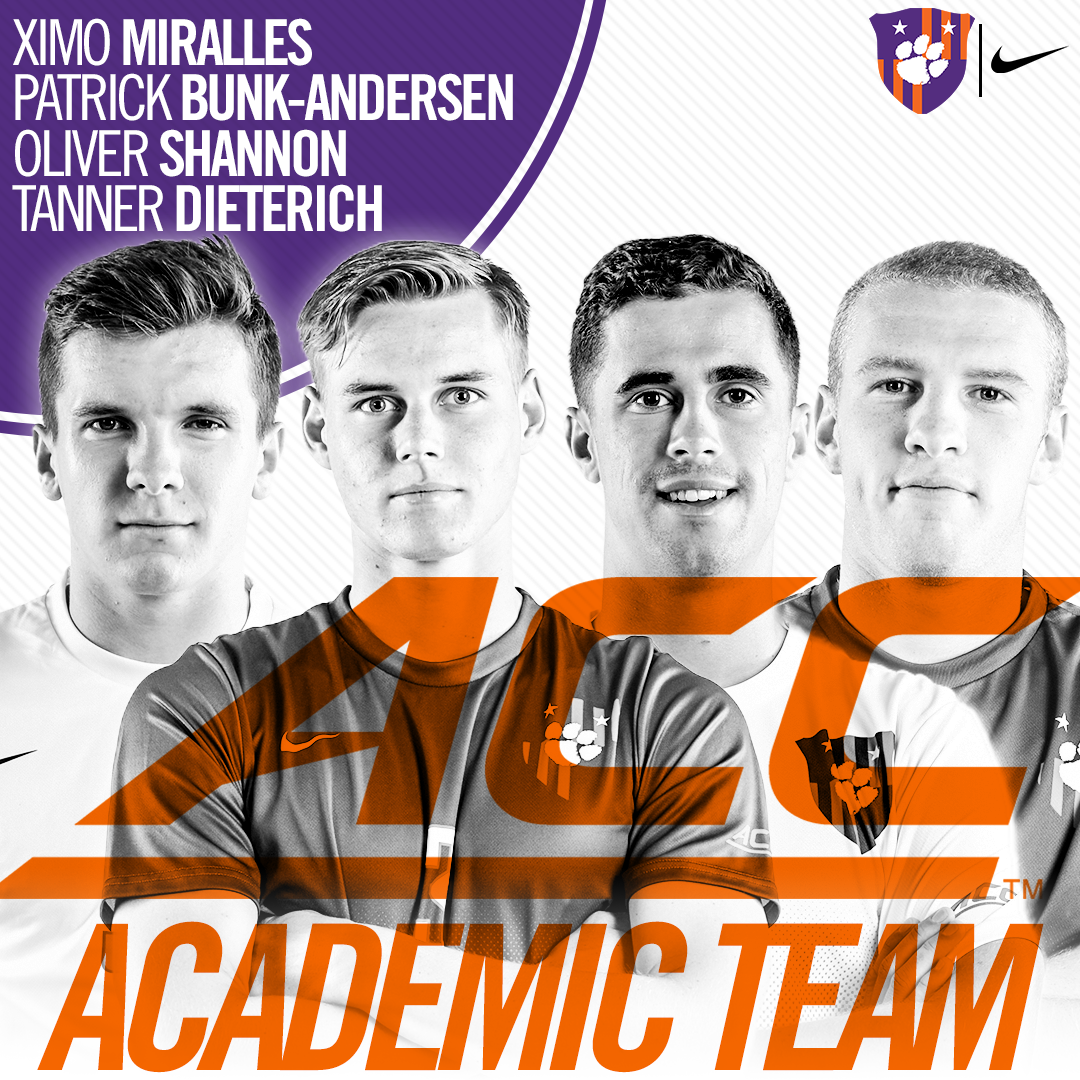 CLEMSON, S.C. – Four members of the Clemson men’s soccer team were named to the All-ACC Academic Men’s Soccer Team, as announced by the conference office on Tuesday afternoon. Patrick Bunk-Andersen, Ximo Miralles, Oliver Shannon, and Tanner Dieterich each earned the ACC’s academic honor for the 2016 season. Bunk-Andersen earned the honor for the second time in his collegiate career, while Miralles, Shannon, and Dieterich each earned their first academic accolade from the conference. All four honorees are set to return to the field for the Tigers next season.

Clemson’s four nominations were just one shy of the most in the conference. Notre Dame, North Carolina, and Syracuse led the way with five players honored.