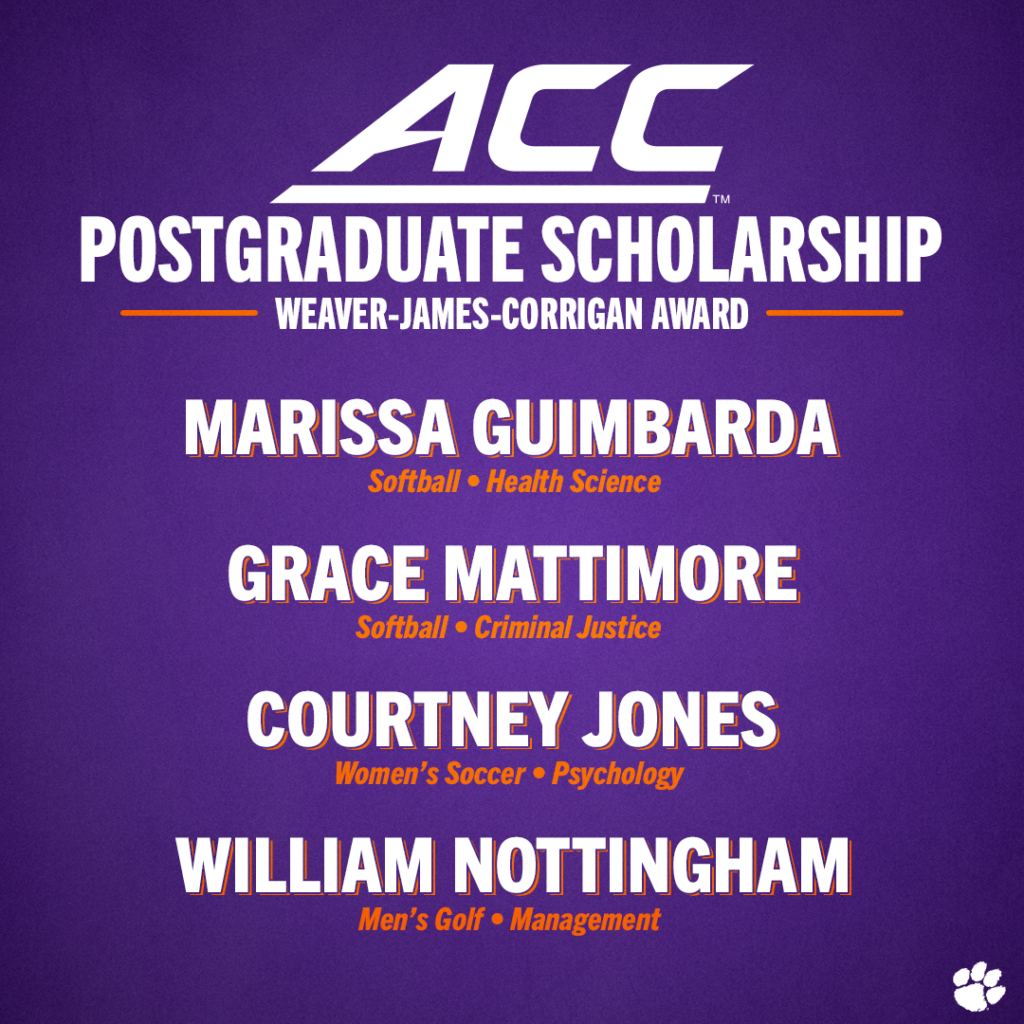 A total of 52 individuals in the conference were honored. Guimbarda and Mattimore are the first members of the softball program to earn the honor. The Softball program is ranked in the top-25 nationally in just its second season. Jones is the 13th recipient of the honor from the women’s soccer program, which is ranked among the top ten nationally on the field. Nottingham is just the second honoree from men’s golf, joining Ben Martin in 2010.

The Weaver-James-Corrigan and postgraduate scholarships are awarded to selected student-athletes who intend to pursue a graduate degree following completion of their undergraduate requirements. Each recipient will receive $6,000 toward his or her graduate education. Those honored have performed with distinction in both the classroom and their respective sport, while demonstrating exemplary conduct in the community.

The Weaver-James-Corrigan Award is named in honor of the late Jim Weaver, Bob James, and Gene Corrigan, the first three ACC commissioners. The league’s first commissioner, James H. Weaver, served the conference from 1954-70 after a stint as the Director of Athletics at Wake Forest University. His early leadership and uncompromising integrity are largely responsible for the excellent reputation enjoyed by the ACC today.

Robert C. James, a former University of Maryland football player, was named commissioner in 1971 and served in that capacity for 16 years. During his tenure, the league continued to grow in stature and became recognized as a national leader in athletics and academics, winning 23 national championships and maintaining standards of excellence in the classroom.

Prior to 1994, the Weaver-James postgraduate scholarships were awarded as separate honors, including the Jim Weaver Award, the Marie James Award and the Bob James Award.