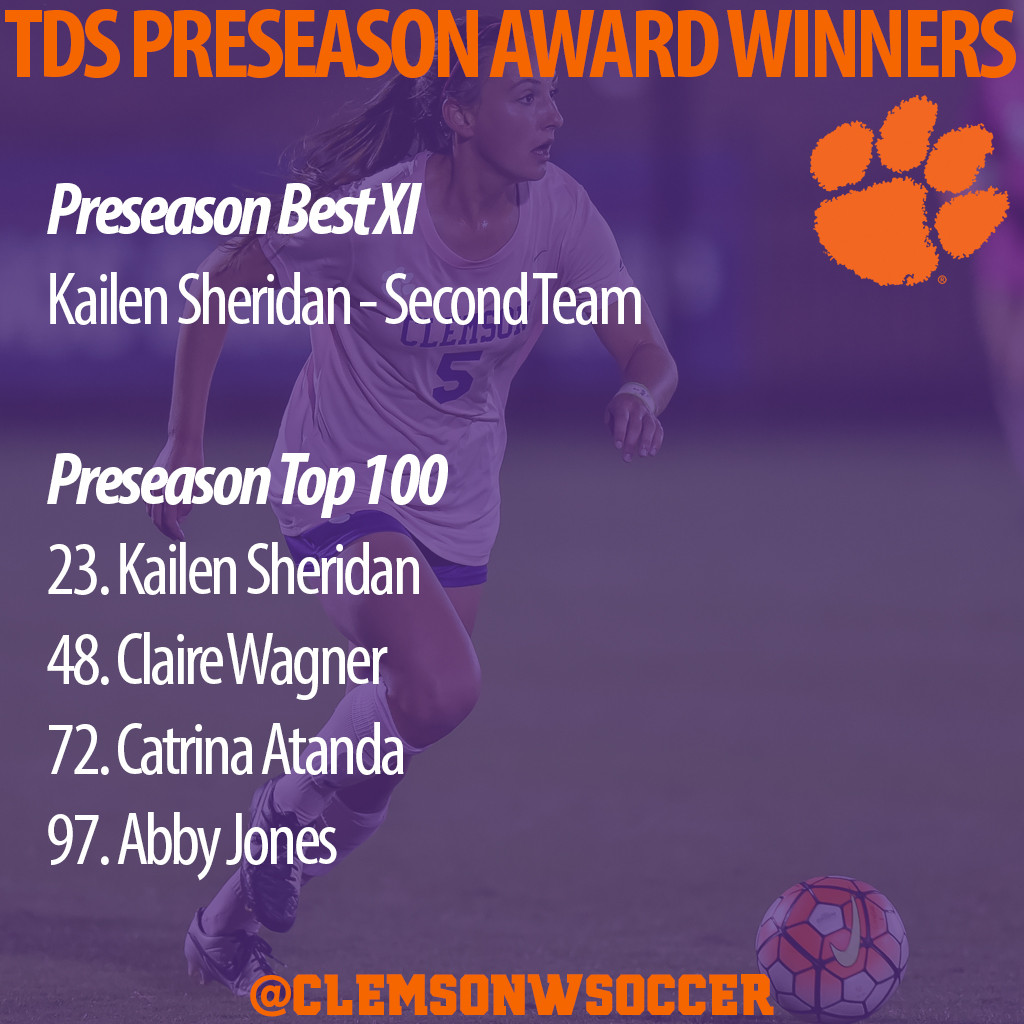 CLEMSON, S.C. – Four seniors on the Clemson women’s soccer team earned preseason honors from Top Drawer Soccer for 2016, as announced by the association on Wednesday afternoon. In addition, the Clemson team was ranked 10th according to the TDS preseason poll, also released on Wednesday.

Kailen Sheridan was named to the TDS Preseason Best XI Second Team as a goalkeeper, and was also ranked 23rd in the association’s Preseason Top 100 rankings of all sophomores, juniors and seniors in college soccer. Defender Claire Wagner, midfielder Catrina Atanda and midfielder Abby Jones were listed 48th, 72nd and 97th, respectively in the Preseason Top 100.

Clemson is one of four Atlantic Coast Conference teams ranked in the top 10, and one of seven in the top 25 of the TDS preseason poll. Florida State (2nd), Duke (3rd) and Virginia (6th) are also listed in the top 10. The Tigers’ open the regular season this Friday, Aug. 19 at Auburn at 8 p.m. ET. The SEC Tigers are ranked 14th.