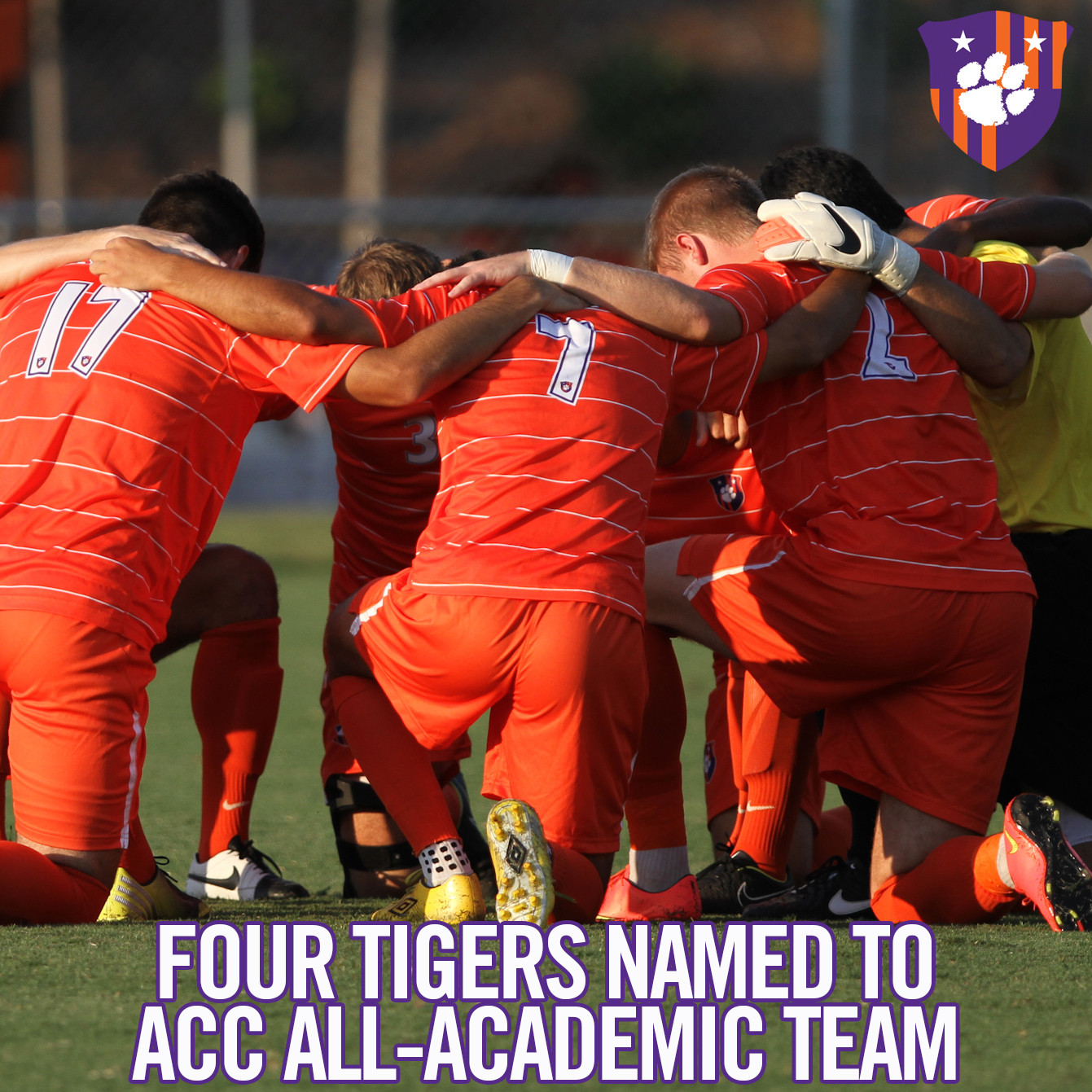 Belair, who transferred to Clemson following the completion of his undergraduate degree from Brown University, is a native of Myrtle Beach. He saw action in 19 games this season and scored two goals, including the equalizer against No. 1 seeded Notre Dame in the ACC Tournament semifinals. Belair’s score came with less than two minutes remaining in regulation, the Tigers eventually advanced in penalty kicks. Belair will graduate this May with a graduate degree in Communications, Technology and Society.

This is the second consecutive season in which Amirkhanian has been named to the All-Academic team. The senior graduated from Clemson in December 2014 with a degree in Health Science after playing in 20 contests this season. He scored two goals and assisted on four more, giving him eight total points, tied for fourth-best on the team. The Clemson native scored the game-winning goal in Clemson’s 2-1 double-overtime victory over Louisville in the ACC Tournament championship game. The goal came in the 104th minute and clinched Clemson’s first championship since 2001. Amirkhanian was named to the All-Tournament team for his efforts. He plans to attend medical school.

Clowes was also named to his second All-Academic team, his first honor came following his freshman season. The junior marketing major was named ACC Tournament Most Valuable Player this season after scoring the equalizer with three seconds remaining in the game against Louisville. The score from the top of the box was as improbable as it was timely and sent the match into overtime, where Clemson would eventually win. Clowes also assisted on Amirkhanian’s game-winner in the same match, serving in the initial corner kick that, after bouncing around a few times, found Amirkhanian’s foot and the back of the net. The Cheshire, United Kingdom native played 21 matches this season and scored two goals and assisted on five more. His nine total points were tied for third-best on the team this season.

Tarbell saw the majority of action in goal for the Tigers this season, starting 17 matches and saving 43 total shots while giving up only 15 goals. The Mandeville, La. native majors in civil engineering at Clemson. Tarbell started all five matches in postseason play for Clemson last season, three in the ACC Tournament and two in the NCAA Tournament. He was named to the ACC All-Tournament team following Clemson’s championship.

Clemson is tied for second among conference schools with four players named to the All-Academic team. Notre Dame led all schools with five.

Clemson plays a five match spring schedule this semester, the first match comes on Thursday, March 12 against the Charleston Battery at 4 p.m. at Historic Riggs Field. All home matches are open to the public. A more detailed schedule can be found on ClemsonTigers.com.