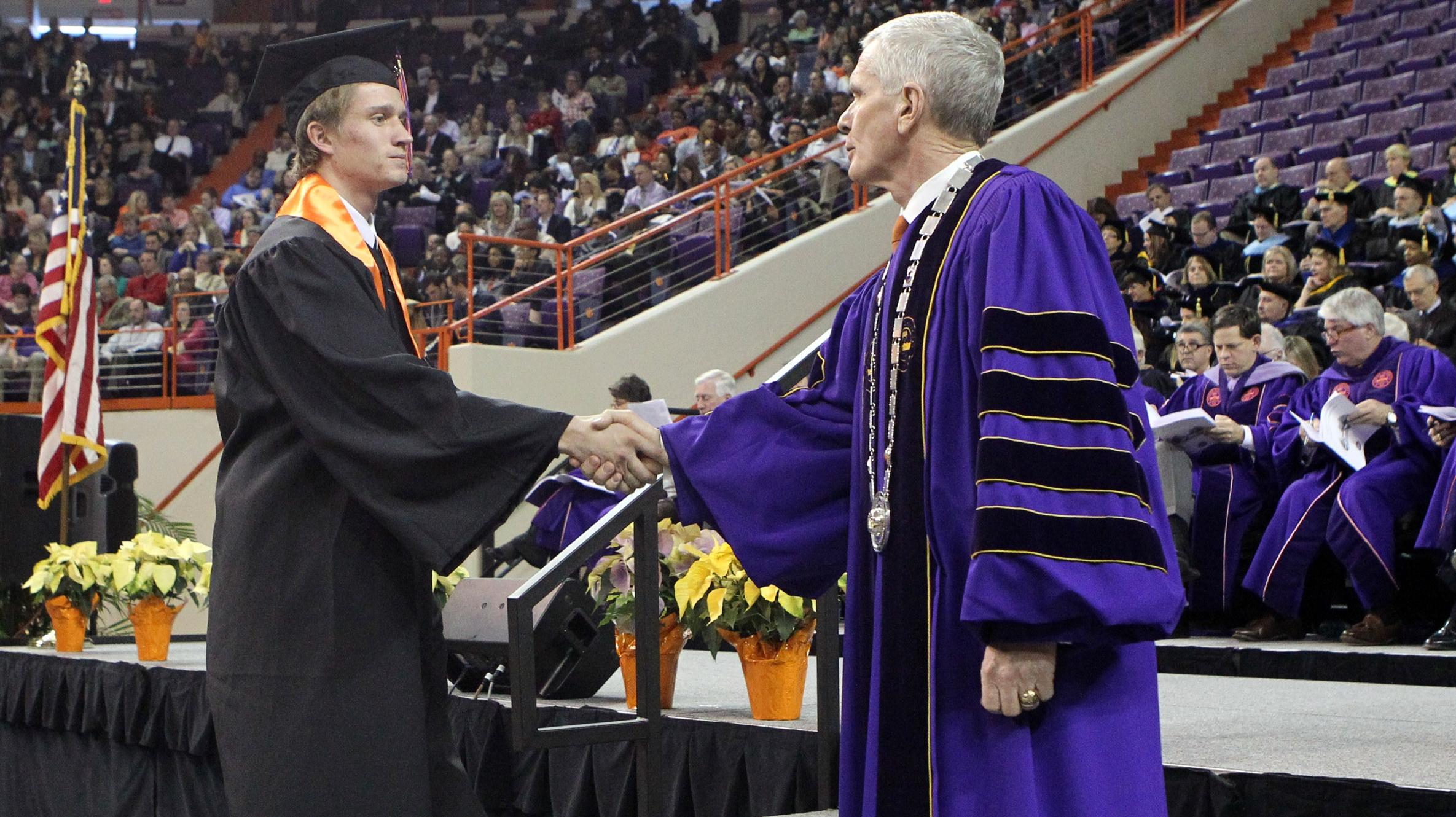 CLEMSON, SC – Four Clemson Men’s Soccer players were named to the All-Atlantic Coast Conference Academic Team as announced Wednesday by Commissioner John Swofford. The four selections from Clemson include: Ara Amirkhanian (JR), Manolo Sanchez (JR), Paul Clowes (SO), and Alex Stockinger (SR).   To be eligible for consideration for the All-ACC Academic team, a student-athlete, regardless of classification, must have earned a 3.00 grade point average for the previous semester and maintained a 3.00 cumulative average during his academic career. Stockinger graduated Cum Laude with a degree in economics. The four-year starter graduated in 3 ½ years. He returned to his native country of Norway to pursue professional playing opportunities there. During his career, he was named to the All-ACC academic team three times. He played in 74 matches and was a starter 64 times during his four seasons at Clemson. Last November, Amirkhanian was named district Academic All-American by the College Sports Information Directors of America (CoSida). He was second on the 2013 team with six goals and three assists for 15 points. The Clemson, SC native is a health science major. Sanchez was the team’s third leading scorer on the team with five goals and three assists for 13 points. The Philadelphia, PA native was a starter in 17 matches in 2013.Paul Clowes was a starter in 18 matches last season. The native of Manchester, England is a marketing major. In 2013, Clemson was ranked 24th nationally in the final Soccer America poll. Clemson finished the season with an 11-7-3 record overall and advanced to the NCAA Tournament for the first time since the 2006 season.Clemson’s 2013 All-ACC Academic Selections:   Ara Amirkhanian, Jr., Clemson (Health Science)Manolo Sanchez, Jr., Clemson (Communications)Paul Clowes, So., Clemson (Marketing)Alex Stockinger #, Sr., Clemson (Economics)