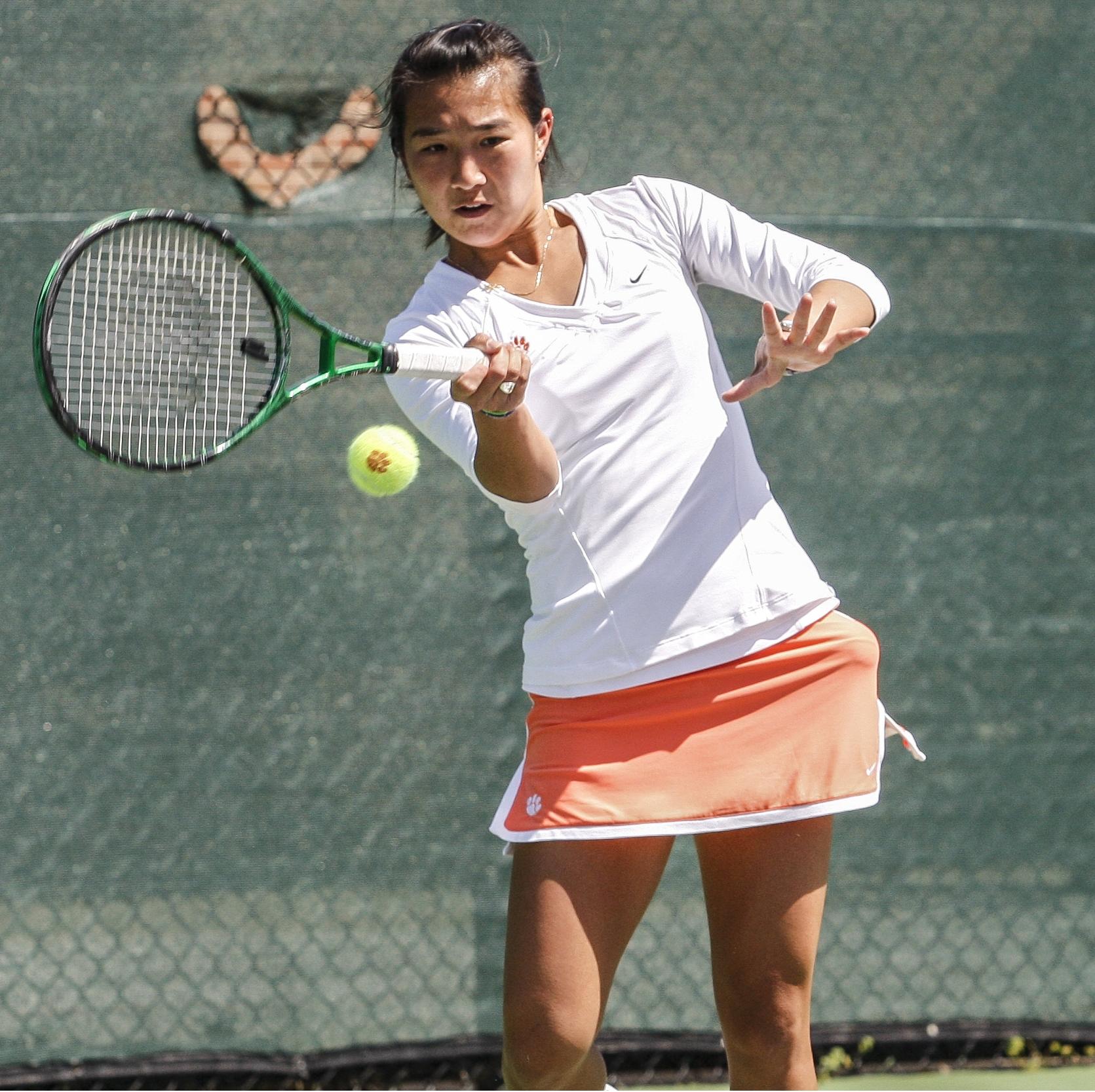 LEXINGTON, Ky. – Keri Wong, a 2012 Clemson graduate and two-time doubles All-American continued her strong play professionally, earning a runner-up doubles finish at the Kentucky Bank Tennis Championships ($50,000). Wong paired with Shuko Aoyama of Japan in the draw. Aoyama is ranked 58th in the world currently, and advanced to the doubles round of 16 at Wimbledon earlier in July.

Wong is ranked 184th in the world in doubles (and is one of two Clemson grads in the top-200, as Julie Coin ranks 158th), and her result this weekend should help her ranking. Wong and Aoyama cruised through the first three rounds in straight sets, which included a semifinal win over the 2014 ITA Collegiate Player of the Year, Jamie Loeb of North Carolina and Ashley Weinhold.

Wong has four career professional doubles titles, most recently winning the $25,000 tournament in Pelham, Ala. in April.