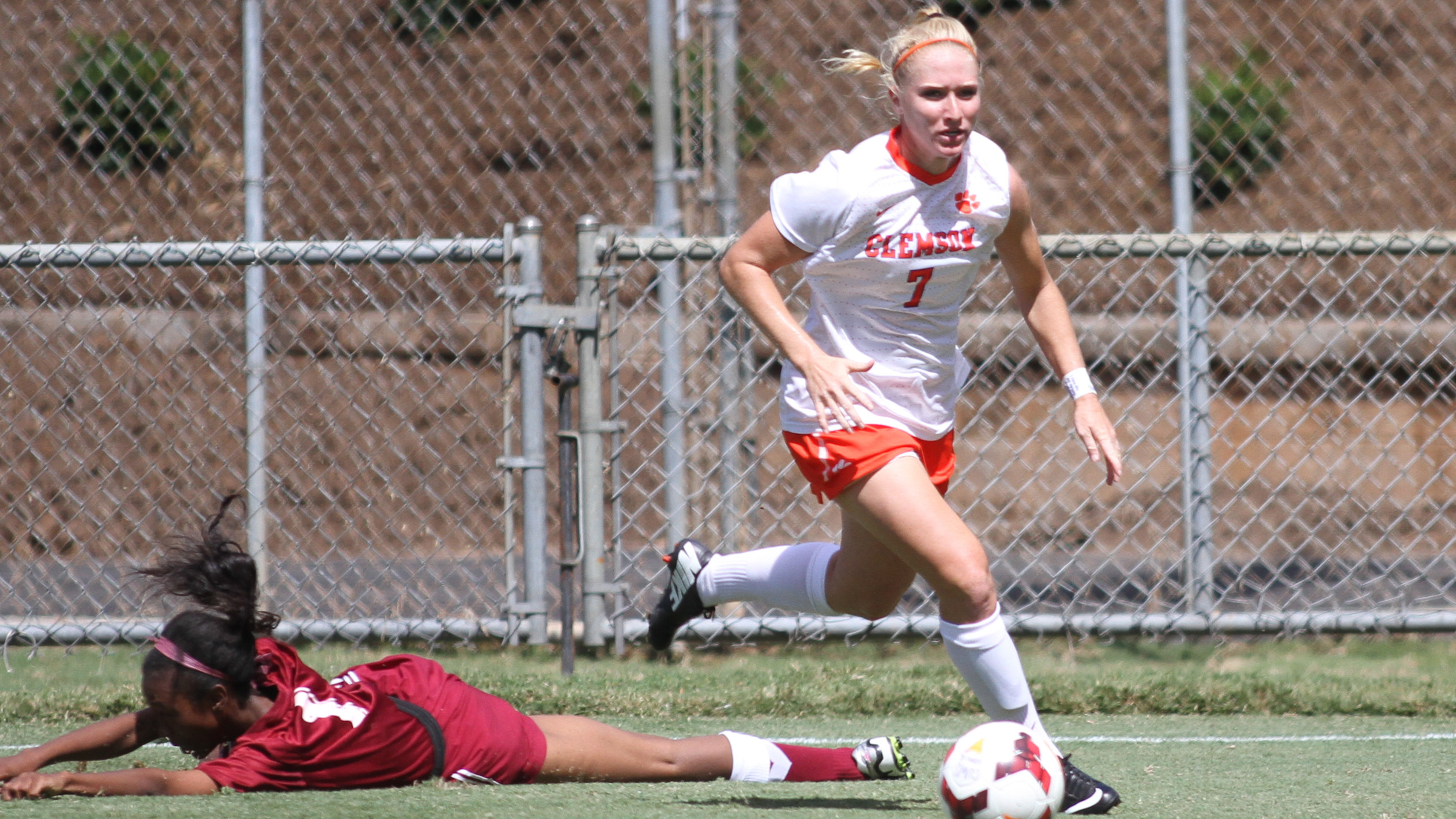 CLEMSON, SC – Former Clemson women’s soccer player Tabitha Padgett signed a contract to play with Gustafs GoIF, a professional team in Sweden. The native of Orange Park, FL will depart for Sweden at the end of March, and the team’s eight month-season begins in mid-April.

Padgett lettered at Clemson in 2012 and 2013 after transferring from UNC-Greensboro, and graduated from Clemson with a degree in English in December 2013. She tallied seven points on two goals and three assists this past season for the Tigers, and finished her Clemson career with 14 points, which included four goals. Two of those goals were game-winners, against Presbyterian College in 2012 and on the road versus North Carolina State in 2013.

Gustafs GoIF plays at the Division 1 level in the Norra Svealand League. The team is based out of Dalarna in central Sweden but plays its home matches at Morbyvallen Stadium in nearby Gustavus. Last season the team was 6-13-2 in league play and 2-1-2 in friendlies.

“I am very excited for Tabitha,” said Head Coach Eddie Radwanski. “It’s special when you have the opportunity to sign a professional contract and play the sport that you love. Going to Europe and having the opportunity to compete in Sweden, in one of the top leagues in the world, will be a great experience.

“We are all proud of her, and wish her nothing but the best. She will have a fabulous career.”