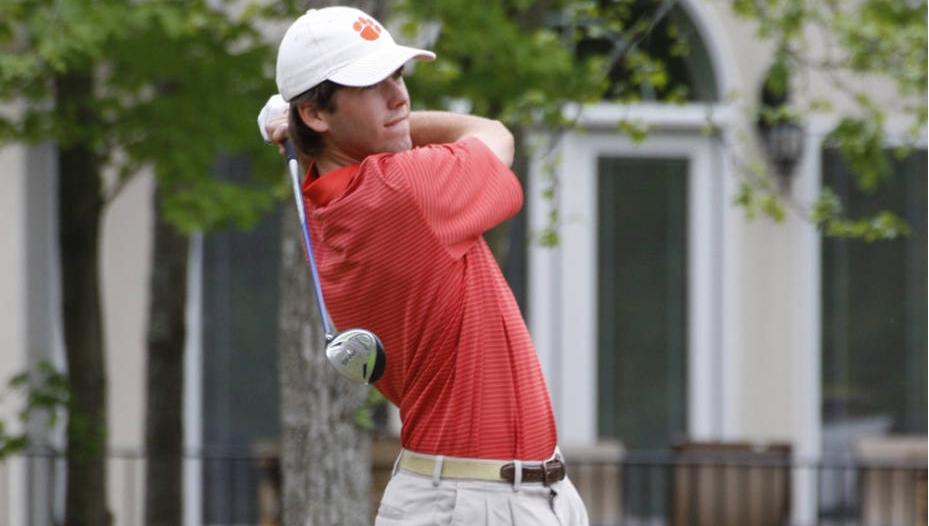 CLEMSON, S.C. – Former Clemson All-American Ben Martin fired a career best 10-under-par 62 on Thursday and has a two-shot lead after the first round of the Zurich Classic of New Orleans on the PGA Tour. Andrew Svoboda is second after an opening round 64.Martin’s round tied for the best on record by a former Clemson golfer on the PGA Tour. It was the eighth round of 62 and Martin is the seventh different former Tiger to score a 62 on the PGA Tour. Others to do it are Kyle Stanley, Charles Warren, Lucas Glover, Brent Delahoussaye, D.J. Trahan and Dillard Pruitt. Pruitt did it twice.Martin’s 10-under-par score was just the fourth score of 10-under-par by a former Clemson golfer. Stanley had a 10-under 62 in the first round of the Famers Insurance in 2012, Charles Warren had a 10-under 62 at the 2005 Greensboro Open and Jonathan Byrd had a 10-under par 63 at the Mercedes Championship in 2003.Martin’s round of 62 also established a course record for the TPC Louisiana Course that is located in Avondale, LA. It is tied for the third lowest score on the PGA Tour this year. Last fall, J.J. Henry had a 60 and Andres Romero had a 61, both at the Shriners Hospital Invitational in Las Vegas.Martin had his putter working as he had 10 birdies and eight pars. He rolled in nine birdie putts and chipped in from 55 feet on the 17th hole to get to 10 under. He missed a 13 foot birdie putt on the par five 18th hole that would have given him a 61.Martin’s 18 made shots on Thursday were from a combined 178 feet, so he averaged nearly a made 10-footer per hole.The native of Greenwood is coming off a third place finish at the Heritage last weekend. He shot a final round 67 in that event to win a career best $336,000. Over his last 48 holes he has made just one bogey and has 15 birdies.

Martin was a letterman on Clemson’s golf team from 2006-10. He was an All-American in 2010. As a sophomore in 2008 he joined forces with current PGA Tour player Kyle Stanley to lead Clemson to a fifth place national finish at the NCAA Tournament in West Lafayette, IN.