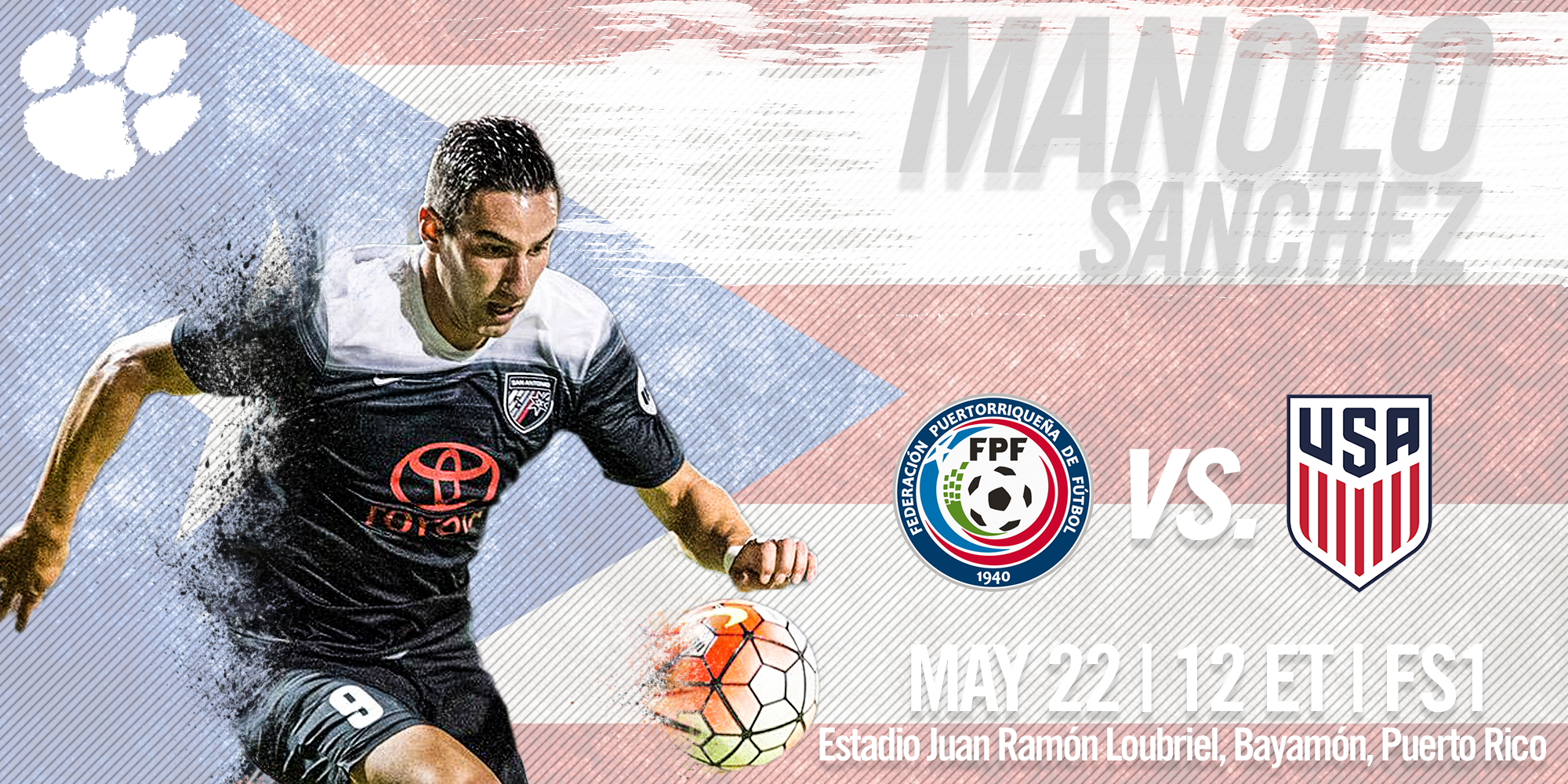 CLEMSON, S.C. – Former Tiger Manolo Sanchez is set to make his debut with the Puerto Rico national team on Sunday, May 22 against the United States National Team. The match is set for noon at Estadio Juan Ramón Loubriel, in Bayamón, Puerto Rico. Sanchez was called up to Puerto Rico once before, but Sunday will likely mark his first international appearance for the country of his family’s heritage. According to MLSSoccer.com, he is listed as a player to watch.

Sanchez played three seasons for Clemson after transferring from Louisville, making an immediate impact for the Tigers upon his arrival in 2012. He was the team’s third leading scorer his first year with the Tigers and tallied six assists in 2012. In 2013, Sanchez once again made a significant impact in front of goal for Clemson, recording five goals. In 2014, he led the team in scoring with 12 points, helping contribute to the 2014 ACC Championship title.

After his time at Clemson, Sanchez was drafted 79th overall by the New York Red Bulls in the 2015 Major League Soccer SuperDraft and made his MLS debut on June 20. Sanchez is now a key member of USL side San Antonio FC, scoring his first goal for the USL side earlier this month.