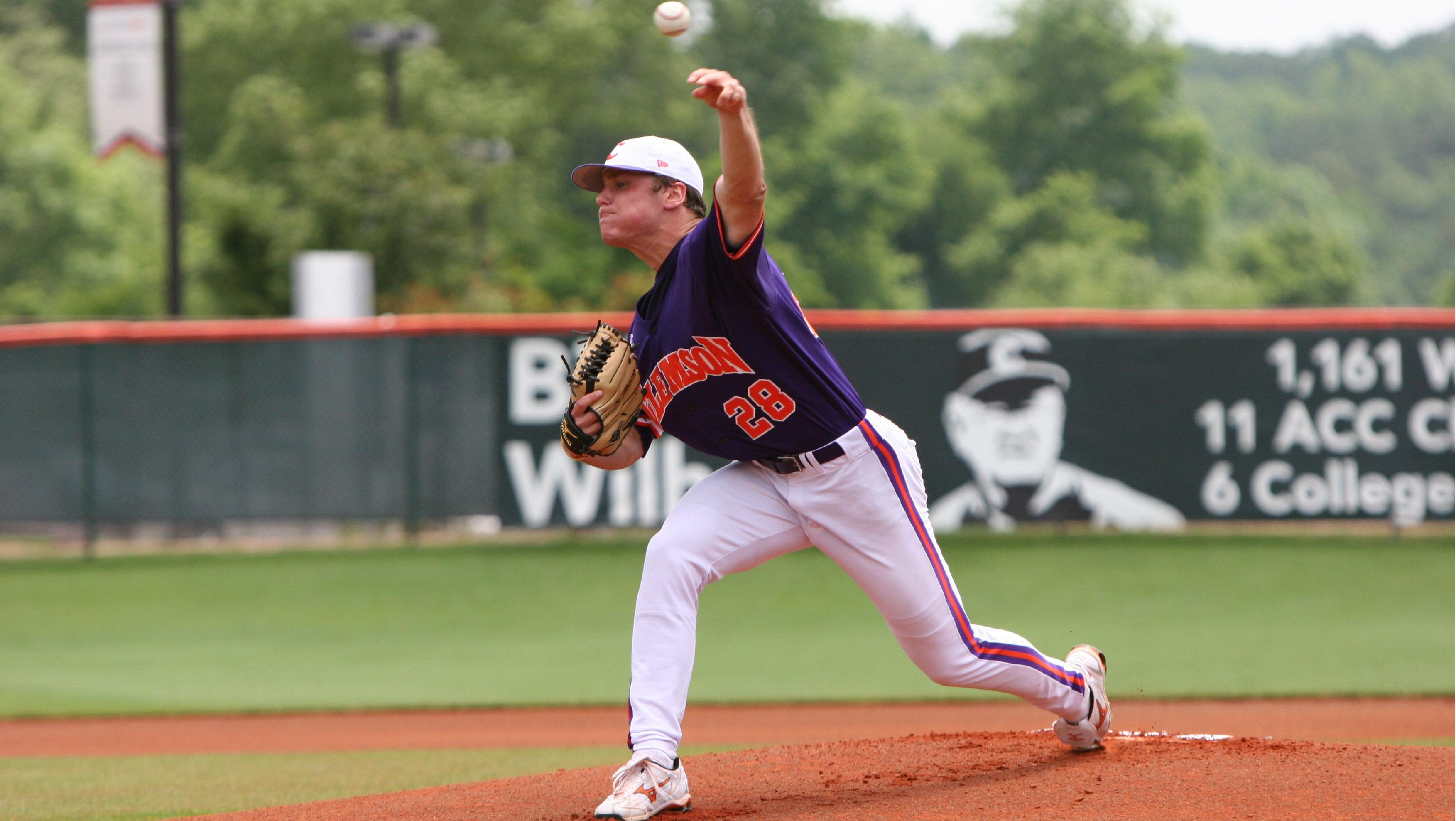 Former Tiger Lefthander Chris Dwyer Called Up to the Majors

Clemson, SC – Former Tiger lefthander Chris Dwyer was called up to the Major Leagues on Wednesday, announced by the Kansas City Royals.  Dwyer will join the club for Wednesday night’s contest against the Cleveland Indians in Kansas City.  The Royals will then host a three-game series against the Texas Rangers starting Friday night.

Pitching for the Omaha Storm, Dwyer carried a perfect game into the seventh inning of Monday’s Triple-A National Championship Game.  He totaled eight strikeouts and was named the game’s MVP in Omaha’s 2-1 win over Durham at Coca-Cola Park in Allentown, PA.

In his five-year minor league career, Dwyer is 34-37 with a 4.57 ERA in 547.2 innings pitched over 105 appearances (103 starts).  He also has 470 strikeouts against 269 walks pitching with four different minor league teams in the Royals’ organization.

Dwyer pitched just one season (2009) at Clemson, where he was 5-6 with a 4.92 ERA and .236 opponents’ batting average in 86.0 innings pitched over 17 starts.  He led the team in starts and strikeouts (95), becoming the first Tiger freshman to lead Clemson in strikeouts in 12 years.

He was drafted by the Royals in the fourth round (#122 overall pick) of the 2009 June draft.  The Swampscott, MA native became the first-ever first-year freshman from a four-year college selected in the Major League draft.

Dwyer can become the 49th Tiger in history to play in a Major League game, including the 18th Tiger who played under Head Coach Jack Leggett.