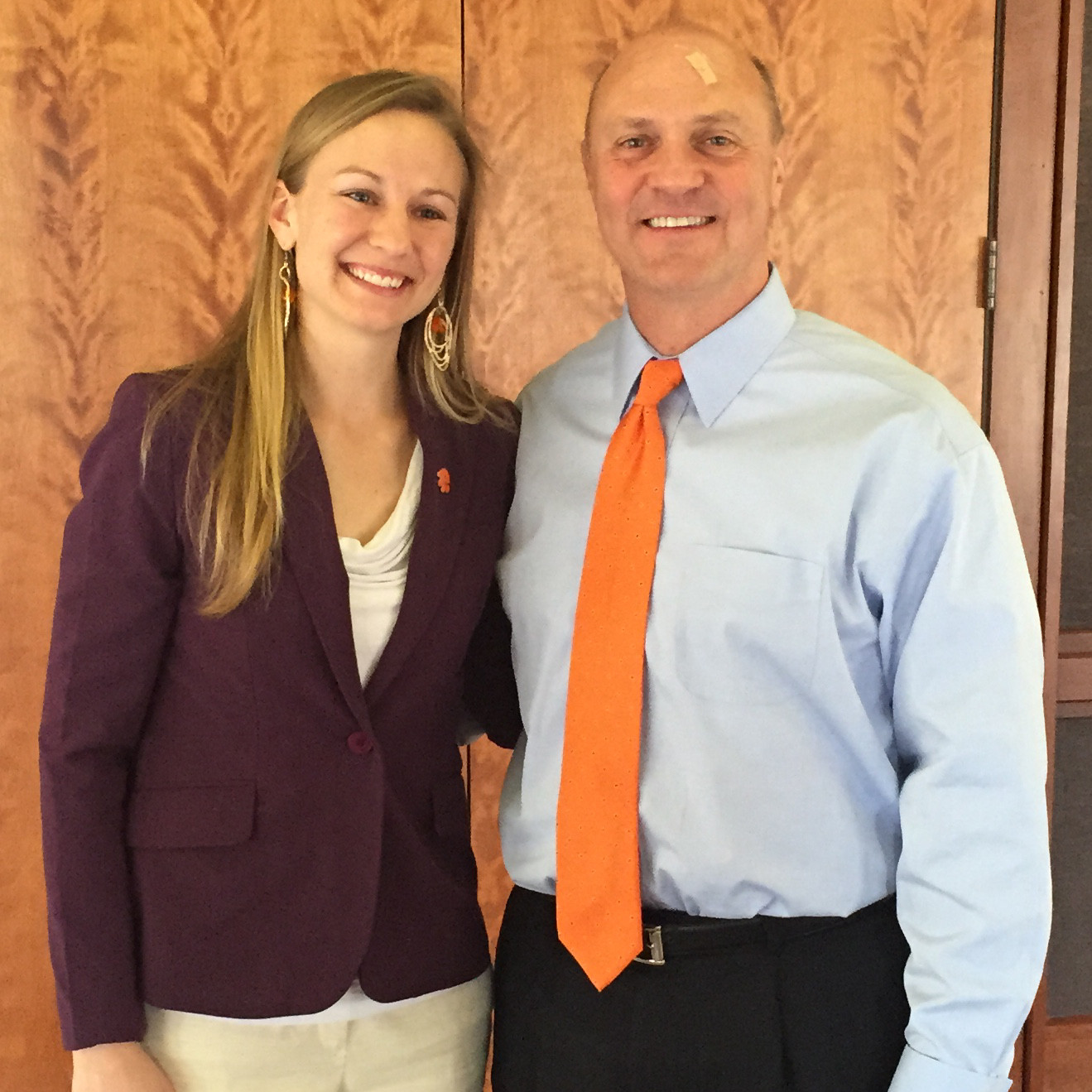 A three-time letterwinner and member of the 2009 ACC Championship team, Bre Przestrzelski recently garnered national recognition for her academic and civic leadership.

‘The Association of American Colleges and Universities (AAC&U) named Przestrzelski a recipient of the prestigious K. Patricia Cross Future Leaders Award. She is one of 10 winners chosen from more than 275 nominations from 137 institutions.

“Despite her young age, Breanne is a leading global scientist with a distinguished record of education, research and service accomplishments,” said Martine LaBerge, who chairs Clemson’s bioengineering department. “Through her sustained effort and dedication, Breanne has been an agent of change at Clemson and in the biomedical engineering community at large.”’