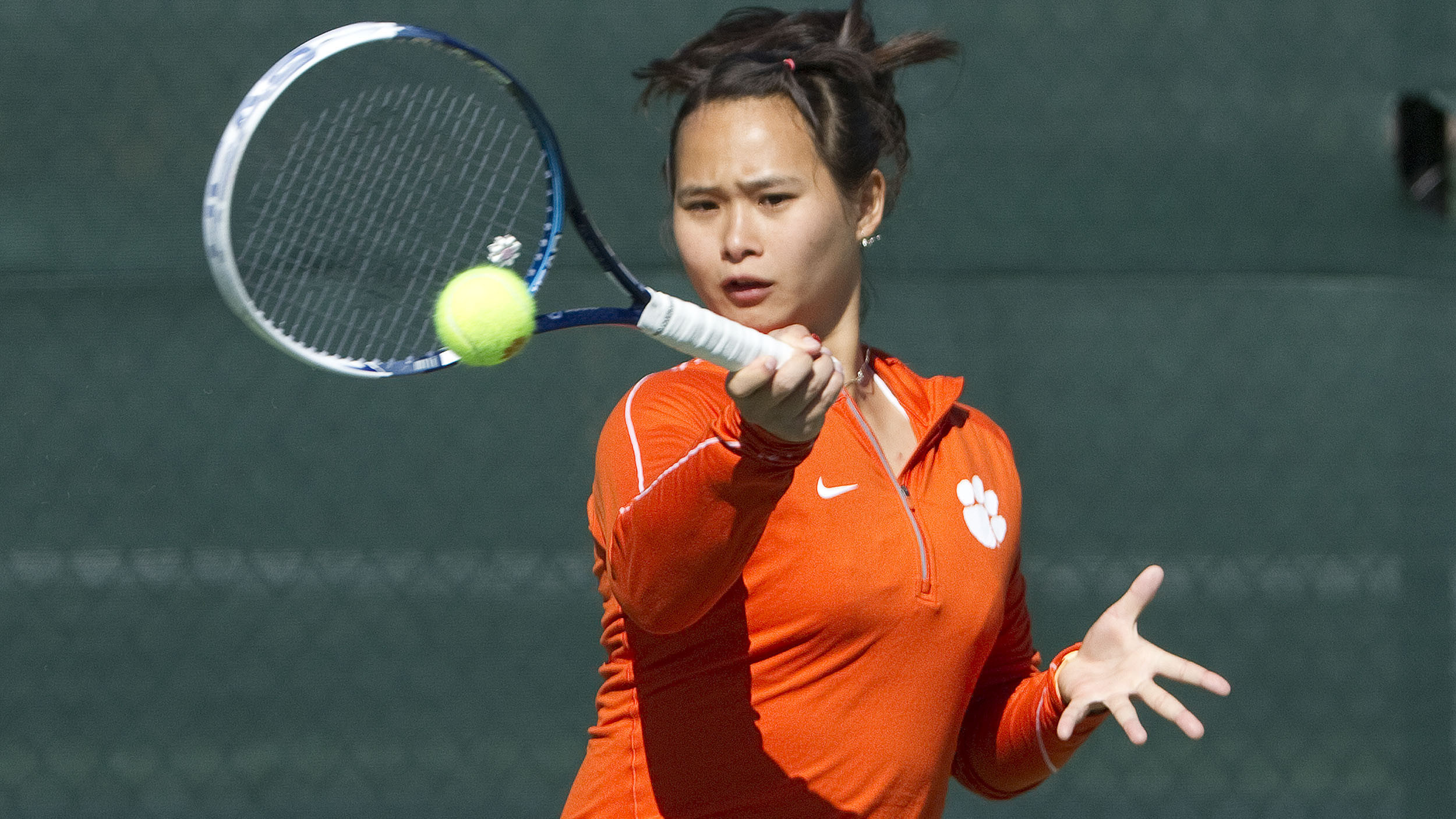 CARY, NC – Seventh-seeded Florida State upended second-seeded and 11th-ranked Clemson, 4-3, in the quarterfinal round of the ACC Tournament on Friday at the Cary Tennis Park in Cary, NC. The match took five hours to complete, and saw several lead changes and momentum swings, of which the Seminoles (16-8) struck the final blow.

In a three-setter on court two, Liz Jeukeng and Francesca Segarelli battled for more than two-and-a-half-hours, outlasting all other matches by more than 45 minutes. Jeukeng took the first set in a tiebreaker, but Segarelli hung around to win the second set, 6-4, and take a 3-0 lead in the third set. However, the Tiger freshman showed her teeth, grinding out the next three games to get back on serve. Each player held for the next three games, and, up 5-4, Segarellie broke Jeukeng to clinch the match for the Seminoles.

Clemson had beaten Florida State, 5-2, in Tallahassee earlier in the season, but tournament play proved to be a different animal for the Tigers. Clemson has just two players on the roster who have competed in the ACC Tournament previously. Each of Clemson’s three sophomores won their respective singles matches, but neither of the three freshmen were able to put one on the board to push Clemson to the win.

Romy Koelzer won her match in straight sets as well on court five, 7-6, 7-5, to improve to 19-10 this season. Koelzer and Gumulya are the only holdovers from last year’s team, and each posted wins in the tournament.

A third sophomore, Yana Koroleva, ranked 15th in the nation, won her match, 6-1, 4-6, 6-1 en route to her 22nd win of the season. She was named to the All-ACC team in her first season with the Tigers, as she has gone 11-1 against ACC competition this season.

For the second time this season, Florida State took the doubles point from Clemson, in what turned out to be the deciding point in the match. Beatrice Gumulya and Yana Koroleva cruised to an 8-2 win on court one to start things off. On court two, Romy Koelzer and Tristen Dewar found themselves in a two-break hole before coming back to tie the match at 7-7. However, Florida State took the win, 9-7, to send the decision to court three.

There, Liz Jeukeng and Ani Miao had worked to take a 7-4 lead. However, FSU held, and then broke to get back on serve, and ended up taking the match to a tiebreaker. In the tiebreaker, the Noles held on for a 7-1 win to give Florida State the 1-0 lead.

Then, momentum started to shift Clemson’s way. Beatrice Gumulya, Liz Jeukeng, and Romy Koelzer each won tiebreaker first sets, and Gumulya, Koelzer, and Koroleva were able to push through wins to give Clemson a 3-2 lead.

The only two matches left on the court were Tristen Dewar on six and Jeukeng on two. Dewar fell in her match, 1-6, 7-5, 6-2 to even the match at three and send the decision to Jeukeng’s court, and the freshman was not able to convert.

The Tigers will now await seeding in the NCAA Tournament. Clemson, ranked 11th in the nation, is in position to host the first and second rounds. The NCAA Selection Show will be April 30 at 5:30 pm on NCAA.com.