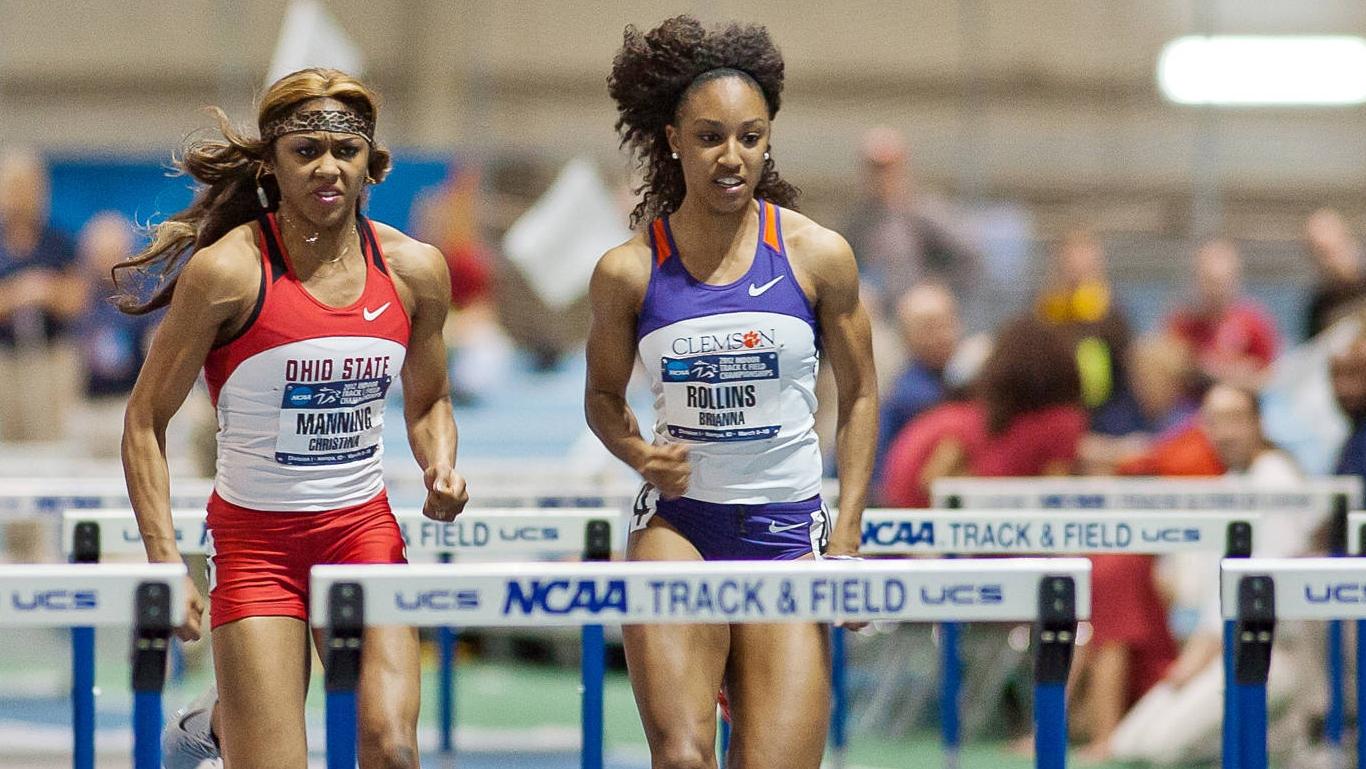 CLEMSON, SC – Clemson had five different athletes combine for five medals over the weekend in Guanajuato, Mexico at the North American, Central American and Caribbean (NACAC) Under-23 Track & Field Championships.  Alyssa Kulik and Brianna Rollins won gold medals for Team USA in individual events.  Marlena Wesh took silver in the 400 dash for Haiti, while Warren Fraser won a silver medal with the Bahamian 4×100-meter relay.  Jasmine Brunson took bronze in the triple jump for Bermuda. Rollins’ ran a sizzling time of 12.60 to dominate the field by more than four tenths of a second.  The time was aided by a +4.5 meters per second tailwind.  Two of this year’s Team USA Olympians in the 100 hurdles, Dawn Harper and Lolo Jones, are among the former winners of the event at the NACAC U-23 Championships. Kulik finished out her career in fine style, winning the women’s 3000-meter steeplechase with a time of 10:21.04.  She was more than 20 seconds ahead of the next highest finisher, defending champion Rebeka Stowe of Kansas.  The gold medals won by Kulik and Rollins were the first collected by any Clemson track athlete in the brief history of the NACAC U-23 Championships. Wesh won the silver medal in the 400 dash after running 51.23 in the final, two tenths better than her collegiate best.  She was behind only LSU standout Rebecca Alexander, who ran for Team USA.  Wesh ran for Haiti due to her dual citizenship with that Caribbean nation. She will also run for Haiti in the London Olympics next month in the 400. Fraser ran multiple events Saturday.  The junior from Nassau, Bahamas posted a sixth-place finish in the 100 dash after a solid time of 10.30 in the final.  He previously ran 10.23 in the prelims. Fraser then ran second leg for the Bahamian 4×1 and helped the team to a second-place finish and time of 39.65. Fraser is also set for the Olympics next month. Brunson, who hails from Southampton, Bermuda, hit a mark of 41’5″/12.62m in her third-place showing.  Brunson was an indoor All-American in the triple jump for the Tigers as a junior this past winter. Clemson freshman Dezerea Bryant will have a chance to add to the Tigers’ medal collection.  The USA Junior Champion in the 100-meter dash, Bryant will compete in the IAAF World Junior Championships later this week in Barcelona, Spain.