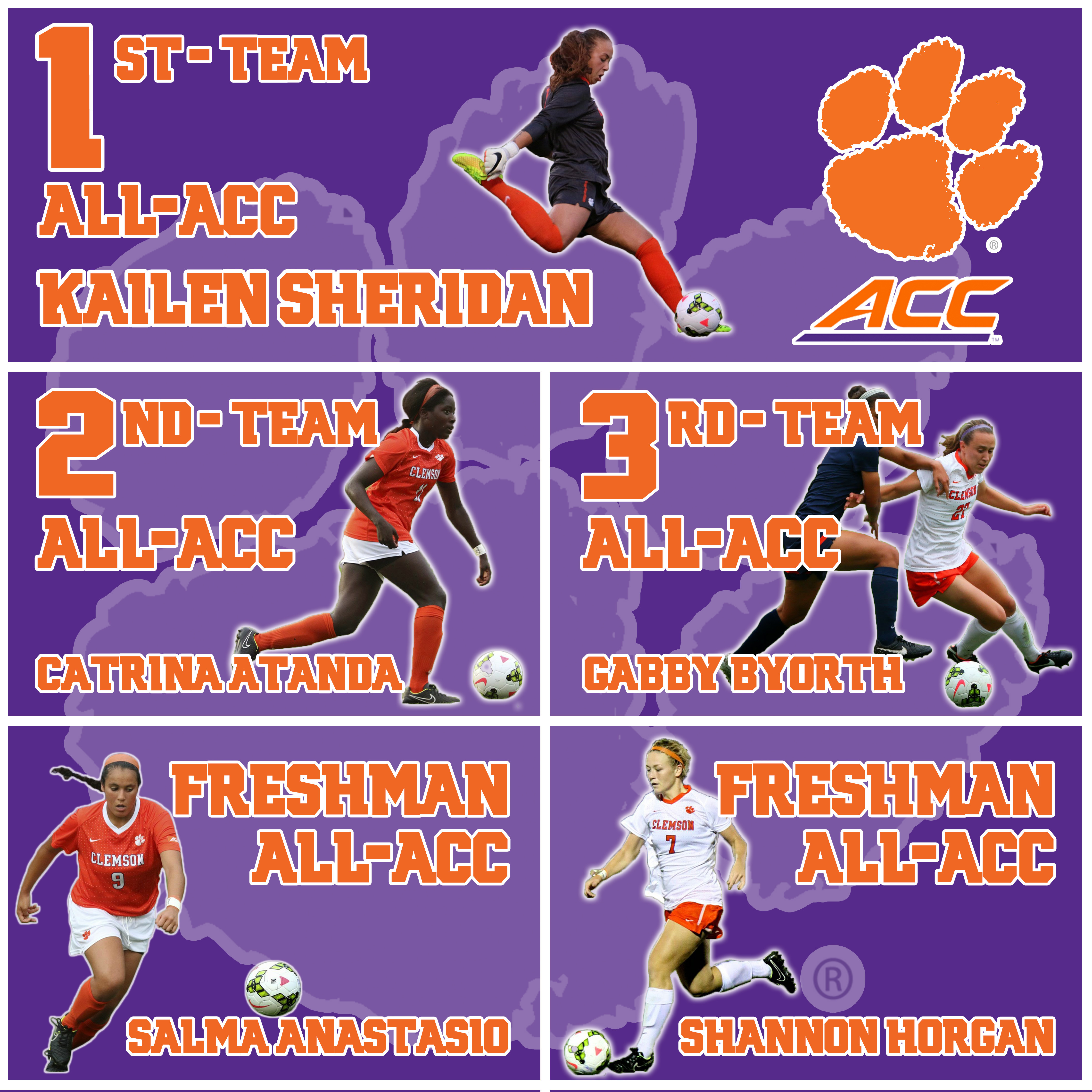 Sheridan was named Third Team All-ACC and also named to the All-Freshman team last season. Through the 2014 regular season, Sheridan has 47 saves and 10 goals allowed in 17 games and almost 1500 minutes in goal. She also has seven solo shutouts, tied for third in the ACC. Her 10 goals allowed is the third fewest in the league and her .800 percentage is tied for fourth in the conference.

Sophomore midfielder Catrina Atanda was named Second Team All-ACC as voted on by the 14 coaches in the conference. She was also chosen as the College Sports Madness ACC women’s soccer player of the week this week for her performance in the 2-0 victory over NC State on Nov. 1.

Sophomore defender Gabby Byorth was named Third Team All-ACC, her first career ACC honor. Byorth was also honored last week as a Capital One Academic All-District selection.  The native of Dublin, Ohio has helped anchor the Clemson defense that has allowed just 10 goals on only 102 shot attempts. She has one goal and four assists so far in 2014.

Freshmen Salma Anastasio and Shannon Horgan were chosen to the All-Freshman team. Horgan, a forward from Long Beach, N.Y., has two goals and six assists on the season. Her six assists, all coming in two games, put her in a tie for eighth in the ACC. Anastasio, a forward from Trumbull, Conn., has five goals and three assists for 13 points, second on the team behind only Atanda.

The Tigers finished the regular season 13-3-2 overall and 6-3-1 in the ACC. Clemson will now await word about an NCAA bid. The selection show is scheduled for Monday, Nov. 10 and the first round of the NCAA tournament is Nov. 14-16.

Here is a complete list of the 2014 All-ACC Women’s Soccer Teams: