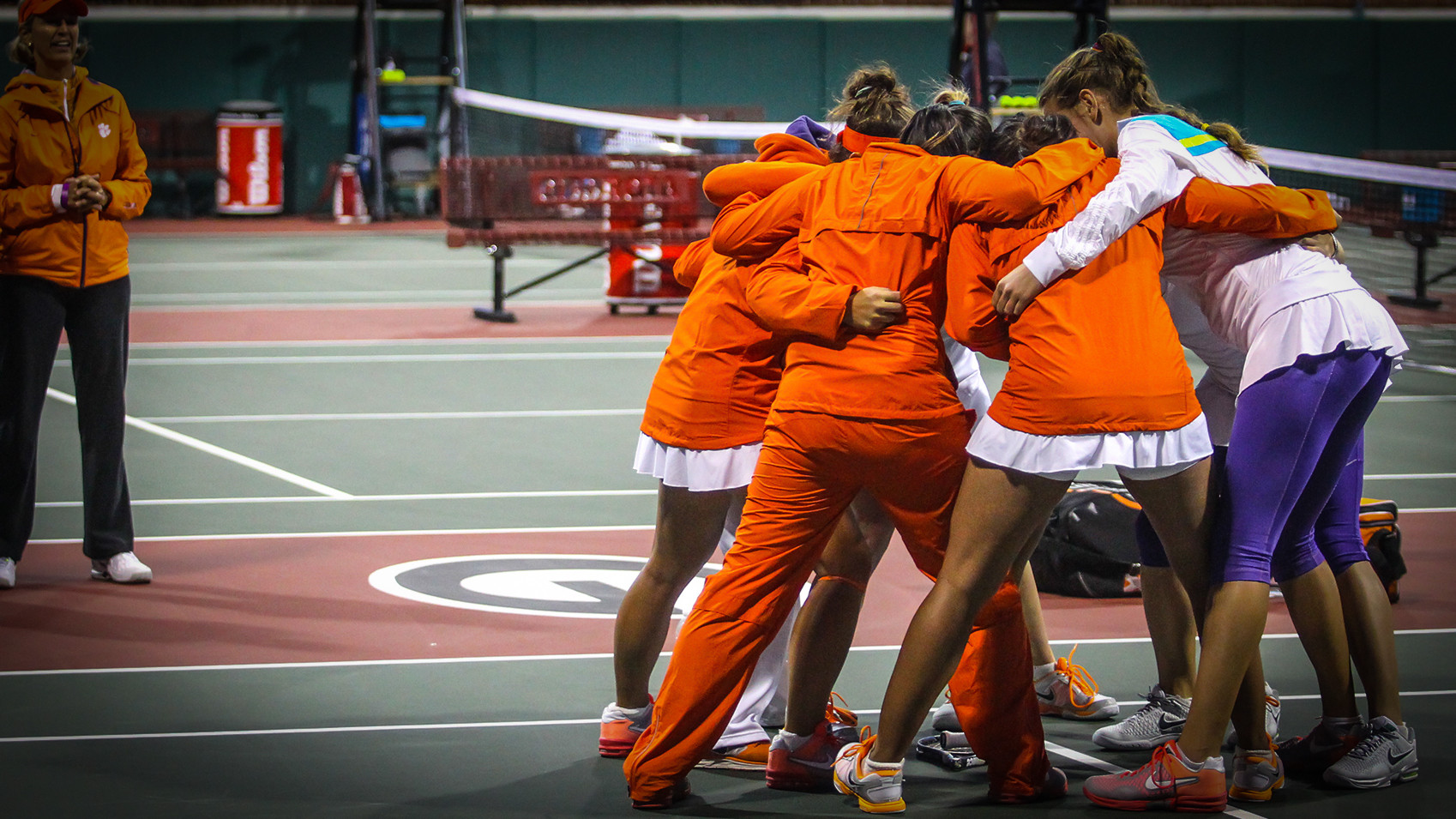 CLEMSON, S.C. – The Intercollegiate Tennis Association unveiled the final 2014 individual rankings on Wednesday, which includes five members of Clemson’s 13th-ranked squad in singles and doubles. The ITA ranks 125 players in singles and 80 doubles teams via computer formula.  Junior Romy Koelzer was the highest-ranked player in singles, coming in at 33rd. She advanced to the Second Round of the NCAA Singles Championships, falling to eventual finalist Lynn Chi. Yana Koroleva came in at 34th, after playing at the top position for most of the season. She also advanced to the Second Round individually. Beatrice Gumulya also worked her way into the rankings at 89th after going 23-13 this season.  In doubles, the tandem of Koroleva and Gumulya finished 15th, the highest-ranked duo at Clemson since Keri Wong and Josipa Bek finished 2011 ranked 3rd. Gumulya also teamed with Jessy Rompies to finish 26th, which includes their default win over the number-one tandem in the nation in the Round of 32 at the NCAA Championships. They just missed advancing to the Elite Eight after falling in a third-set tiebreaker.  Finally, Koroleva and Tristen Dewar came in at 72nd. The duo went 8-3 this year.  In terms of matches played only in the Carolina Region, Koroleva (6th), Koelzer (7th), Gumulya (10th) and Dewar (14th) were listed in the singles. Gumulya and Koroleva were listed fourth, and Gumulya and Rompies were sixth in the doubles.  Clemson went 22-7 this season and tied for a share of the ACC Regular Season Championship with a 12-2 record.   Singles: Romy Koelzer – 33rd Yana Koroleva – 34th Beatrice Gumulya – 89th Doubles Yana Koroleva/ Beatrice Gumulya – 15th Beatrice Gumulya/ Jessy Rompies – 26th Tristen Dewar/ Yana Koroleva – 72nd