There is a defining moment in every athlete’s career where they are forced to reflect on what has happened to them and how that event impacted their team. Whether it be a missed free-throw in a close game, a career-defining injury, or the decision to walk away from the sport altogether, every athlete experiences some variation of these moments.

Luis Felipe Fernandez-Salvador’s moment came on December 6, 2019, as the junior from Guayaquil, Ecuador, stepped to the penalty spot with thousands of eyes focused intently on him under the lights of Historic Riggs Field. The moment at hand was the sudden-death penalty kick round of the NCAA Men’s Soccer Quarterfinals, with a spot in the College Cup on the line for either Clemson or Stanford to take. The two sides each made it through the first five kicks even at 4-4, and after the Cardinal made their first kick in the sixth round, Fernandez-Salvador had to make his shot to keep Clemson’s postseason hopes alive.

The shot was hit to the left side of the goal and was saved by the keeper. The Tigers’ season was over. 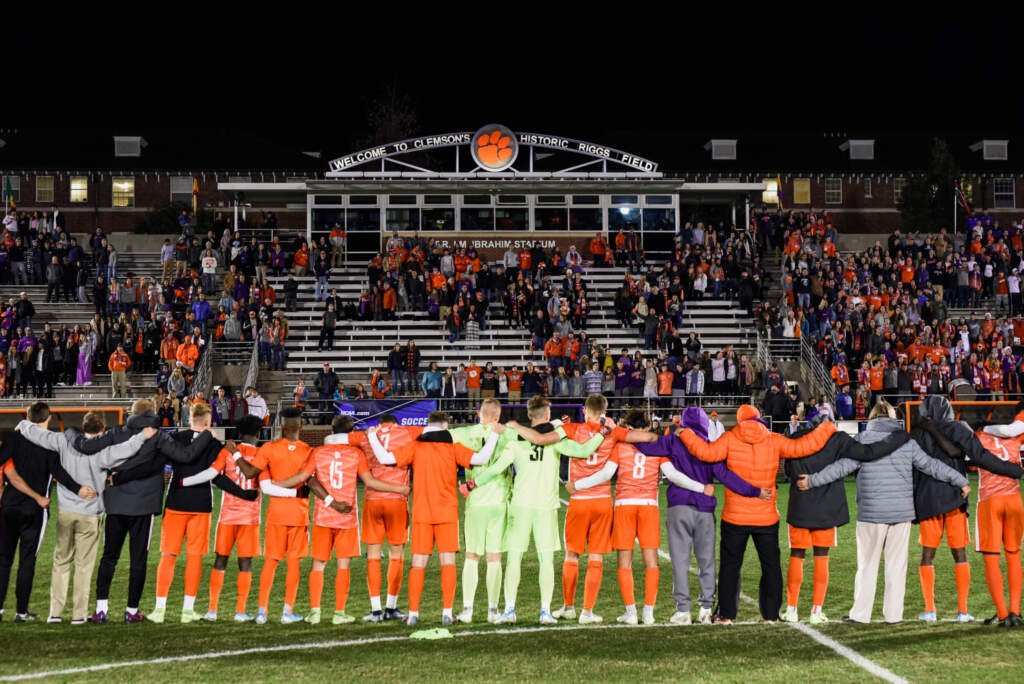 “After that kick, it was probably one of the worst feelings I’ve ever had in my life, whether in soccer or out of soccer,” said Fernandez-Salvador. “Seeing their whole team celebrate was something that stuck in my mind…”

The days and weeks that followed saw the Tigers’ skilled midfielder replay the moments in his head and left him asking questions about that fateful night.

“What could I have done better to prepare?”

However, there came the point that rather than asking questions of himself and of that night, Fernandez-Salvador began to search for answers. He found those answers on the Tigers’ practice field.

“Every day at practice, I would try and set a goal. I wanted to set myself up in the best spot for when I got that (next) chance.”

That chance would come exactly 349 days after his postseason miss in Chapel Hill, N.C., where only a few eyes watched this time, as select friends and family were allowed in for the Tigers’ ACC Semifinal match against the Virginia Cavaliers.

The match saw the Tigers jump out to an early lead, and the team looked to be in control with only 10 minutes remaining until the final whistle would blow.

However, with just a little more than five minutes left on the clock, an unfriendly deflection off of a Virginia shot sent the ball into the back of Clemson’s net, drawing the match level at 1-1.

But Clemson wasn’t going down easy. The unpleasant memory of the previous year’s ACC championship match against Virginia was surely still on the mind of every player.

Just two minutes after conceding, an opportunity was presented.

Kimarni Smith was fouled after gliding past his defender inside Virginia’s 18-yard box, giving the Tigers a chance to convert a penalty kick, which would all but solidify victory.

Fernandez-Salvador knew this was his moment. 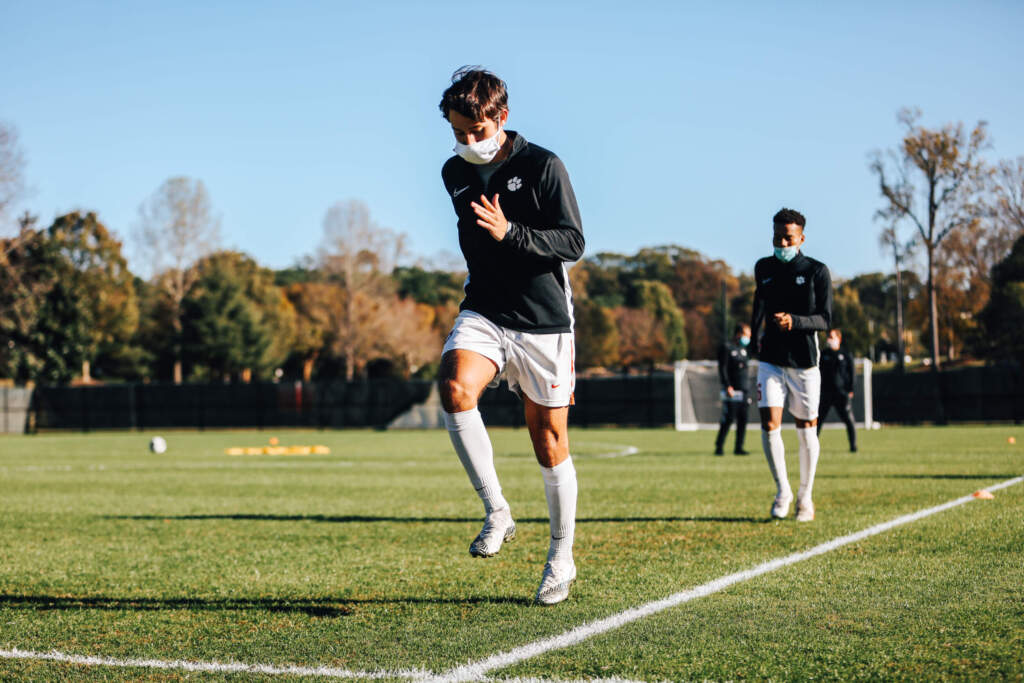 “I looked at him (Kimarni) and said ‘I got this,’ and he just looked back at me and said, “Yeah, you got this.’ I knew my teammates had my back and that gave me so much confidence.”

While discussions continued within the 18-yard box, as appeals were continuously launched towards the referee, Fernandez-Salvador made sure to collect himself and stay patient. When the time came for him to take the kick, he was focused on what needed to be done and could visualize it all unfolding in front of him.

“I didn’t let any negative thoughts get into my head. That was something that our sports psychologist, Cory, has really helped me with when I would meet with him.”

“I envisioned that I was taking a penalty kick at practice. It helped that there were no fans there, so I just imagined the goal as if George (Marks) or one of our goalkeepers was in it on our training field… The moment I was in was something that I had practiced for, and once I put the ball down, I was only envisioning the back of the goal shaking. It was perfect.”

And with his shot just moments later, Fernandez-Salvador redefined his career with a new marquee moment.

Whereas 349 days prior, his teammates walked to meet him atop the 18-yard box where he stood thinking about what could have been as the season came to a close, now the junior ran towards his teammates’ arms to celebrate. The Tigers were set to go back to the finals.