The “Extra Time” series aims to provide an in-depth look at the stories within each of Clemson’s men’s soccer matches during the 2020 season. A new player or staff member will be featured following each match!

When you look at the Clemson men’s soccer roster for the 2020 season, you’ll see a large contingent of players from the state of South Carolina. However, despite the depth of in-state talent, only one player can call Clemson his home. That player is John Martin.

Martin was born and raised a Clemson Tiger and is now synonymous with the men’s soccer program. The junior splits his time around the field, with experience playing defense and midfield as a part of the Tigers’ squad. Off the field, Martin studies Health Science and represents the men’s soccer team as a part of Clemson’s Student-Athlete Advisory Committee.

On Wednesday, Sept. 30, Head Coach Mike Noonan was leading the team’s walk-through in preparation for his side’s season opener at South Carolina the following night. As the players flowed across the field while Noonan talked through technical scenarios, they maneuvered around a group of obscurely placed cones sitting in the middle of the field. What might have looked like a random assortment was actually a carefully crafted design in the shape of South Carolina. This was planned by Noonan as the final piece for his team’s preparation. 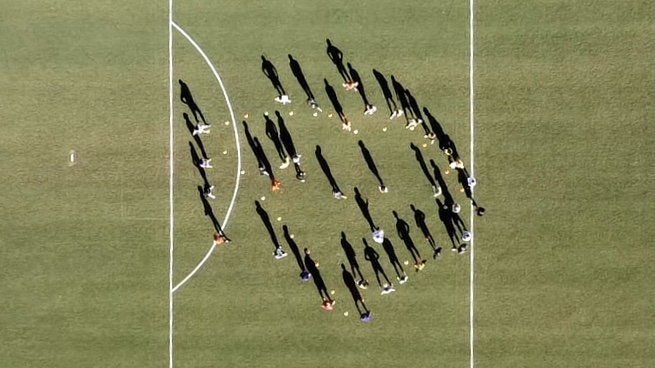 After Noonan addressed the final technical aspect for the upcoming match, he ushered the team to stand around the cones. One by one he called the team’s seven in-state players to go and stand within the state at an approximate location to where their hometown would be. After calling the first six players, Martin was the only one that remained.

When Noonan called Martin to go and stand within the state, he started to reflect and share with the team the relationship he and associate head coach Phil Jones have had with Martin from a young age and the duo’s earliest days in Tigertown. As Noonan’s remarks came to a close, he spoke about the development and improvement that Martin has had as a Tiger. It was because of this that Martin would earn his first career start the following evening against the Gamecocks. 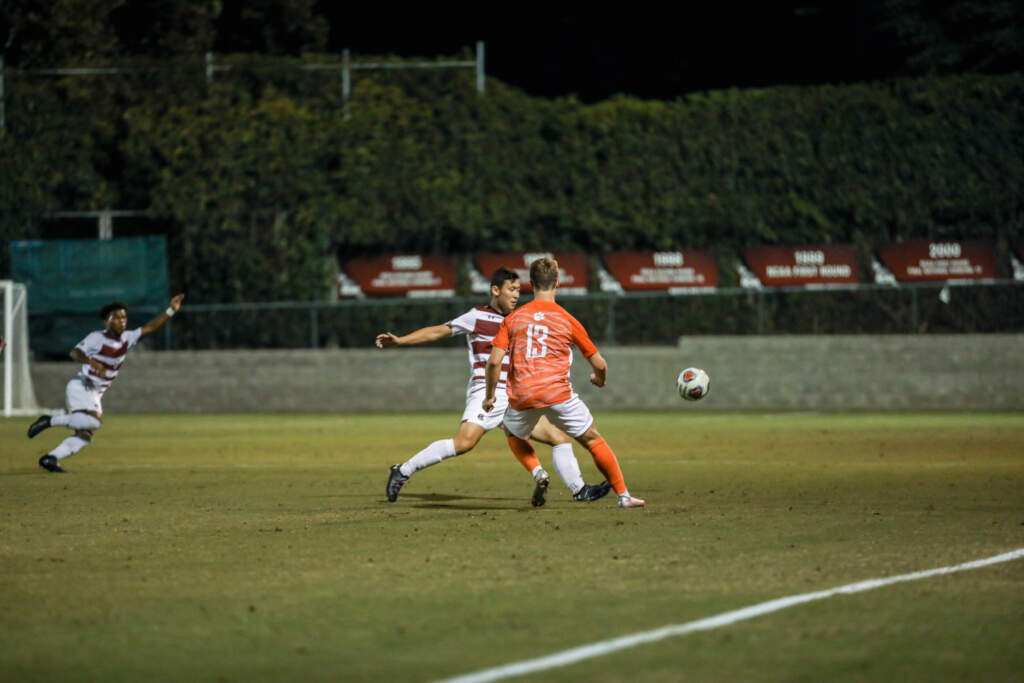 “It meant a lot to me. I’ve been around the program and these coaches since I was eight and nine years old,” reflected Martin. “For them to watch me develop and trust me to be on the team and now trust me to start, I am extremely grateful for the opportunity they gave me.”

The following night, Martin slotted in along the Tigers’ backline and contributed 82 minutes to the Tigers’ 3-0 victory over the Gamecocks. While the box score may not have reflected much about Martin’s performance, his impact on the match was felt by all on the pitch.

“It was an amazing feeling to finally get my first start… I felt like I had the opportunity to make Clemson proud and I think we did that with the 3-0 result.”

Martin’s first career start will certainly not be his last while wearing the Clemson Orange and Regalia. Just as he has been since his earliest days with the soccer staff, Martin will always be ready when his number is called.