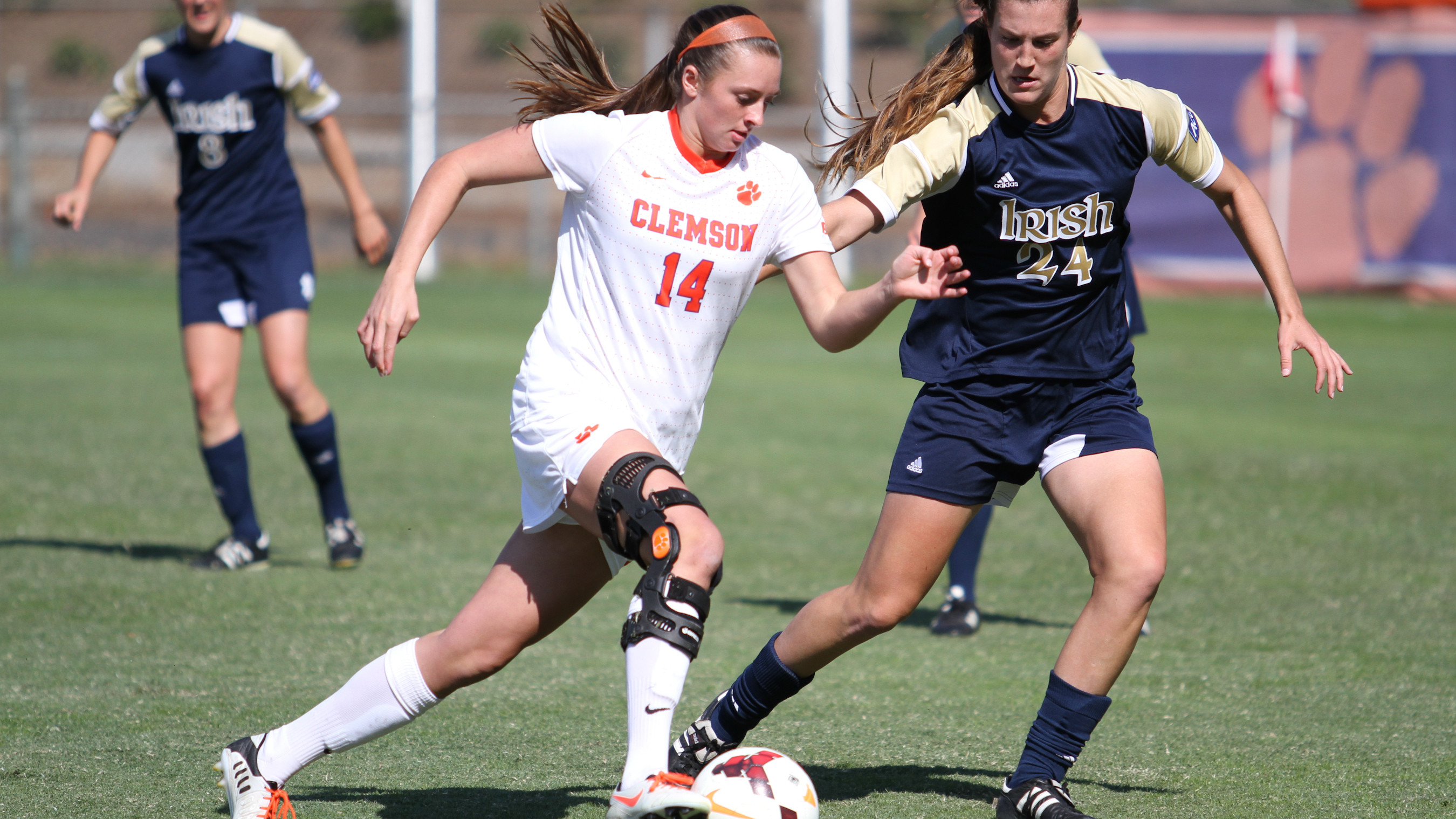 CLEMSON, SC – Plenty of college students will be spending their upcoming spring breaks in exotic locales, and Tori Andreski, Anna Davis, Allie Kington and Jenna Weston are no different.

But the Clemson women’s soccer players aren’t traveling to Honduras next month to get away from school – they are going to build one.

Kington, a sophomore, and her three freshman teammates attended a recent interest meeting on campus for Students Helping Honduras, a non-profit organization working to build schools in villages across Honduras.

The meeting was an eye-opening one for the four friends, as they learned about the poverty and violence that have stricken the Central American nation.

“Their schools are basically desks sitting in murky water and mud and things like that,” Kington said. “So, that was the thing for me, when I actually went to the meeting and saw those things, it made me want to help out even more. We go to school at a major university, and we don’t even think about the fact that those kids are going to school in those conditions.”

The Tiger teammates will be on the service trip from March 15 through March 22. They will fly into San Pedro Sula, Honduras’ second-largest city, and travel to the municipality of El Progreso to begin work.

Students Helping Honduras works year-round to fight Honduran poverty through education, and the particular school the Clemson athletes will be working to build was begun by a separate group.

“It’s a continuous thing,” Weston said. “They had already started building the school during the winter break trip, so we’re going to go and finish it.”

One of the athletes, Andreski, has older siblings who have been on similar service trips, and after hearing them tell the tales of their trips, was excited when she got the opportunity to go herself.

“Besides going and helping build the school, I’m looking forward to just interacting with these kids,” Andreski said. “I’ve seen a ton of pictures, as well as pictures from my older siblings about going. Just seeing the kids’ smiles after you spend time with them and the pictures we viewed at the interest meeting, they left me speechless from the joy that people bring them by going to visit.”

Tiger head coach Eddie Radwanski said he hopes the trip has a similar effect on his players’ teammates after they get back and share their stories that hearing from her siblings had on Andreski.

“Hopefully they’re setting the tone for the future where possibly the team would do this,” Radwanski said. “This is almost like our scout team. These are good people to go on a trip like this, and they will be able to come back and give not just only me, but their teammates, some feedback on the adventure.”

Of course, the trip isn’t all work and no play. The sport all the girls came to Clemson to play is very popular in Honduras, as it is in most places around the world.

“We’ll also get to play soccer with the kids over there, so obviously that’s something that means a lot to us,” Kington said. “That was another reason why we thought it would be cool to go. We’re going to try to take a bunch of Clemson gear over to the kids.”

Of course, the trip to Honduras is about doing good for others, but the players all say they expect to get plenty out of it, as well.

Radwanski admitted he is proud to see his players representing the program with such a benevolent cause.

“It speaks volumes for their character,” Radwanski said. “These are super kids, and their hearts are in the right direction. Part of being at Clemson is not just to get a great soccer experience – we’re worried about the whole person.

“This is an opportunity for them to expand as young women and give back in some way, and this is something they’re doing selflessly, which is part of the core values of what our team is about.”

“This is just the beginning of a lot of good things that they’re going to do in their lives going forward,” he added.