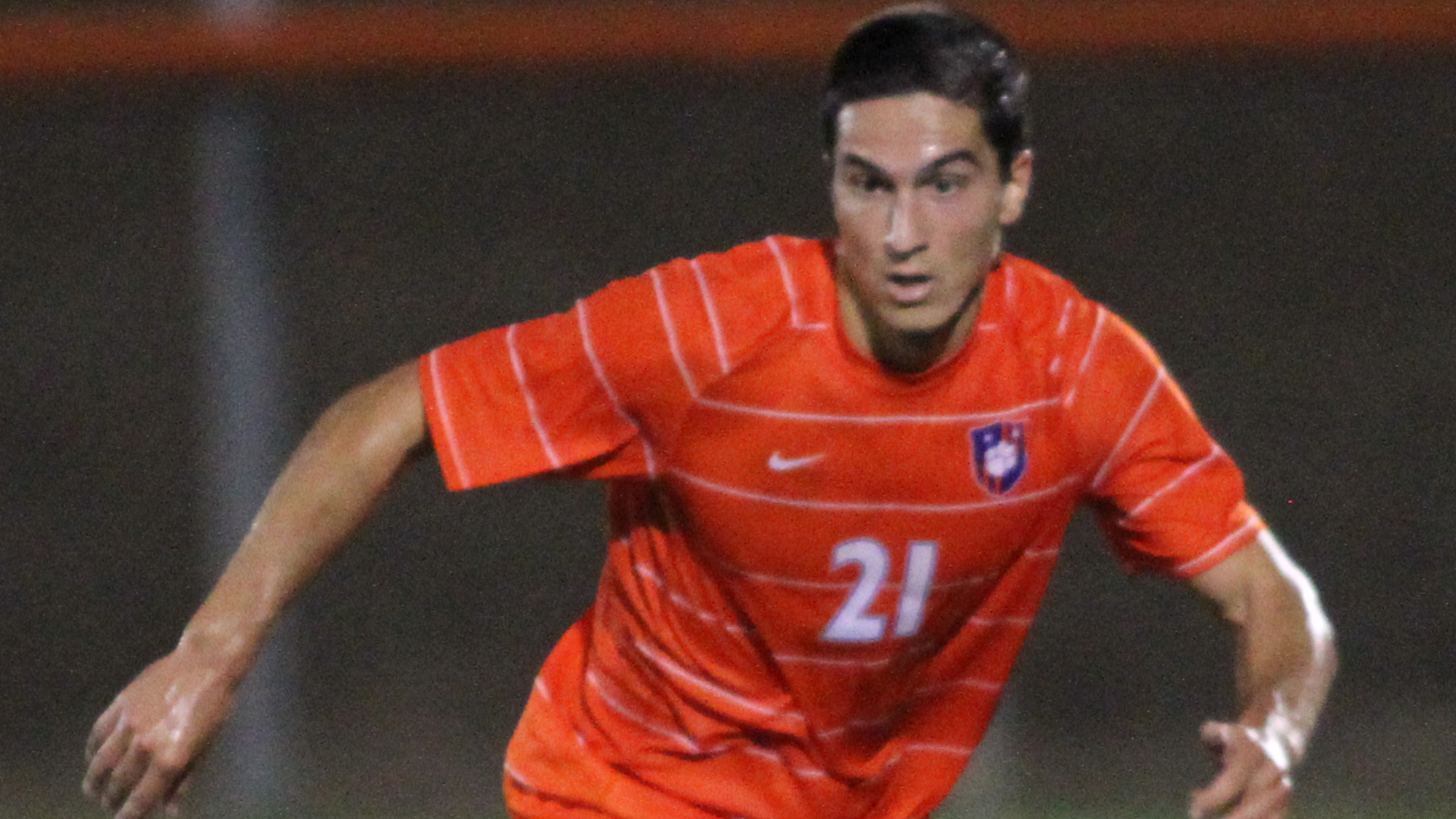 CLEMSON, SC – Ara Amirkhanian grew up close enough to Historic Riggs Field that he could have run home after Clemson’s 2-0 win over Virginia on Friday night, so the significance of being a key player for the Tigers is certainly not lost on him.

The junior midfielder remembers watching the 2005 team that advanced to the Final Four and the 2006 team that made the Sweet 16. He remembers Wolde Harris, the program’s all-time leading scorer who played at Clemson from 1993 to 1995.

“I remember all of it,” he said with a smile.

For a bit of perspective on the depth of Amirkhanian’s knowledge of the Clemson program, consider that he was born the same year Harris arrived on campus.

Amirkhanian starred at nearby Daniel High School with his father, Serji, as his coach. When the opportunity presented itself to take his skills to the next level for the program he grew up down the street from, the decision was a “no-brainer,” he said.

“It’s a fantastic story,” head coach Mike Noonan said. “His dad was a professor here in the engineering department, and he was one of the first people I met when I got here. The story of Ara Amirkhanian is pretty special. I’m proud when he scores big goals, and I’m just proud of him and his maturity. He’s a straight-A student. He does a lot of really, really good things.”

Amirkhanian did really good things Friday night. With the Tigers already leading 1-0 by virtue of a Tommy McNamara free kick that Iain Smith helped get past the keeper with a nifty dummy, Amirkhanian found the back of the net to make it 2-0 at the 38:16 mark.

“I saw Bobby (Belair) receive it. He had time and space, and I just made a square run, then cut in, and he played a great ball,” Amirkhanian said. “I saw the keeper lean toward the back post, so I went near post and scored.”

Clemson dominated play, particularly in the first half, against the 15th-ranked Cavaliers. It had eight shots to Virginia’s one at the intermission and finished with a 13-6 edge in that respect.

As a midfielder, Amirkhanian spends most of his time in the middle of the park, but he certainly isn’t shy about getting forward and becoming part of the attack when the chance presents itself.

“I love to attack; I love to score,” Amirkhanian said. “So, that’s what I’m up there for – to score goals.”

“We do have a strong freshman class and better players, but the mentality is really the biggest difference,” Amirkhanian said. “Everyone is competing in practice, and we have more of a winning mentality on the field. We’re changing the story, that’s our motto.”

Amirkhanian’s goal was his first of the young campaign, but he was the team’s leading returning scorer from last season with 12 points. He was second on the 2012 team with five goals, two of which were game winners, and also scored against No. 2 Maryland in the semifinals of the ACC tournament.

“Ara scores big goals at big times, and I’m just really proud of how he’s continued to progress as a player,” Noonan said. “He scored a big goal last year in the ACC semifinals, and this is his first one this year. But he puts himself in really good places, and he works really hard. Like our team will hopefully continue to do, every game Ara plays he gets better and better.”