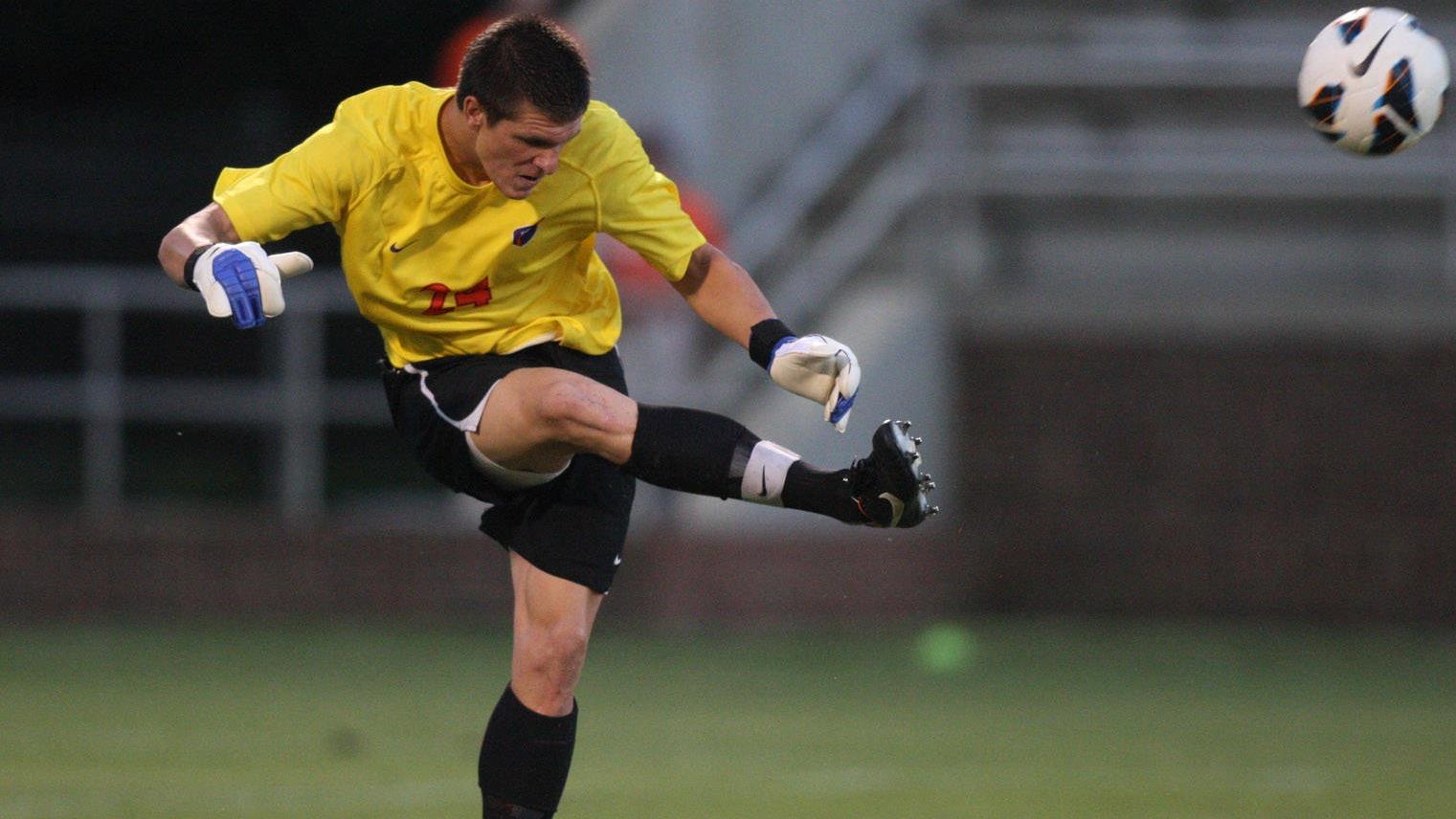 CLEMSON, SC – He spent most of the night looking on from the sideline and waiting for a goal, not so differently than the 2,000-plus chilly Clemson soccer fans who turned out Tuesday for the Tigers’ ACC Tournament quarterfinal against No. 24 Boston College. But all along, Chris Glodack knew if the match went to penalty kicks, he would have a chance to win it.

And so while the match went through 90 minutes of regulation and two 10-minute overtime periods without a goal – just as the regular season meeting between the Tigers and Eagles had done – he bided his time running through penalty kick scenarios in his mind.

Glodack kept coming back to what goalkeeping coach Liam Curran had told him: “I know you’re going to save three.”

And when he crossed the white line onto the pitch to take over for injured keeper Cody Mizell with the season on the line, Glodack turned Curran’s words prophetic.

After both teams converted their first penalty and Clemson’s TJ Casner curled his attempt into the top corner, Glodack stepped up and made a diving save on a low shot by BC’s Colin Murphy.

Both teams failed to convert their next attempt, with Glodack watching the Eagles’ shot sail wide. And when the Tigers’ Amadou Dia sent BC keeper Justin Luthy the wrong way and eased his attempt into the right side of the net, Glodack stepped back onto the line with a chance to end the match.

“Lefties always like to go open to their body, and I’m always confident when I go against lefties,” Glodack said of facing BC’s Isaac Taylor. “I always stay calm with everyone else, but with lefties, I’ll move around a lot and try to mess with their heads.”

And Glodack’s mind games worked to perfection, as his diving save sent the Tigers into the ACC Tournament semifinals, where they will face top-seeded Maryland – which they also drew with during the regular season – Friday in Germantown, Md.

“They gave me a little heads-up so I could be warm and I could get ready as much as possible,” said Glodack, a redshirt freshman from Myrtle Beach, “but I was just so focused on trying to win it that I didn’t think about coming in cold. Just do my job, and my job was to come in there and save them.”

Glodack said afterward that Tigers head coach Mike Noonan had told him before the game that Mizell was carrying a bit of injury and he would be called upon should the match go to a penalty shootout.

“Every player on this team knows what their role is, and Chris has played his role terrifically this year,” Noonan said. “He redshirted last year, and this year when he was called upon he won three games for us and now he’s won a penalty kick shootout. I am extremely proud of him.”

While the Tigers (6-8-5) ultimately survived to advance, they certainly had chances to finish the match without the drama or stress of a penalty shootout, which had ended their season at the same stage a year ago.

“We’re all relieved,” Noonan said. “But we’re not going to get carried away because we won a game on penalty kicks.”

For his part, Glodack admitted playing behind the junior Mizell this season had been a trying situation, but said he appreciated the faith Noonan showed by turning to him Tuesday.

Glodack lived up to that high standard Tuesday, delivering the Tigers their first win in a penalty round since 2002, when they won over Coastal Carolina 1-0 in sudden death penalty kicks in an NCAA Tournament match.

With the victory, Clemson advances to the ACC semis for the first time since 2005.

“Historic Riggs Field and the history of the program is something we value a great deal,” Noonan said. “And to be able to bring back a playoff victory to this field – I told the players they have to be brave to change the world, and we changed something tonight in terms of what has happened here in recent history.

“Hopefully this is one of many in the future.”