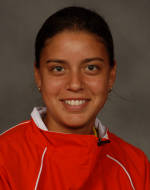 ACC Women’s Tennis Scholar-Athlete of the Year Kristi Miller of Georgia Tech heads up the 2008 team. Duke, Georgia Tech, Miami and Virginia Tech each placed three players on this year’s All-ACC Academic Women’s Tennis Team. To be eligible for consideration, a student-athlete must have earned at least a 3.00 grade point average for the previous semester and maintained at least a 3.00 cumulative average during her academic career.