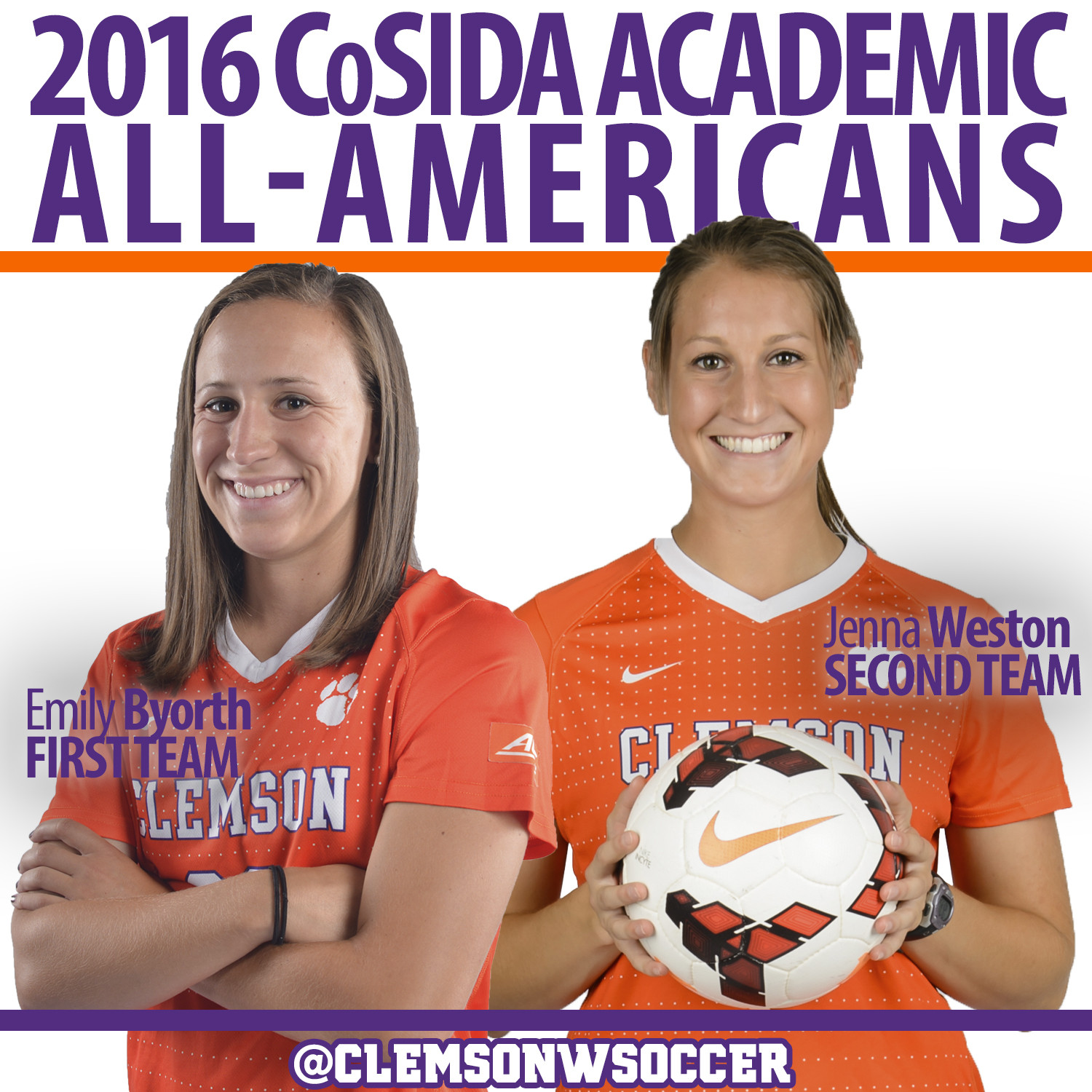 CLEMSON, S.C. – Senior defender Emily Byorth and senior forward Jenna Weston were named CoSIDA Academic All-Americans as announced by the College Sports Information Directors of America on Tuesday, Nov. 22. Byorth was named to the first team and Weston to the second team. It is the second career Academic All-America honor for Byorth, as she was a second-team honoree in 2015.

Byorth started 22 games on defense for the Tigers in 2016, helping the team hold its opponents to an impressive 0.71 goals against average for the season. The native of Dublin, Ohio also contributed to the Clemson offensive, adding three goals and two assists for eight points. Byorth has a 3.99 cumulative grade point average and will graduate from Clemson in May 2017 with a degree in Health Science.

Weston ranked in a tie for second on the team in scoring in 2016, with six goals and three assists for 15 points. Five of her six goals on the season were game-winners, a figure that ranks in a tie for 25th in the nation in that category. Weston, who is from Mooresville, N.C., has a perfect 4.00 cumulative GPA for her Clemson career, and is set to earn her undergraduate degree in Management in December 2016.

Byorth and Weston are two of just five women’s soccer players from the Atlantic Coast Conference to earn Academic All-America honors, and Byorth was the only first-team honoree among all players in the conference. This is the third straight year that Clemson has had at least one player named to the CoSIDA Academic All-America Team.