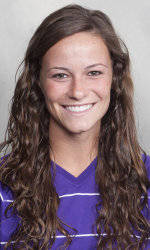 GREENSBORO, NC – Junior forward Maddy Elder and freshman midfielder Liska Dobberstein were named to the 2011 All-ACC Academic Women’s Soccer Team as announced by Commissioner John D. Swofford earlier this week. The academic accolade is the third straight for Elder, while it is the first career honor for Dobberstein.

Dobberstein ranked second on the Clemson team in scoring in 2011, recording six goals and five assists for 17 points during her freshman campaign. The health science major from Charlotte, NC played in all 18 games, starting 15, on the season. Dobberstein was also named to the ACC All-Freshmen Team in 2011.

To be eligible for All-ACC Academic Team consideration, a student-athlete must have earned a 3.00 grade point average for the previous semester and maintained a 3.00 cumulative average during her academic career.