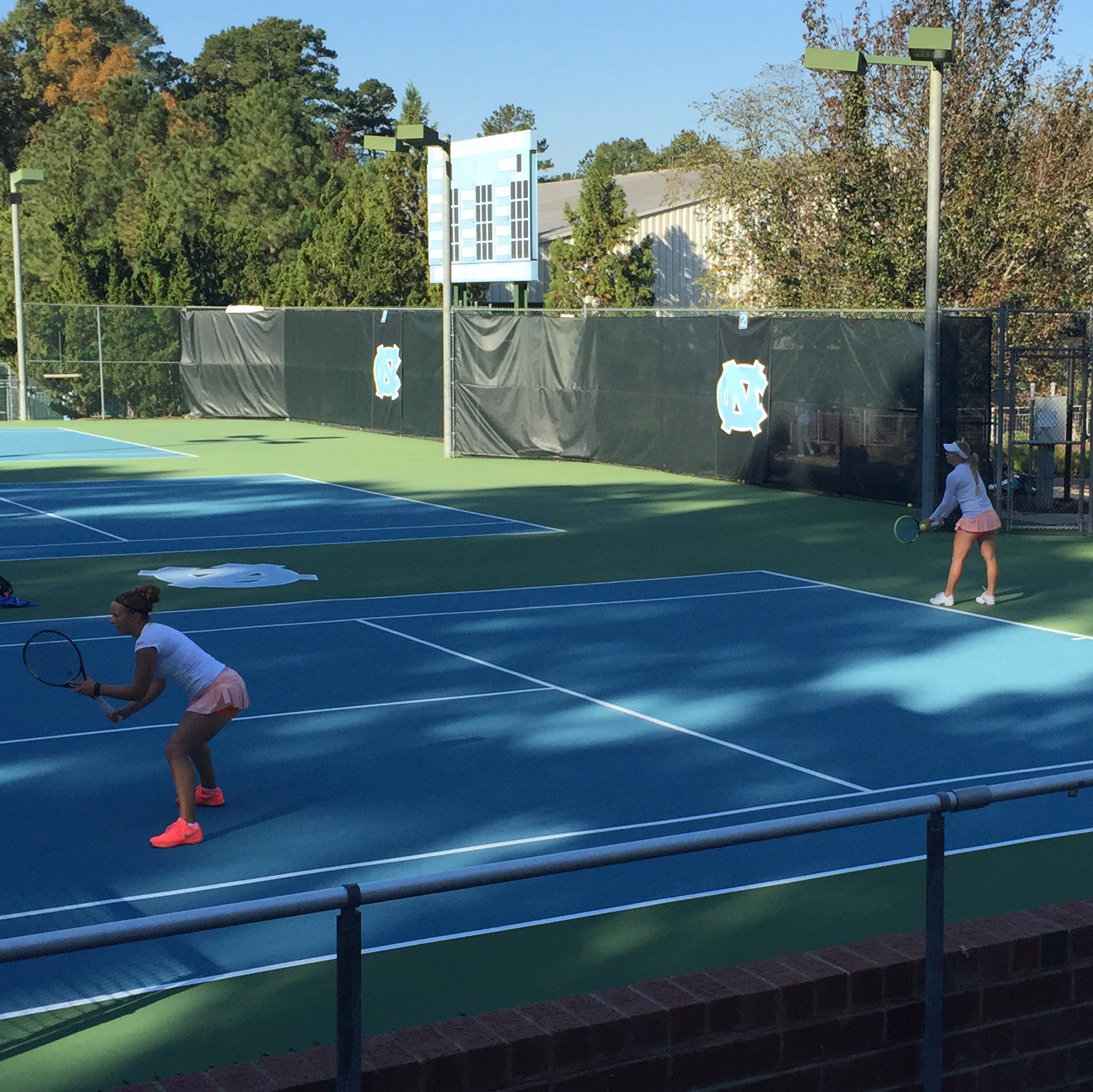 CHAPEL HILL, N.C. – Senior Joana Eidukonyte and freshman Theresa Piontek upset the top-seeded team in the doubles draw to advance to the quarterfinals at the ITA Carolina Regional in Chapel Hill, N.C. on Friday. Eidukonyte also had a successful day in singles, winning two matches to reach Saturday’s Round of 16.

In singles play, Eidukonyte defeated Olivia Lucas of Elon and Ava Todd of Davidson, both in straight sets, in the first and second rounds, respectively. She faces North Carolina’s Chloe Ouellet-Pizer in the Round of 16. In other singles action, sophomore Daniela Ruiz and freshmen Piontek, Fernanda Navarro and Ally Miller-Krasilnikov all advanced in their first round matches on Friday morning before falling in the second round in the afternoon.

In the doubles draw, after a first round bye, Eidukonyte and Piontek defeated Charlotte’s Martin and Pahlett, 8-6, in the second round on Thursday. On Friday in the Round of 16, they upset the top-ranked team in the doubles draw, Beatrice Capra and Ellyse Hamlin of Duke, 8-2. The Tiger duo faces Winthrop’s Humberg and Uzelac in the quarterfinals on Saturday.