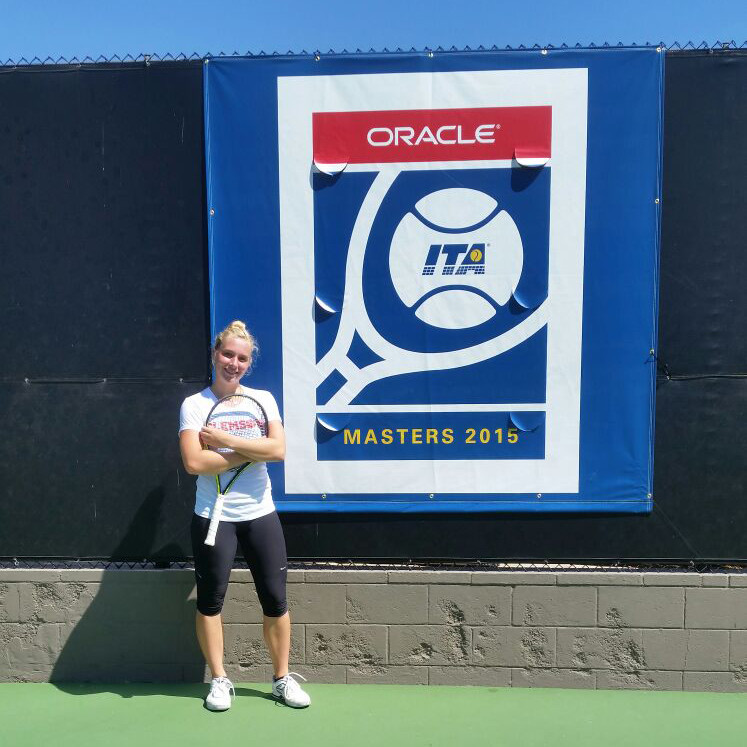 CLEMSON, S.C. – Two days after earning a national ranking of 11th in the Intercollegiate Tennis Association preseason singles rankings, senior Joana Eidukonyte is set to begin play in the inaugural Oracle/ITA Masters. The tournament, which is held at the Malibu Racquet Club in Malibu, Calif. on Sept. 18-20, is the first national collegiate championship of the 2015-16 season, and the women’s singles draw features 16 of the top returning players in Division I tennis.

Eidukonyte, a senior from Vilnius, Lithuania, faces Klara Fabikova of Cal in the first round of the singles draw on Friday, Sept. 18 at 3 p.m. ET. Fabikova, a senior from the Czech Republic, is ranked 16th nationally according to the preseason poll released earlier this week by the ITA.

In the fall of 2014, Eidukonyte won the singles title at the USTA Collegiate Clay Court Invitational at Disney, and reached the finals of the ITA Carolina Regionals. For the 2014-15 season, she was 37-7 overall, 22-3 in dual matches and 12-2 in ACC singles play. She reached the Round of 16 of the NCAA Singles Championship, thus earning All-America honors in singles, and was also a First-Team All-ACC honoree in 2015.