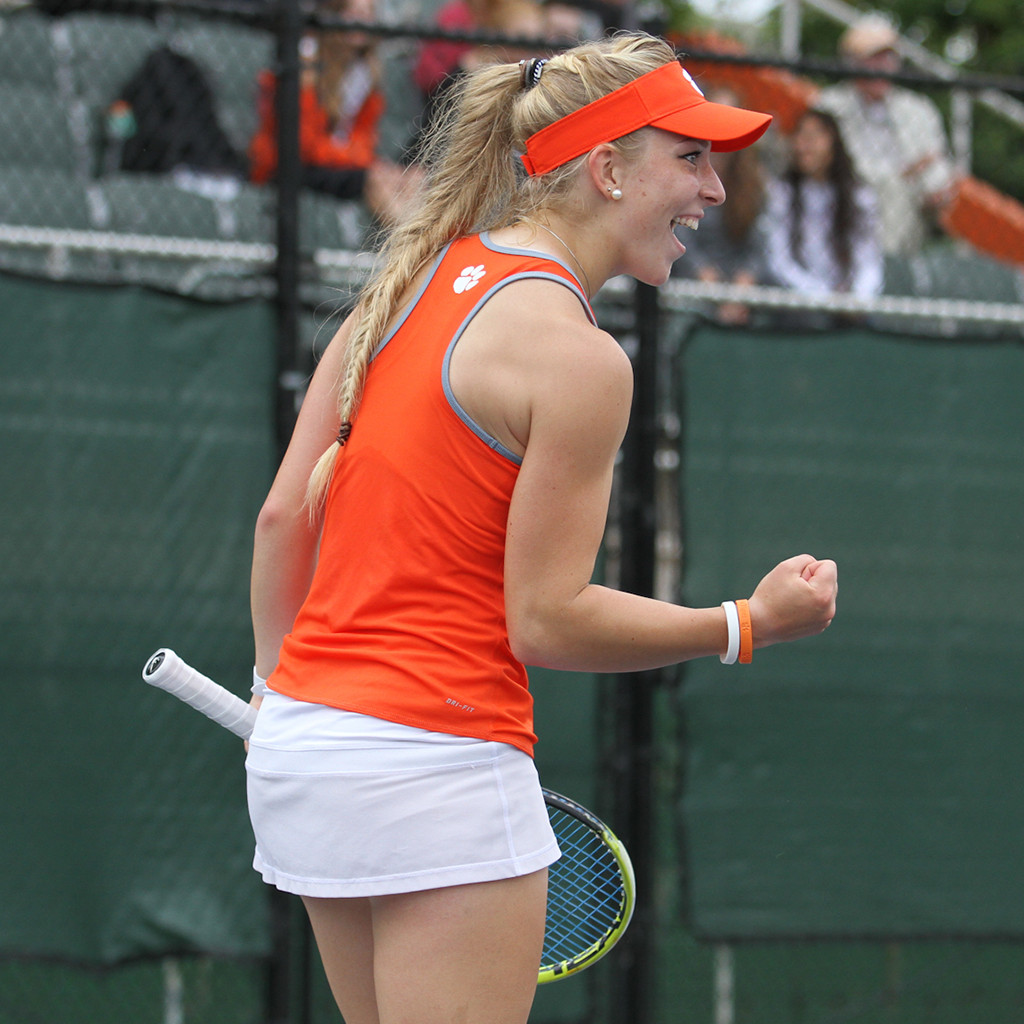 WACO, Texas – Joana Eidukonyte and Beatrice Gumulya won their first round matches in the NCAA Singles Championships on Wednesday in Waco, Texas on the campus of Baylor University. With the wins, both players advance to the second round of the national singles tournament on Thursday.

Eidukonyte, a 9-16 national seed in the tournament and the nation’s 12th-ranked singles player, defeated No. 29 Joana Vale Costa of LSU in straight sets, 6-2, 6-1, to improve to 36-6 in 2014-15. The 36 wins place Eidukonyte in a tie for seventh in Clemson history in terms of singles victories in a single season. The junior from Vilnius, Lithuania faces the winner of the first round match between Catherine Harrison of UCLA and Francesca Fusinato of Virginia Tech.

Gumulya, ranked 60th nationally, defeated 95th-ranked Cindy Nguyen of Hawaii in her first round match by a score of 6-1, 6-4. With the win, the senior from Jakarta, Indonesia improved to 29-9 on the season. Gumulya moves on to the second round to face Stephanie Wagner of Miami, a 9-16 national seed in the singles draw. Wagner defeated Baylor’s Blair Shankle (No. 41) in two sets in her first-round contest.

Senior Romy Koelzer’s Clemson career ended on Wednesday with a three-set loss (7-5, 2-6, 6-4) to 85th-ranked Sophie Watts of Fresno State. The native of Betzdorf, Germany concluded the 2014-15 season with a 20-13 overall record in singles, and her four-year collegiate career at 83-42 overall. She also finished her Tiger career as a two-time All-ACC honoree (Third Team in 2014, First Team in 2015), a recipient of the ACC’s Weaver-James-Corrigan Postgraduate Scholarship and a member of Clemson’s Academic Hall of Fame.