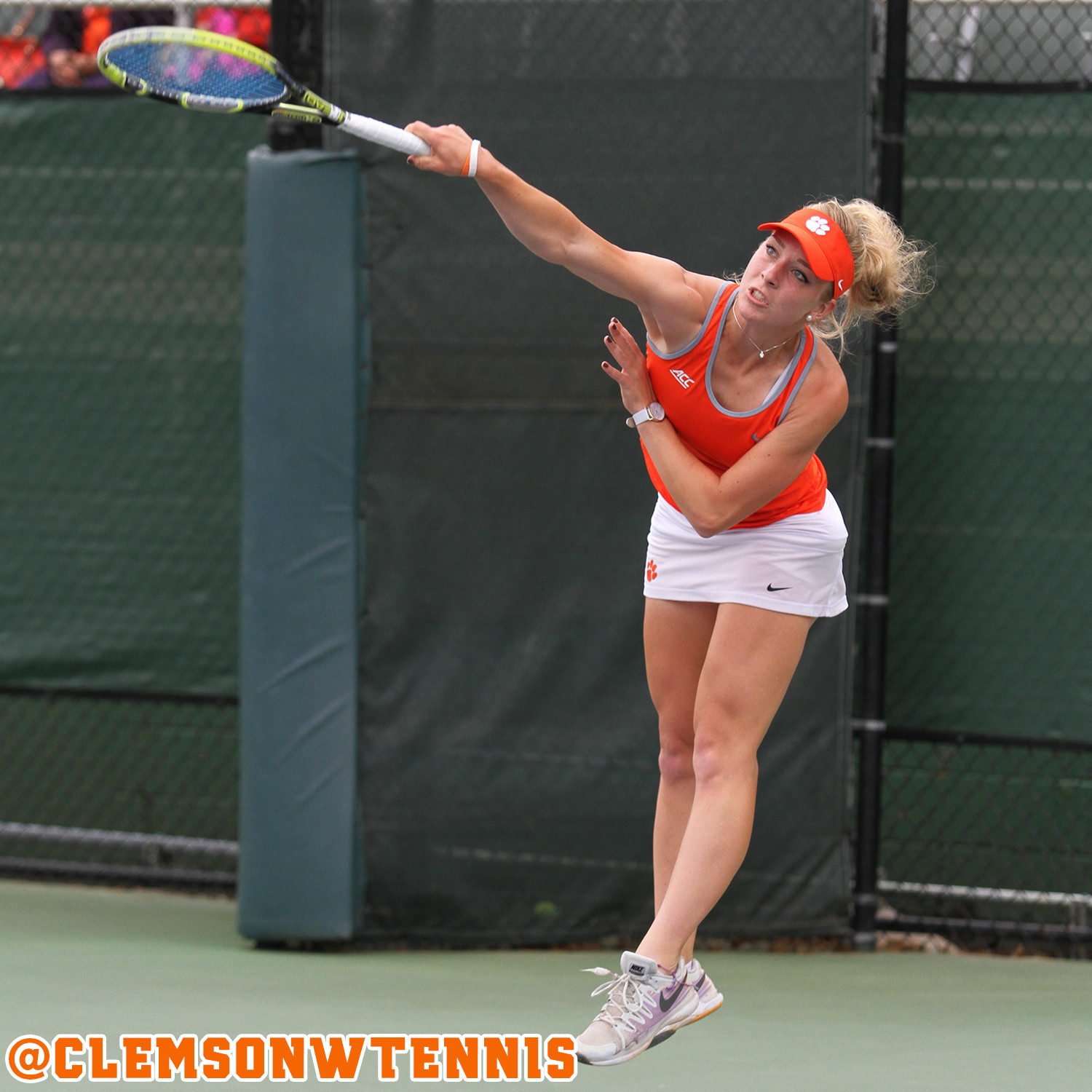 TULSA, Okla. – A decorated collegiate career came to a close for senior Joana Eidukonyte on Thursday when she fell in the second round of the NCAA Singles Championship in Tulsa, Okla. Eidukonyte, who is ranked 26th nationally, fell to 10th-ranked Breaunna Addison of Texas, 6-3, 6-2, in the Round of 32 of the national singles draw.

The Vilnius, Lithuania native concludes her Clemson career with a résumé full of impressive accolades. The one-time All-American and two-time All-ACC selection amassed a 74-29 singles record and a 55-23 doubles record in her three-year career as a Tiger. In 2014-15, she tallied a 37-7 overall singles record, moving into a tie for sixth place in Clemson history for single-season singles wins.

Eidukonyte was a singles finalist at the prestigious ITA National Indoor Intercollegiate Championships in Nov. 2015 and reached the semifinals of the Oracle/ITA Masters in Sept. 2015. She advanced to the finals of the ITA Carolina Regional in both singles and doubles play in Oct. 2015. After the extraordinary fall season, she ascended to No. 1 in the nation in the ITA singles rankings.