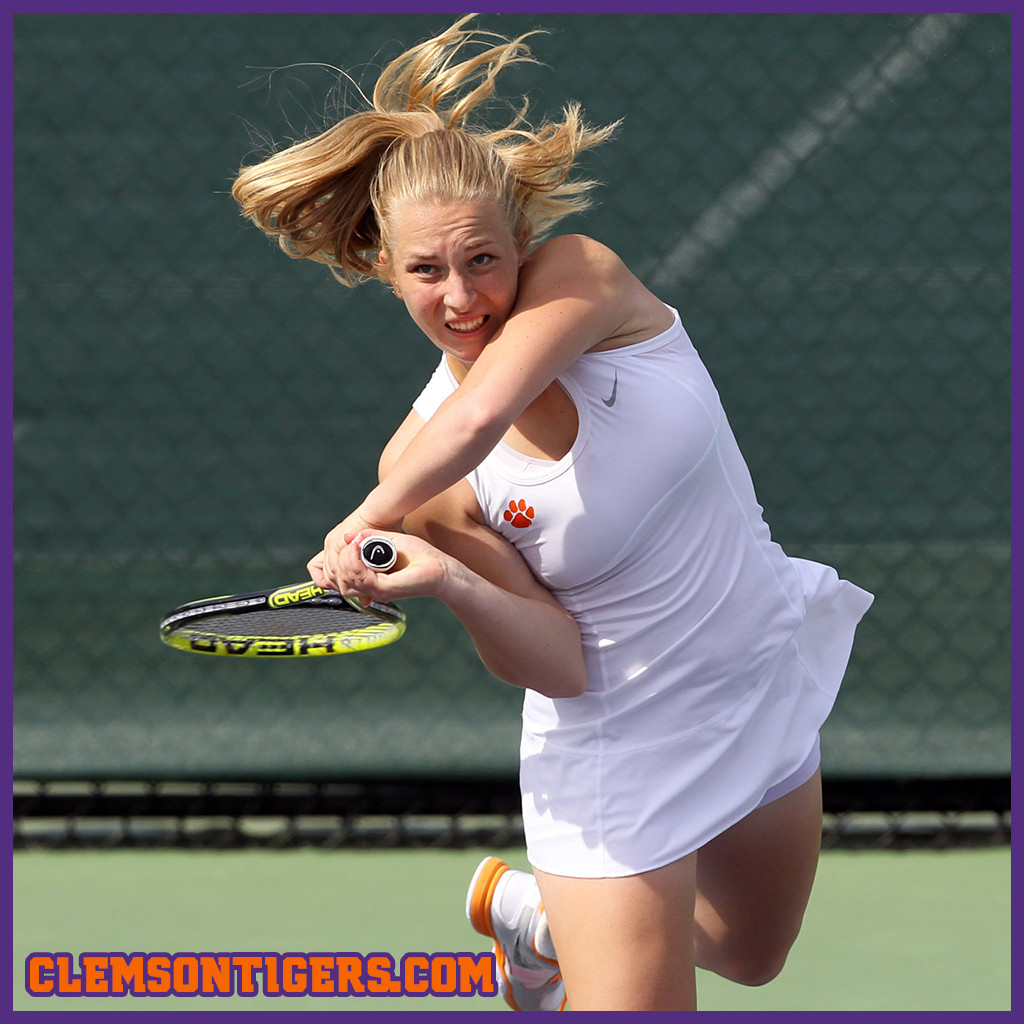 Eidukonyte Advances to Singles Finals in the Carolina Regional

CLEMSON, S.C.- Junior Joana Eidukonyte has advanced to Monday’s finals in singles play at the Carolina Regional in Chapel Hill, N.C. after defeating 12th-ranked Ester Goldfeld of Duke 4-6, 6-4, 6-4 in the semifinals Sunday.

Eidukonyte started off the tournament with a win over Tijana Uzelac of Winthrop, 6-2, 6-0. In the round of 32, the fifth-seeded Eidukonyte then defeated Casandra Vasquez of North Carolina 6-3, 6-2.

In the round of 16, she downed Samantha Asch of Wake Forest 6-0, 6-2. Eidukonyte then secured a win via walkover over #1 seed and third-ranked Hayley Carter of UNC in the quarterfinals before her matchup with Goldfeld.

In Monday’s finals, Eidukonyte will match up with her third Tar Heel of the tournament when she faces UNC’s Caroline Price. With a win, Eidukonyte would automatically qualify for the ITA Indoor Individual Championships in Flushing Meadows, N.Y. in November. Teammates Jessy Rompies and Beatrice Gumulya have previously qualified for the prestigious tournament by virtue of winning the doubles championship at the ITA All-American earlier this month.

A recap of the Tigers’ results from the entire ITA Regional tournament will be available at the conclusion of the tournament tomorrow.