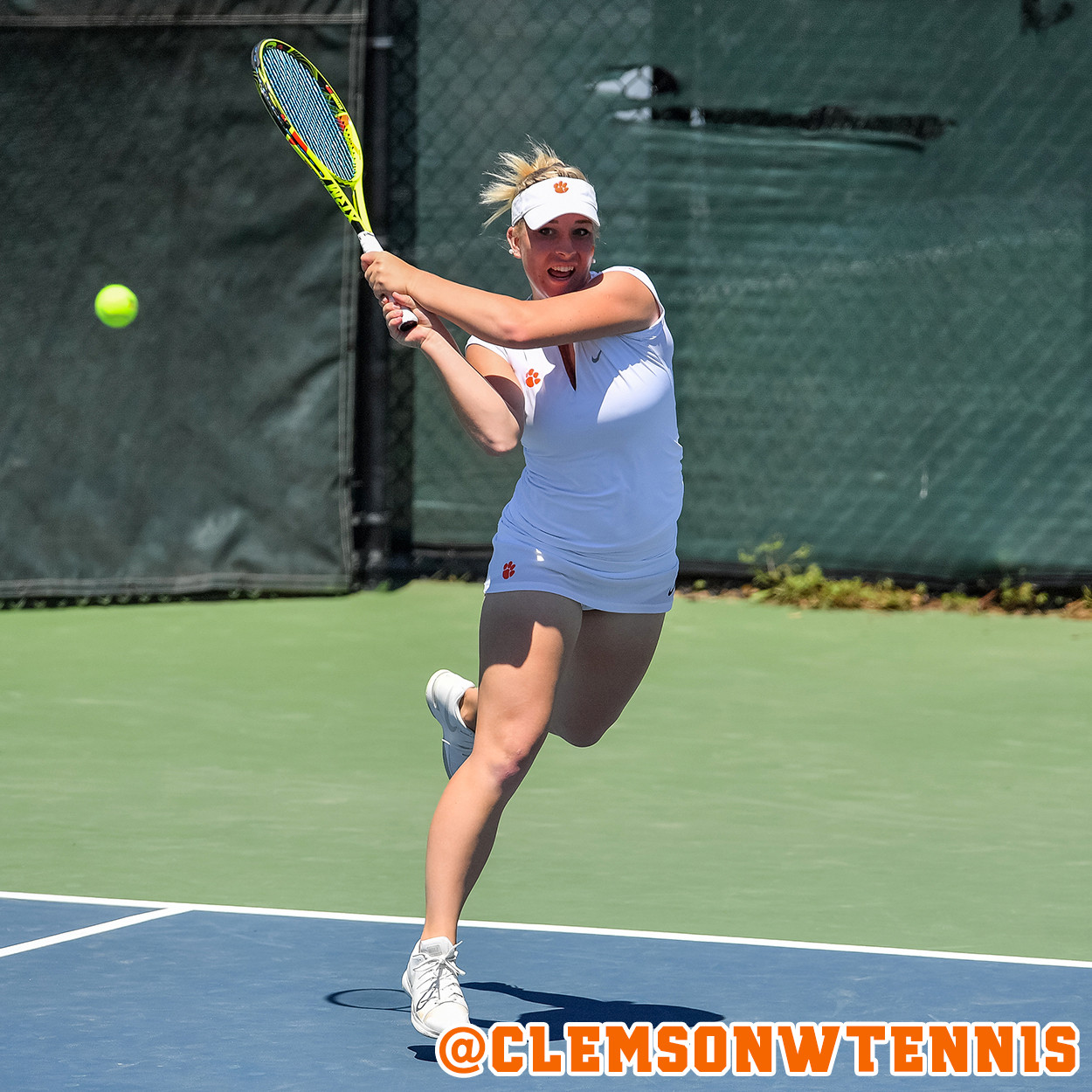 TULSA, Okla. – Joana Eidukonyte won her first round match in the NCAA Singles Championship in Tulsa, Okla. on Wednesday afternoon. With the win, the Clemson senior advances to play in the Round of 32 of the draw on Thursday.

Eidukonyte, ranked 26th in the nation in singles, defeated 107th-ranked Alexandria Stiteler of South Alabama, 6-2, 7-5, in the opening round of play. The native of Vilnius, Lithuania faces Breaunna Addison of Texas, a 9-16 seed in the singles draw and ranked 10th nationally, in the second round on Thursday, at a time yet to be announced.

The season came to a close for Clemson freshman Ayan Broomfield, ranked 51st, who fell in a tough three-set battle (6-2, 5-7, 7-5) to Tennessee’s Sadie Hammond, who is 50th in the nation. Broomfield, who hails from Toronto, Canada and was the 2016 ACC Freshman of the Year and ITA Carolina Region Rookie of the Year, concludes the year at 12-10 overall in singles play.