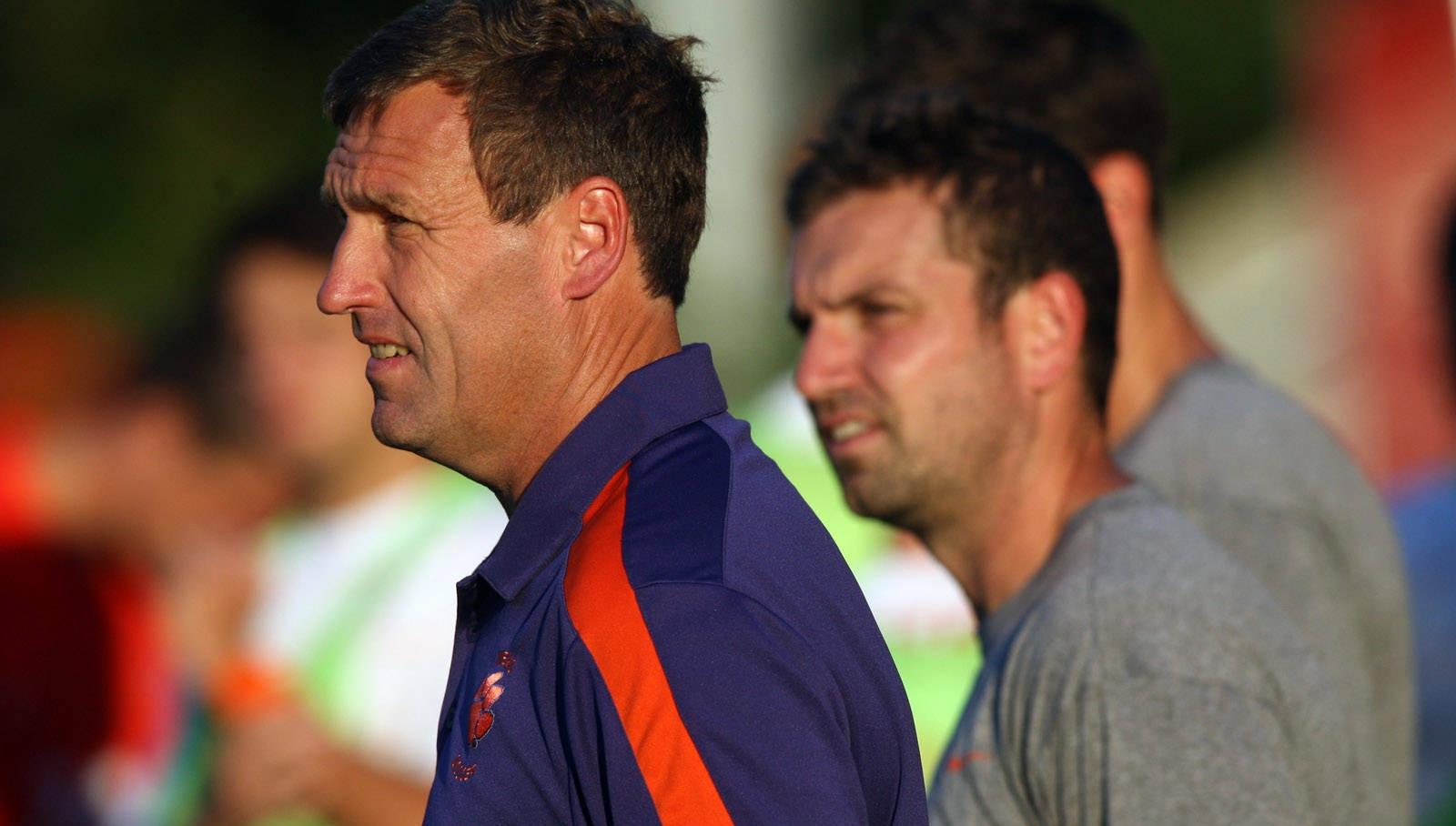 DURHAM, NC – Duke scored two goals midway in the second half as the Blue Devils defeated Clemson 2-0 in an Atlantic Coast Conference men’s soccer match at Durham, NC Friday night. Duke improves to 3-3 overall and 1-1 in the ACC.  The Tigers fall to 1-4-2 overall, and 0-1-1 in league play. Duke scored in the 68th minute as Ryan Thompson threw the ball in from the right and Riley Wolfe scored near the left post from his assist for his first goal of the year. The Blue Devils scored 3:15 later at the 70:29 mark as the Duke goalkeeper, James Belshaw scored on a penalty kick for his first goal of the season. Both teams had nine shots each, and Clemson had six corner kicks compared to Duke’s 5.  Clemson finished the match with six shots on goal as the Duke goalkeeper,  Belshaw finished the contest with six saves.  He made four saves in the second half.   Chris Glodack started in goal for the Tigers and he recorded one save. Clemson will play at South Carolina on Tuesday night at 7:00 p.m. in Columbia, SC in the Tigers’ next action. Duke 2, Clemson 0   Duke – Riley Wolfe (Ryan Thompson) 67:14 Duke – James Belshaw (Penalty Kick) 70:29 Shots:  Clemson 9, Duke 9 Corner Kicks:  Clemson 6, Duke 6 Saves:  Chris Glodack (CU) 1, James Belshaw (DU) 6 Fouls:  Clemson 13, Duke 13 Attendance:  1,107